Further evidence of the dynamism of Paris comes with the launch of a new specialist art fair, Opus — Ancient Arts (October 13-16). “There was no longer any great fair specialising in antiquities,” says Olivier Auquier of organisers Gus Adler & Filles, the team behind the Bourgogne Tribal Show, which introduced ancient art to its mix three years ago. “Understandably, dealers, curators and collectors wanted to gather once more for their own event.”

This inaugural edition brings together a select group of just nine respected dealers offering a range of Egyptian, Near Eastern, classical and pre-Columbian art. Its venue is the chic Galerie Joseph in the heart of the Marais — a space more associated with contemporary art and catwalk shows.

This is a bold move from an antiquities trade recently rocked by allegations that some senior individuals in the French cultural sector colluded in the illicit trafficking of works destined for the Louvre Abu Dhabi. “We felt it was important to move fast and make a stand. Most professionals in the field are honest and work with complete integrity,” says Auquier. “It is extremely important to us to be as transparent as possible and create an environment of trust.” He cites the strict criteria governing exhibits, the fair’s independent vetting committee and its partnership with the Art Loss Register.

As for exhibits, expect anything from the likes of a well-provenanced classical Greek head of a youth of the late fifth century BC (Galerie Cahn) to a pale green faience ushabti funerary figure in the name of Neferibresaneith, Wab-Priest of the King, from 26th-dynasty Egypt (Galerie Antonia Eberwein). You might also find a painted terracotta tripod ceremonial vase in the form of a seated man from the kingdom of Nicoya, Nicaragua, AD1200-1400 (Galerie Furstenberg).

The hope is to attract new or young collectors as well as seasoned buyers. To that end, several exhibitors — Laurent Dodier, ARTEAS and Alexander Ancient Art among them — are bringing a selection of objects priced at less than €1,000. For Alexander Biesbroek of Alexander Ancient Art, accessibility is not simply a question of price. “My main motivation for presenting objects is ‘narrative’,” he says. “Each object must tell a story, or at least allow me to tell a story about them.” 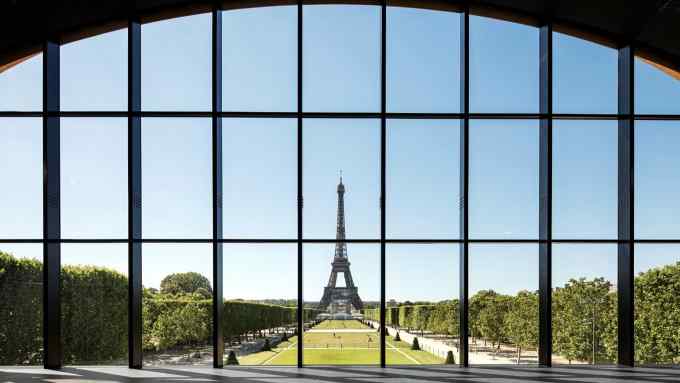