Pull on your hiking boots and hit these scenic trails

Tisbury circular, via Hindon and the Fonthill Estate – Wiltshire

This 13.6-mile circular walk meanders around the enchanting 9,000-acre Fonthill Estate – and some of Wiltshire’s finest countryside. Wending westward from Tisbury through Fonthills’s open fields and woodland, the route then heads north along the Wessex Ridgeway to the village of Hindon, marking the halfway point. As with any good winter walk, pubs are a key attraction, particularly The Lamb at Hindon and, in the latter stages, The Beckford Arms (which has wonderful rooms for an overnight stay). In the closing stages of the walk, you’ll pass Fonthill’s serene lake and one of the country’s largest thatched barns, which is now home to the popular Messums Wiltshire gallery. A direct train whisks you from Waterloo to Tisbury in an hour and 45 minutes, so this is also very doable as a day trip for Londoners.

Some 40 miles north of Newcastle, the fishing village of Craster is the starting point for a bracing yet beautiful eight-mile circular walk along Northumberland’s rural coastline. It begins with coastal grasslands – keep an eye out for eider ducks on your approach to the 14th-century Dunstanburgh Castle ruins atop a rocky headland. From here, the sweeping sands of Embleton Bay open up, and The Ship Inn awaits at Low Newton-by-the-Sea for a lunchtime tipple before turning back on a separate path slightly inland. Dog-friendly with largely flat terrain, this is a good route for families.

The Yorkshire Dales market town of Grassington is a real gem, with a cobbled square, pubs and tea houses – and wonderful walks to choose from. Take advantage of a public bus service to make logistics simple: park in Grassington and catch the 72 bus north to Kettlewell before embarking on a stunning seven-mile return walk.

Heading south on the Dales Way, the route tracks alongside Wharfedale – one of Yorkshire’s most beautiful valleys – and the River Wharfe. Expect breathtaking views across meadows and ancient pastures. You can extend the route to 10 miles by staying on the bus one extra stop to Buckden.

Located in the mountainous north-west of Wales, not far from Bangor, Cwm Idwal is one of Snowdonia National Park’s awe-inspiring geological features. It has long drawn curious visitors, including Charles Darwin, who in 1831 observed that the large boulders scattered in the valley contained marine seashells.

This family-friendly, three-mile circular walk takes you around Llyn (Lake) Idwal and back again, providing a real flavour of the park’s highest and wildest peaks without requiring the experience or knowledge to explore them. That said, Devil’s Kitchen is a natural extension that leads off this path for those who want a challenge.

This part of Dorset has a bounty of impressive walks – including Corfe Castle, Old Harry Rocks and Studland – and Worth Matravers is the perfect start and end point for walks along the Jurassic Coast, largely due to its cosy pub The Square & Compass, complete with flagstones and a wood burner (and plenty of car parking). This short three-mile circular loop sees walkers descend through rolling farmland before meeting up with the coastal path, where you’ll pass the abandoned quarries of Seacombe and Winspit, before looping back up a track to close the loop. The walk is easily extended if you want to see more of the stunning Purbeck coastline.

A walk of headlands and smugglers’ coves. Park on the beach at Polzeath and embark on one of the South-West Coast Path’s finest stretches, hugging the coast via exposed headlands and undulating into sheltered coves for about 10 miles. After rounding Pentire Point, the path heads north-east – and just before reaching the small hamlet of Port Quin, you’ll be met by the delightful 19th-century miniature fortress (or folly) of Doyden Castle, built by Samuel Symons to host friends and indulge in drinking and gambling.

Upon reaching Port Isaac, there’s a host of options to refuel. If you’re feeling extravagant, consider Nathan Outlaw’s one-Michelin-starred Outlaw’s New Road restaurant. Be sure to keep an eye out for Cornwall’s national bird, the chough.

At 912 square miles, the Lake District is the largest National Park in England and home to 214 fells, including England’s highest mountain, Scafell Pike. In winter, many of the most dramatic walks can be treacherous, but this one is good year-round and equally impressive.

Covering four-and-a-half miles and with a respectable 366m of ascent, this family-friendly circular walk has woodland, thundering waterfalls, open fells and wonderful views of Ullswater from the rounded summit of Gowbarrow. British fell-walker Alfred Wainwright described it as thus: “Flowers, heather and bilberries bloom on the pleasant little ridge where stands the summit cairn.”

A truly beautiful and testing nine-mile circular woodland walk, which (after clocking up a 500m ascent) rewards with panoramic views across rural Shropshire, Herefordshire and Wales at the summit of the High Vinnalls. Keep an eye out for goshawks and the long-haired fallow deer, which is only known to exist in these woods. After the walk, visit the historic town of Ludlow just a few hundred metres from the start point. Sir John Betjeman described it as “probably the loveliest town in England”, so be sure to stop by the 11th-century Ludlow Castle and the town’s abundant food and drink haunts.

One of England’s finest and most distinctive coastal walks, this linear route sets out from Dover heading north and finishes in the charming town of Deal, about eight miles away. After leaving the busy ferry port, you’ll soon be walking along the tops of the iconic White Cliffs of Dover. Pass by South Foreland Lighthouse to St Margaret’s Bay, once popular with smugglers (the tea room here is perfect for a warming cuppa).

From here, cliffs give way to tranquil pebble beaches and Walmer and Deal Castle, both built by Henry VIII in around 1539 to guard against French invasion. Deal Pier marks the end of the walk, from where you can catch a train to London in less than 1.5 hours. Hop on the bus back to Dover if you’ve parked at the ferry terminal.

Nestled in the heart of the Cairngorms National Park, the Royal Deeside village of Braemar (about eight miles from Balmoral) is the perfect base for numerous outdoor activities – and countless stunning walks. This gentle four-mile route starts from the village, and climbs around 200m up the nearby hill of Creag Choinnich – which has wonderful panoramic views of the Cairngorms – before descending through mature pine woods and looping back alongside the River Dee.

The route also passes close to Braemar Castle, which was constructed in 1628 by John Erskine, Earl of Mar, as a hunting lodge.

This 10-mile circular walk heads uphill out of the historic market town of Settle on to the limestone upland above the town. From here there’s fantastic views of Ribblesdale and the Yorkshire Dales National Park, and at the far end of the loop, the glacial lake of Malham Tarn. Easily accessible by public transport – it’s a one-hour train ride from Leeds – and with plenty of outposts to enjoy a well-earned meal in, it ticks all the boxes for a bracing winter walk.

Just down the road from Glyndebourne Opera House, Glynde is a quintessential East Sussex downland village – and the start and finish of this six-and-a-half mile walk. The route quickly segues into a National Nature Reserve, with the Iron Age fort Mount Caburn peaking above the horizon to the south. Soak in views of the Elizabethan manor house Glynde Place, as well as panoramas of the South Downs National Park, Ouse Valley and Lewes. Just one mile to the south is the chocolate-box village of Firle, situated at the foot of Firle Beacon, one of the highest points in the South Downs National Park. Here, tuck into a meal at The Ram Inn – a friendly country pub serving hearty British fare beside a warming fire. 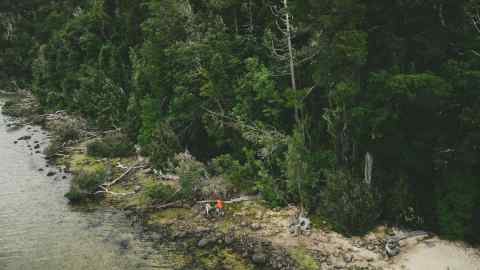 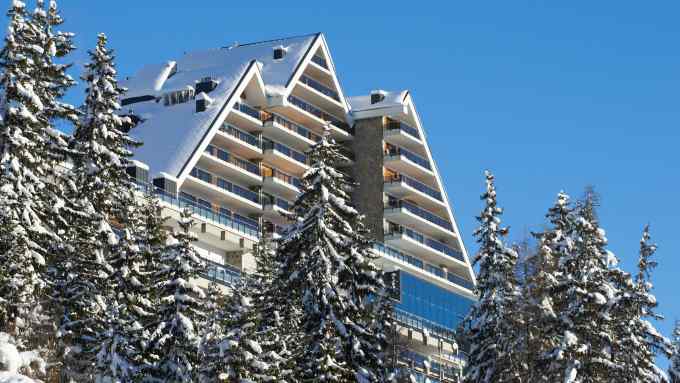