‘These pests are actually considerate. When they took a chunk out of my best Prada cardigan it was from a section that doesn’t show at all’
Susie Boyt 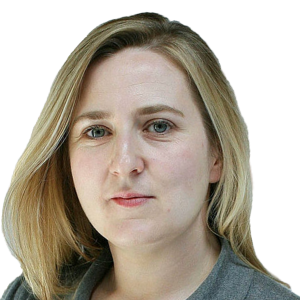 I know people who keep the truth for special occasions. Like fine wine or exquisite lingerie, it can’t just be squandered on an ordinary Tuesday. Sometimes, in arguments, you hear these people take up the very position you yourself held the week before, when they violently opposed it. How does that work? When you blink hard and rub the side of your head, they just shrug. Their self-expression isn’t so much personal as playful. It’s sport. Goodness, it’s wearing. If the fact that someone says something has no strong bearing on whether or not they actually mean it, conversations really take their toll. You have the sensation of mistakenly walking up the escalator that’s going down, while someone laughs and points.

Yet you only need one unexpectedly sincere exchange with a stranger for all the confusion to fall away and be replaced with a beacon of hope for the future of communication. In Marks and Spencer one recent afternoon, for example:

Sales assistant: “Would you like a ticket for the car park?”

Shop assistant: “Me neither, apart from driving people mad that is. Oh yes, I passed that test very young. Didn’t need any lessons. Oh no.”

Of course, sometimes you are the one who can’t help saying things that aren’t true. You tell yourself that walking around in a navy jersey, a skirt and a scowl, you could easily be mistaken for a truanting sixth former. You tell yourself you’d rather be quietly admired by a select few than worshipped by millions. (More dignified, less needy.) Then there are the days when you decide over and over again that the little tiny holes that have recently appeared in your best jumpers are a result of them catching on, I don’t know . . . hooks. But when it comes to these stray and random hooks dotted about your home, one thing is clear: they don’t exist. What do exist are moths.

The night before the mothman was due I thought of the pesky creatures gathering for their last supper. I didn’t quite envisage little linen bibs but I set the scene in my mind. I saw soft candlelight. I heard a string quartet playing “Love is Like a Butterfly”. I designed the menu:

The shallow ribbed cuff of a white angora cardigan

The corner of a sash from a navy silk jersey dress

A pink cashmere pom-pom (perhaps with a bit of kilted blackwatch tartan as a savoury?)

“Tomorrow, the mothman cometh,” I spoke the words into my wardrobe with ceremony. “So it’s last orders, fellas.” There was a distinct rustle in response, which was funny, because the mothman was called Russell.

These moths aren’t monsters. They’re actually quite considerate. When they took a chunk out of my best Prada cardigan it was from a section behind the neckline that doesn’t show at all. That’s class, no? And they are groovers: the only damage they’ve done to the carpet is in the warm patch under the speakers.

“I will do an assessment, then suggest the treatment,” the mothman said. It sounded a serious business; almost, well, psychiatric. I felt the desire to apologise. Certain amounts of shame, for me, are wrapped up in any visit of this sort. I don’t really like to be helped – I like to be the one who helps others – let alone assessed and treated. I know I am one for taking things personally. I felt a pang today when a musician on the radio described something as “a diminished seventh”. I couldn’t help feeling to blame. The prospect of the assessment put me on the back foot. I felt shabby. The side of me that fully expected my life to turn out like Nancy’s in Oliver! felt the old throb of wounded pride.

Would the van itself, parked outside, be emblazoned with “Terminex”, which sounds like a firm of hitmen specialising in romances gone awry? Were the moths a mark against me, morally, spiritually, hygiene-wise? Did they prove things about me I had always hoped weren’t true?

The fear I really nursed was concerning my “treatment”. Worst-case scenario was that it would be the same as was meted out to a friend by her mothman. She was told she must either throw out or dry-clean every garment, every blanket, in her home. That would be insupportable.

We would have to move.

Russell came, he saw, he conquered. I will have two follow-up visits three weeks apart. He was not overly judgmental. I could see I was in good hands. I will not have to get a whole load of new clothes.