BAME leader says his route into tech was a ‘statistical anomaly’

One, two, four, eight and 16: these numbers have changed the world. Underpinning the binary system in computer coding, this sequence reflects the progression of number one when doubled indefinitely. In coding, the progress of one is infinite. 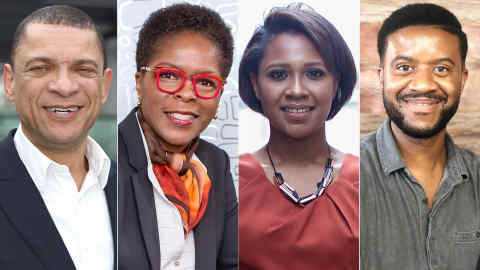 The numbers four, eight and 16 appear in another sequence, a regressive series of statistics on UK diversity.

In British primary schools, one in four children is black, Asian or minority ethnic (BAME); in the workforce, this number halves to one in eight; at board level, just one in every 16 members is from a BAME background.

Given the barriers to education and a lack of access, I would expect BAME representation to be even more scarce in tech. This group are more likely to be from an underprivileged background and despite a high proportion of BAME students taking Stem subjects for GCSE, they are less likely to study at a Russell Group university. This limits the number of BAME candidates who make it to interview with leading tech companies and it needs to change.

I am a statistical anomaly in the BAME sequence. My route into tech was not easy. In my early twenties, the sudden death of my father coupled with the failure of my fledgling business, prompted me to return to education, to invest in the future and change the course of my life.

It is only now, working in artificial intelligence and data, that I recognise how the principles of econometrics, statistics and pure mathematics underpin technological change. AI will change the way we live — but each step on this innovation journey is founded on skills gained in Stem subjects.

The connection between classroom maths and the cutting edge of disruptive tech may not be obvious for young people, but for BAME students in particular, the routes into tech need better signposts. While many families would like to see children go on to become accountants, lawyers or doctors, these ambitions prevail in BAME cultures.

To ensure young people within BAME communities recognise opportunities, tech companies need to reach out earlier. Children can make some of the most formative decisions of their lives between the ages of seven and nine: at this point they could switch off in maths and science or be inspired by those who engage with them using the tech they know and love.

It is encouraging to see computer science feature more prominently on school curriculums, but the tech community needs to go further, with apprenticeships, mentors and better messaging, to attract diverse talent.

In the UK, BAME consumers generate £300bn of annual spending, so organisations failing to tap into diverse communities risk compromising their commercial potential. The technology industry has made some good initial steps but needs to do more. As do non-tech businesses who are large employers and users of technology.

My final message is to encourage some self-analysis about how BAME talent is progressing within businesses and to urge more senior people to become mentors, to inspire the “ones” in our sequence over the next four, eight, 16 years — and beyond.

The writer is EY’s head of AI for financial services UK and EMEIA, and former chair of the Race Equality Board, Business in the Community