The Nordic corporate governance model is typically regarded as a North Star when it comes to openness, trust and responsibility. Yet, the recent Danske Bank scandal across the Nordics and the Baltics has painted a different picture.

The €200bn money laundering scandal has so far resulted in criminal investigations in the US, Denmark and Estonia, as well as costing the jobs of chief executive Thomas Borgen and members of his top management team. And scrutiny is now being directed towards the ousted chairman and members of the board.

Many observers ask how could this have gone undetected for almost a decade. Has there been a glaring gap in control functions? One of the bank’s conclusions is that employees were constantly over-reporting positive news, while playing down the negative. Could this have been avoided with more comprehensive reporting procedures?

Integrated reporting is a framework and a way of reporting where financial and non-financial information are considered in unison. This allows the company to better detect emerging threats and opportunities before they arise and it provides stakeholders — including investors, employees, customers and politicians — with insight on how the company operates and its wider impact, including the extent to which it is becoming more sustainable.

Fund managers — especially those involved in environmental, social and governance funds — are increasingly taking the concept on board. And large asset managers, such as Norges Bank Investment Management, better known as Norway’s oil fund, articulate it this way: “We aim to identify long-term investment opportunities and reduce our exposure to unacceptable risk.”

Corporate boards are following suit as they begin to accept companies must be accountable to society. Consumers are becoming more discerning and have the power to influence regulations affecting a company’s operating model directly. As such, it is in companies’ interest that their reporting is accessible and understandable to the public.

At the end of the 20th century, the Global Reporting Initiative was founded, and many companies deliver sustainability reports based on the GRI standard, in addition to their annual financial statement.

However, Mervyn King argues that while financial statements are critical, the sustainability report is meaningless without numbers. And, furthermore, he adds, “continuing to report in two silos is divorced from reality”.

Prof King’s visionary ideas led to the creation of the International Integrated Reporting Council — of which he is now the chair emeritus — and the development of the integrated reporting framework.

Large global companies such as Tata, Unilever, Nestlé and Novo Nordisk, have been pioneers in this field and the concept has now been adopted by more than 1600 companies in 67 countries on all continents.

According to Paul Druckman, former chief executive of the IIRC, “the latest evidence from the US, South Africa and Asia shows that businesses adopting integrated reporting benefit from a lower cost of capital, higher share price performance and a more dedicated investor base.”

The majority of companies, however, remain reluctant to implement the framework.

One reason could be the overwhelming number of reporting standards; all together there are 230 corporate sustainability standards for more than 80 sectors and 180 countries with acronyms such as GRI, FASB, IFRS, SASB — also dubbed “the alphabet soup”.

Initiatives are emerging, however, to respond to market calls for greater coherence, consistency and comparability.

These responses include a two-year project for better alignment of corporate reporting launched by the Corporate Reporting Dialogue on November 7 under the auspices of the IIRC. For its part, Danske Bank said it did not currently do integrated reporting but was considering the idea.

So, could integrated thinking and integrated reporting have helped to avoid the Danske Bank scandal?

Certainly. It might have at least helped the board and management to see the bigger picture, identifying the potential risk of the huge earnings from its Estonian branch, thus being able to connect the dots.

Nevertheless, integrated reporting is not a magic wand, and not a cure for wilful blindness.

The author is the founder and chief executive of FutureBoards, which aims to improve corporate governance 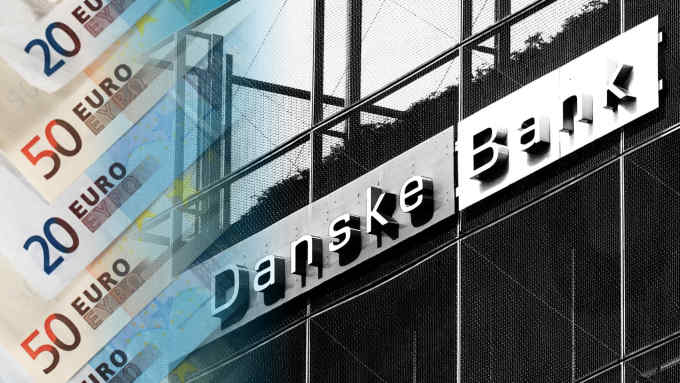