Innovation is more than amassing customers 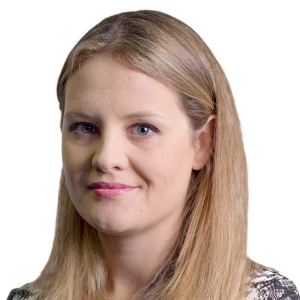 We’ll send you a myFT Daily Digest email rounding up the latest Innovation news every morning.

Governments have always taxed profitable businesses to amass revenues to pay for social services or game-changing projects the capitalist system would otherwise not support due to their lack of profitability.

The choice of particular sectors to receive public transfers was therefore democratically determined.

But now the opposite is becoming true. Investors are pumping unprecedented value into supposedly innovative but loss-generating business models. This is removing governments from the process of determining which ideas justify subsidies and which do not. It is also reducing their tax bases.

Instead, companies are aiming to build conglomerates that manage transfers from profitable enterprises to non-profitable enterprises behind closed doors. This means modern innovation isn’t about creating businesses that can stand on their own two feet. Rather it is about hooking customers with unsustainable services that will eventually need to be funded by more profitable and conventional businesses elsewhere.

Maximilian Tayenthal, co-founder of Europe’s most valuable fintech company, N26, valued at $3.5bn, noted last week that profitability wasn’t a “core metric” because the company’s backers “have very deep pockets . . . and are willing to support the company for many years to come”. Instead, he wants “millions and millions” of customers.

This implies investors believe the German online bank will eventually amass enough scale to make unprofitable services profitable, or move into sectors that can carry the unprofitable ones.

N26 is not alone in pushing aside profitability metrics as it focuses on establishing itself by way of customer count, revenue growth and valuation. Among start-ups valued at more than $1bn, profitability is the exception not the rule. The desire to achieve scale and through that bargaining power is the norm.

Take Deliveroo, the app-enabled food delivery business. The UK-based company’s aqua blue-clad couriers have changed the urban landscape, despite it never making a corporate profit. It announced last week that it would be expanding into the business of food procurement.

On one hand this makes sense. Deliveroo has amassed a legion of restaurant partners via its courier servicing business, as well as an army of food service contractors. By bundling those relationships together and acting as an intermediary, Deliveroo should be able to cut large-scale deals with suppliers to create cost efficiencies.

On the other hand, the company is entering a conventional wholesaler market without much experience or an innovative angle. Its edge is the captured clients it has established through loss-leading delivery operations. So, is this innovation or using scale to achieve bargaining power in related industries?

Restaurant media sites were quick to note that any gains brought about by Deliveroo’s entrance into food procurement would be offset by the increased cost of carrying an additional middleman in the system. Its entry, they also noted, risked making the sector more homogenous and less competitive. Deliveroo may claim it can source better quality ingredients, but the critics counter that it depends on the types of restaurants that join up.

The counterargument is that Amazon — which has both warehousing and supply chain experience — has invested in the company in recent months precisely because it can add efficiencies of its own. There are likely to be advantages gained from applying Amazon’s expertise to the Deliveroo model.

This is fitting because Amazon represents the apex of the “if we build it they will come and then, even if we don’t have profits, we’ll have scale and bargaining power” model, even with governments themselves. It has been an attractive proposition for investors. But it should not be confused for innovation.

The irony is, many of today’s most prominent tech disrupters came to market promising to help small enterprises, especially single traders and contractors, compete with larger groups. Their pivot into becoming conglomerates and bundling up independents in a bid to achieve profitability speaks of the lack of innovation at the heart of their original models.

Customers are better off going to lossmakers / From Ira Sohn, Professor of Economics and Finance, Montclair State University, NJ, US