Can you ever be rich and green?

The 1% who try are pilloried as hypocrites, but that does not mean their efforts are in vain
Rhymer Rigby

Consider Gwyneth Paltrow. Like many ultra-wealthy “celebtrepreneurs”, she talks a good green game. Her cars have included a Toyota Prius hybrid, she makes green speeches and she has won green awards. Yet she lives in several vast homes and travels globally, neither of which carries a light carbon footprint.

It is unfair to single out Paltrow — you could say the same of almost every rich person with a green conscience. Perhaps the best recent example of this was Google’s 2019 “Camp” in Sicily where the focus was on fighting climate change and, according to UK press reports, the Duke of Sussex gave a barefoot speech. Local outlet Giornale di Sicilia reported that 114 private planes were authorised to land at Palermo airport around the time of the event. Superyachts were also used as transport.

The Google greens were pilloried as hypocrites, but while this may be fun, in the western world this charge extends to much of the population. The management consultant who, pre-pandemic, flew twice a week is as bad, if not worse, than most celebrities. Big houses and SUVs are bad. Meat-eating is bad. Pet-owning is bad. And so on.

In fact, no matter how green we profess to be, few of us would squeak in under the 2.1 tonnes of carbon emissions per person per year that are considered sustainable. I may cycle everywhere like a good urban hippy but I still have plenty of flights to Asia in my closet. The problem was summed up in a report by Oxfam, which found the richest 1 per cent of humanity was responsible for just over 15 per cent of all emissions between 1990 and 2015, while the richest 10 per cent were responsible for 52 per cent.

The average American is responsible for 30 times the carbon emissions of the average Bangladeshi. Worse, as China is demonstrating, the journey to western levels of wealth is fuelled by hydrocarbon consumption. The Chinese are the biggest emitters in absolute terms, according to the Climate Action Tracker website. However, thanks to the industrial revolution, Europe and the US still come out tops for total historic carbon emissions. But historic carbon sins do not really help with the problems of now, so is it possible to live as part of the 1 per cent and be green?

One route many wealthy people take is buying carbon offsets — to fund, for example, tree planting or supplying a developing country with more efficient cooking stoves. They are not a bad idea in principle but, in practice, there are all sorts of questions, such as whether the trees will eventually be cut down (and so re-emit the offset carbon) or whether the stoves would have been replaced anyway.

Perhaps the strongest argument against offsetting is that it allows the rich to do as they please on a rather dubious basis. Carbon offsets are frequently compared to 16th-century papal indulgences (which effectively allowed the rich to pay to sin with impunity). The trouble is, changing one’s behaviour is hard. Not everyone can spend two weeks sailing across the Atlantic like Greta Thunberg. And there was even uncertainty about the carbon neutrality of that voyage: the Associated Press reported that crew would be flown to New York to sail the yacht back.

Moreover many “painless” green solutions look questionable when scrutinised. Electric vehicles may emit less CO2 than petrol cars, but all those rare-earth metals in their batteries have to come from somewhere. When you delve into mining in the Democratic Republic of Congo, where most cobalt (used to make batteries) comes from, claims of virtue — green or otherwise — start to crumble.

There is also the sheer complexity of working out all the environmental sins that go into the production of green cars, zero-emission houses and so on. Small-ticket items, notably phones, can also be bad news — a 2017 paper by researchers at McMaster University in Canada predicted greenhouse gas emissions from the information and communications industry could rise by a factor of between nine and 14 by 2040, to constitute a sixth of all emissions. Many of these would also involve rare-earth metals.

It is not unreasonable to ask why you should give up flying if China has 250GW of coal-fired power stations — more than the entire coal-power capacity of the US — under development. So, given the enormous behavioural changes, the questionable efficacy and the big picture, should you even bother? I suspect the answer is still yes. Much green innovation is still a work in progress. It will get better, and the rich can afford to take a lead and should do so.

As for the big picture, there is cause for cheer. One is that financiers now take greenery seriously. This year, BlackRock, the $7tn investment house, has taken voting action against 53 companies for their lack of progress on climate change.

Most important is that the cost of renewables continue to fall. Work is needed on storage and distribution, but the point is coming where renewables will be better and cheaper than fossil fuels in nearly all situations. This, rather than behavioural change, is our best bet — and here, at least, Gwyneth Paltrow is in the same boat as the rest of us. 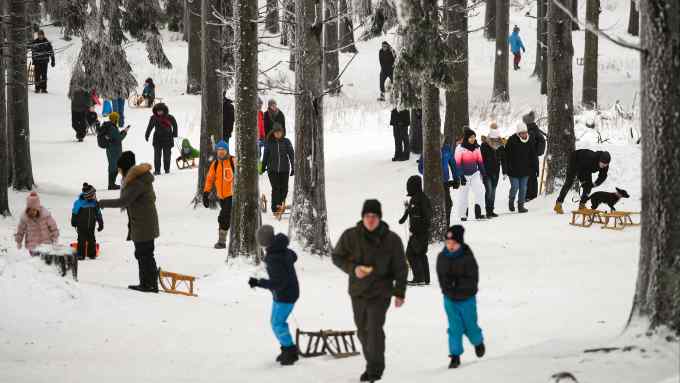