François Perras has worked for only one company since graduating from university 18 years ago.

He attributes this to two things. First, his employer, ArcelorMittal, the world’s largest steel producer, is big enough to offer career progression through different parts of the business every couple of years.

The second reason is that ArcelorMittal has the resources to develop his skills as a leader through its own university, so Perras has not felt the need to quit his job to study at business school full time.

“The company has always been capable of giving me more roles,” he says. “It has also invested the time and money in making us better leaders.”

The ArcelorMittal University was forged during the €26.9bn merger of Arcelor and Mittal Steel in 2006. The deal created the world’s largest steel company, but also brought together two very different businesses, creating a need for a major executive education programme, according to Brian Callaghan, ArcelorMittal’s vice-president of leadership development.

Callaghan, who in 2006 was only a few months into the job himself, was charged with overseeing the university’s creation by ArcelorMittal’s chief executive Lakshmi Mittal and the group board.

“They saw it as a vehicle for change,” he recalls. “It was an opportunity to bring Arcelor and Mittal people together for training programmes but also to translate the new vision, the new values, and the ArcelorMittal way.”

The ArcelorMittal University is part of a trend among large companies to create their own leadership academies to handle executive education rather than sending staff for courses organised by business schools.

Special ReportAndrew Hill
Looking after number one is not selfish 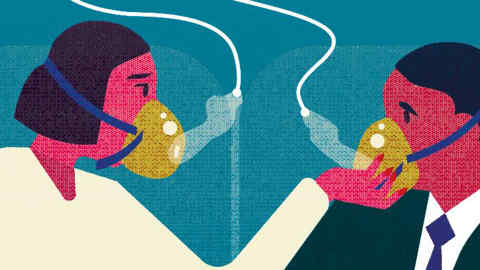 It is one of 20 in-house training schools with a Corporate Learning Improvement Process (Clip) accreditation from the European Foundation for Management Development, a body set up to assess the value of business schools but increasingly operating with corporate HR departments. A decade ago there were just 14 companies with Clip accreditation. In a year’s time there are likely to be 24, given that several companies are currently completing the EFMD review process.

Up-and-coming senior managers used to be sent to business school because development training was focused on the individual. Companies now want their top talent to learn about corporate transformation as well as develop their individual leadership skills, which means courses must be tailored to the company’s particular culture, according to Martin Moehrle, EFMD corporate services director.

Business schools have failed to adapt to this trend, Moehrle says, meaning that companies often find it easier to develop their own business education programmes. “The problem with business schools is that many have not moved out of their corner and provided more customised executive education programmes,” he adds. “There is a significant learning aspect to corporate transformation but that means building more customised programmes.”

The ArcelorMittal University built a campus on the existing training facilities run by Arcelor at its Luxembourg headquarters. ArcelorMittal’s HR executives developed three levels of leadership training, called Explore, Challenge and Pioneer, each of which involves a week of classes at the Luxembourg campus. They then invited business schools to pitch to provide teaching staff. It hired Duke Corporate Education.

ArcelorMittal executives sometimes travel to Duke’s campus in Durham, North Carolina, for some of the leadership training but the company controls the learning and Duke is periodically asked to rebid for the work against rival institutions. So far it has retained the contract.

Participants on each of the three levels of leadership training must be nominated for a place. Over the past decade, 4,447 ArcelorMittal staff have completed one of these courses.

François Perras was first invited to attend the ArcelorMittal University campus 12 years ago, around the time he was made head of service for a hot rolling mill, and completed the Challenge programme in a cohort of 20 senior executives. Getting picked for this course was a mark of prestige in itself, he says. “It gives you a visibility and a standing for what might be called a talent list.”

The bonds he formed with his classmates, with whom he still keeps in touch through an annual alumni gathering, have provided a lasting benefit to his career.

“If I have an issue with raw materials or a question about iron ore, I now have someone I can call in a favour on and get some better insight than the company-wide briefings,” he says. “These relationships permit us to go beyond the training we have to understand what is happening on the ground in different parts of the world.”

For the past eight months, Perras has been chief executive of the Long Products Canada division, overseeing the production of steel beams. This led to him being nominated for the Pioneer programme, aimed at the most senior staff, developing them for leadership at the very top of the organisation. At this level, Perras is learning to manage large teams of people. “There is a status to being picked,” he says.

One of the exercises was to put on a theatre production. The group was split into three teams, each managing a separate area of production, only coming back together for the final performance. “We realised that we all had to be very flexible and needed to challenge our assumptions,” Perras adds.

Staging a drama production might seem a long way from steel production but he saw the link between different teams in different places trying to work as a single unit.

“We are the future of the company,” he says. “We are seeing how we all fit together.”

This article has been amended because ArcelorMittal hired Duke Corporate Education, not Duke University’s Fuqua School of Business, as originally stated.