Chancellor Rishi Sunak has tried to turn the tables on Labour over the Greensill Capital scandal, after it emerged that a shadow cabinet member lobbied for the collapsed company to have even greater access to a UK government-backed loan scheme.

John Healey, shadow defence secretary, urged ministers in May 2020 to give Greensill the ability to offer loans of up to £200m under a Covid-19 loan scheme for cash-strapped large companies.

In spite of intensive lobbying by David Cameron, the former prime minister who advised Greensill, the Treasury capped at £50m the size of individual taxpayer-backed loans Greensill could offer.

In a letter seen by the Financial Times, Healey wrote to Nadhim Zahawi, business minister, in May 2020 urging him to allow Greensill access to the higher £200m cap of the Coronavirus Large Business Interruption Loan Scheme.

He said Liberty badly needed money and “their application for CLBILS remains dependent on their lender, Greensill, being accredited for the higher cap loan scheme, which I trust can now be done without delay”.

Healey noted in his letter that it was vital that due diligence was conducted. He told the Financial Times that he had no regrets in making the pitch as “the local constituency MP”.

“I was doing my job for the big Rotherham plant that Liberty had recently bought and expanded,” he said. He added that knowledge of Greensill’s business model was “the sort of thing people in the Conservative party had”.

Sunak has been criticised in recent days by shadow chancellor Anneliese Dodds for allowing Greensill to participate in the CLBILS scheme, in which lenders’ loans are backed by an 80 per cent government guarantee.

On Wednesday, the chancellor struck back. An aide to Sunak said: “Her playing politics has brought to light the fact that a member of the Labour front bench was lobbying on behalf of Greensill to be accredited for the higher cap loan scheme.”

Even at the lower limit, Greensill was still able to lend tens of millions of pounds through multiple loans to companies linked to Sanjeev Gupta, the steel tycoon behind the GFG Alliance, which has several UK assets. 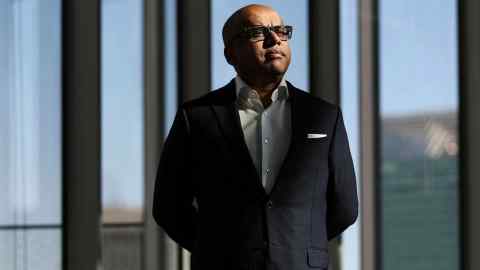 Meanwhile, Sunak confirmed in a letter to Dodds on Wednesday night that the government guarantee on the Greensill loans under CLBILS would be suspended while an investigation was carried out into the company’s participation in the scheme.

The probe is being conducted by the British Business Bank, the state-owned enterprise agency charged with administering the Covid-19 emergency loan schemes. Healey said he thought he had also lobbied the BBB to give Greensill greater access to the CLBILS scheme.

The Treasury’s decision to suspend the guarantees has shifted the burden of the troubled loans back to Germany. Greensill Bank, the collapsed financial company’s Bremen-based banking subsidiary, provided hundreds of millions of pounds in loans to companies linked to Gupta, on the basis that UK taxpayers would guarantee 80 per cent of the debt.

Greensill Bank is now insolvent, while its management is under criminal investigation, and German towns that put money in the bank are facing potentially catastrophic losses if money cannot be recovered from Gupta’s troubled steel empire.

Sunak argued that lenders did not have to be regulated by the Bank of England or Financial Conduct Authority to take part in the loan schemes. Greensill was one of three non-bank lenders accredited for CLBILS.

The BBB was under pressure to accredit as many lenders as possible, given the weight of demand from struggling companies. Fintech lenders and challenger banks were valued by officials because they can often make faster underwriting decisions.

Meanwhile, Greensill, alongside smaller lenders such as OakNorth Bank and Secure Trust Bank, were among more than 15 firms that had access to the larger CLBILS scheme.