During March, Saudi Arabia’s crown prince criss-crossed halls of power and corporate headquarters in the UK, the US and France, promoting the kingdom as an investment destination and political partner to its oldest western allies.

Mohammed bin Salman sealed billions of dollars worth of arms purchases despite criticism of the Saudi-led war in Yemen that has killed more than 10,000 civilians. Addressing both government and business leaders, he also used the trip to outline a vision for social change in the kingdom and an economic future rid of its reliance on oil revenues.

The month-long tour was his first since wresting the mantle of crown prince from his cousin last year. It aimed to reboot his relations with the global business community after the world was shocked by his corruption crackdown in November on hundreds of princes, businessmen and ministers.

While the government maintains the exercise was needed to root out graft, others saw it as a consolidation of his political power.

The Saudi ruler needs capital inflows to assist his reform programme, investing in sectors such as mining, retail and manufacturing. He seeks to tackle rampant youth unemployment while ushering more women into the workforce.

“The sweeping changes in Saudi Arabia are breathtaking in scope,” says Tarek Fadlallah, chief executive of Nomura Asset Management Middle East. He adds: “The optics of the international charm offensive by the crown prince have excited a global audience about the pace of reform in the kingdom.”

Highlighting his social changes, Saudi Arabia’s sovereign wealth fund — the Public Investment Fund (PIF) — which has been tasked with investing in transformative projects, signed deals with the Chinese-owned US cinema chain AMC Entertainment to open the first cinemas in the kingdom for more than three decades. The PIF also unveiled a grandiose scheme for solar power investment with Japan’s SoftBank, one of the kingdom’s most significant new investors.

Mr Fadlallah warns that it is difficult to attach a numerical value to such developments or accurately model any economic or financial impact. “Lost in the optimistic noise are the considerable fiscal difficulties that remain across the Gulf, along with bureaucratic challenges, deteriorating credit standings and rising interest rates,” he says.

The Saudi economy, which has been slowing since the oil price crash of 2014, slipped into a recession last year, compounding very weak growth in the non-oil sector in 2016.

Foreign direct investment in Saudi Arabia fell to $7.5bn in 2016, statistics from the United Nations Conference on Trade and Development show, from $8.1bn in 2015, well below the $18.2bn average before the global financial crisis.

Deep austerity measures have improved fiscal stability at the expense of economic growth, prompting the IMF to encourage the government to moderate the pace of spending cuts. Private sector confidence has taken a further knock with the incarceration of dozens of prominent businessmen in the crown prince’s anti-corruption drive.

Many are pushing on, however, says Alex Kyriakidis, Marriott International’s managing director for the Middle East and Africa, who oversees hotel brands including the Ritz-Carlton. He says Marriott still sees “unabated” demand for new hotels funded by local partners, as tourism plays a central role in the crown prince’s economic reform agenda.

Marriott, the largest operator in the kingdom with 23 hotels in Saudi Arabia, has 29 more scheduled to be built by 2022, translating into 6,000 more rooms.

Mr Kyriakidis is also planning an expansion drive aiming to bring on another 10,000 rooms over the next five years.

He sees “Saudisation” — increasing quota requirements for the employment of nationals— as one of the biggest tasks facing overseas companies. For decades, many Saudis have regarded hospitality as an unbecoming career, preferring to work for the state or the energy industry.

“If the government is hoping to achieve a vision of travel and tourism to create a chunk of growth, then it has to change this perception among the youth,” says Mr Kyriakidis.

Saudi is a whole other dimension in terms of size and importance. It is going to make a big splash

For its part, Marriott has seen hopeful signs. It has been training nationals and finding that especially women are keen to work in hospitality, even below management level.

Another area of focus is the stock market, which is being opened up to foreign investors and generating global interest.

The Tadawul stock exchange in Riyadh has introduced reforms to bring it in line with international norms.

The FTSE Russell index will by the end of next year include Saudi Arabia in its emerging markets index. This is expected to prompt $3.5bn of inflows, according to State Street Global Advisors, once passive funds that track the index include Saudi stocks in their portfolios.

The Tadawul could be included in the larger MSCI index by next year. On inclusion, Saudi Arabia would form 2.4 per cent of the index. Altaf Kassam, regional head of strategy and research at State Street Global Advisors, expects as much as $40bn in emerging markets funds to flow into the Saudi market in the years following inclusion in the MSCI index.

“Saudi is a whole other dimension in terms of size and importance,” he says. “It is going to make a big splash.” 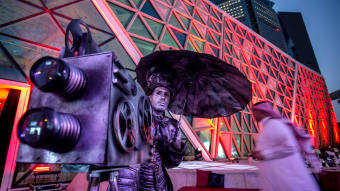