Boys on tour — why the menswear shows are going global

The men’s SS20 season has started, but the big names are going off schedule

On Wednesday in Shanghai — a city that, with 26.32m inhabitants, is the most populous in the world and the centre of the world’s second-largest economy — Miuccia Prada was holed up in a hotel finalising preparations for the Spring/Summer 2020 Prada menswear show: the first to be debuted outside of the label’s home city of Milan.

Meanwhile, across the globe in Los Angeles, Anthony Vaccarello was preparing a menswear show for the Parisian house of Saint Laurent, where he is creative director. It was the second time Vaccarello has elected to present a men’s-only show, and both have been in North America.

Both designers chose to eschew the established menswear weeks and cities (London, Milan, Paris) that typically map out the menswear schedule. In doing so, they kick-started the season without any competition for attention bar each other: in a scheduling snafu, they both took place on the same date.

“I wanted to show menswear differently, outside the frenetic rhythm of Paris Fashion Week,” says Vaccarello about his decision to step away from the schedule. “All those shows one after the other makes me feel a bit depressed. Why should I run after what the market decided a long time ago? Who decided men’s should show twice a year?” And who can dictate a schedule to two of the largest fashion brands in the world? Saint Laurent is set to break €2bn in turnover this year; in March the Prada group announced a rise in annual revenues to €3.14bn.

Globe-trotting fashion shows are by no means a new idea. Womenswear has been showing off-piste for several years, specifically for pre-collections, those interim ranges that are generally presented without muss or fuss around May and December and which make up a brand’s commercial core.

For brands that can afford it, showing outside of fashion weeks makes sense. This year, fashion data analytics provider Launchmetrics published a report charting the media impact of men’s fashion weeks in terms of the value of the publicity they generated — an indication of return on investment. Milan and Florence’s menswear showcases, combined, topped out with a value of €57.8m; Paris came in at €49.4m. By contrast, the AW19 Paris womenswear shows charted a media value of approximately €115m, as much as all the men’s shows combined.

Taking menswear on the road is a logical next step. The first show was staged by Saint Laurent under Hedi Slimane in 2016, when the label first decamped to Los Angeles — it was then Slimane’s home. In November, Kim Jones and Dior staged the first destination men’s show for pre-fall in Tokyo. And Domenico Dolce and Stefano Gabbana have introduced Alta Sartoria, the bejewelled, be-furred men’s counterpart to the handmade women’s Alta Moda range, when staging their extravagant multiple-day foreign fêtes.

Designers don’t often talk shop when discussing shows like this. When I ask Vaccarello if there is a business consideration to this show, his answer is definitive. “Not at all. I never think about ‘market expectations’.” Vaccarello’s is the official line — something repeated by multiple designers and countless chief executives when discussing travel around the women’s pre-collection shows. Yet there is obviously a business, as well as logistical, consideration. The choice of locations for these menswear shows feels strategic. Los Angeles can be tied to the identity of Saint Laurent: “You can breathe a ‘douceur de vivre’ that I can only compare to Marrakesh back in time,” says Vaccarello. “Now Marrakesh has been overused, becoming the city of ghosts. LA is the Marrakesh of today.”

Marrakesh was of course where Yves Saint Laurent hung out to be inspired (it’s also where Dior showed its latest resort show, so that was perhaps a barbed comment). But Los Angeles is very Saint Laurent circa now — its most recent advertising campaign features the Hollywood actor Keanu Reeves. Showing on his doorstep (as well as the doorstep of a multitude of his cohorts) makes for good attendance figures. And media impact.

“Now the world is one, and I decided to face it,” said Miuccia Prada of her SS20 Shanghai show, which bore no direct imprint of China in its inspiration. “It’s an instinctive choice.”

Her instincts were, evidently, right. China accounts for about 30 per cent of the worldwide luxury market, and Prada has previously restaged shows there to appeal to customers, as well as establishing Rong Zhai, a culture and art space inaugurated with one of those restaged shows in October 2017.

Miuccia Prada generally likes to show “at home”. Last month she showed her 2020 resort womenswear collection in the company’s New York offices, a former Piano Factory redesigned by Herzog & de Meuron. In Shanghai, she showed in the concrete enclaves of a gargantuan disused grain silo transformed for the evening by Rem Koolhaas.

That underscores the primary goal: not just to show in a different country, but to show a different (branded) world, of their own creation. That is the draw behind these excursions; the ability to make a mark, weave a dream, and hopefully make people buy into it. 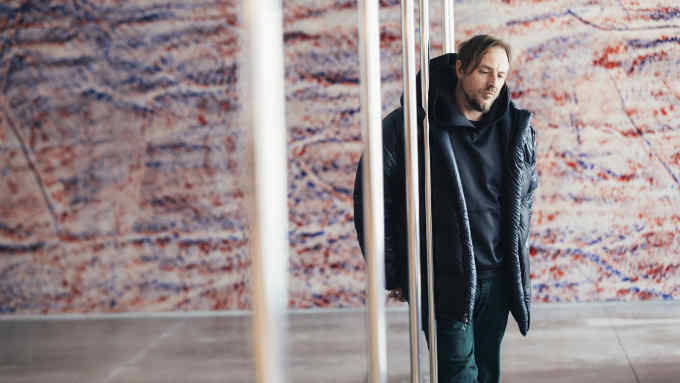