How is Ukraine using western weapons to exploit Russian weaknesses?

Henry Foy in Brussels and Ian Bott in London

Western intelligence, war photographers and thousands of hours of unverified camera footage posted to social media have depicted the defining images of Russia’s invasion of Ukraine: destroyed, burnt out and abandoned Russian tanks and other military vehicles, blocking roads or stuck in ditches.

Ukraine’s success in repelling Russia’s initial plan for a lightning advance and capture of Kyiv and other major cities owes much to its army’s consistent ability to target and destroy vehicles, inflicting both heavy losses and large delays to advancing convoys.

Often armed only with shoulder-launched, portable rocket launchers — thousands of which have been provided by western countries since the invasion began — small groups of Ukrainian troops have used their terrain and Russia’s tactics to their advantage, and helped lead a resistance that has surprised even Kyiv’s closest backers in the west.

The compact weapons used by Ukraine and the heavy artillery relied upon by Russian troops form the backbone of the contrasting tactics employed by both sides.

One of the main outcomes of a root-and-branch overhaul of the Russian armed forces that culminated in 2012, the battalion tactical group is the primary fighting unit of the country’s army. The US estimates that 100 of Russia’s roughly 170 BTGs — designed to be both quickly adaptable and possess high levels of firepower — have been deployed in Ukraine.

Armed with tanks, howitzers, artillery and air defence systems, they were envisaged as multi-theatre operators, with the ability to shift from rapid assault to long-range attacks and support operations for other units.

But their heavy reliance on vehicles — roughly 75 in each — and relatively low numbers of just 200 infantry troops makes them particularly vulnerable to attacks on their flanks or rear. That is especially true in a war where the terrain, the tactics and the level of Ukrainian military capabilities mean the BTGs are not fighting against similarly deployed and armed units.

Planned by Russian president Vladimir Putin among a tiny group of advisers, the invasion of Ukraine was a shock to many of the Russian troops deployed on the country’s border for “exercises”.

That meant the vehicles abruptly ordered to cross the border were in a poor state of maintenance and often with low quality tyres or spare parts, according to western intelligence officials and defence analysts. That made off-road manoeuvrability risky or impossible, as the large number of photos of Russian equipment abandoned in mud-clogged fields or with ruptured tyres or axles attest.

In addition, Vladimir Putin’s plan called for a rapid attack and capture of key cities like Kyiv, Kharkiv and Mariupol. That meant moving quickly down major roads and fighting for control of major junctions, rather than provincial towns or countryside areas.

Ukrainian troops drew two conclusions. First, they realised that no matter how large an armoured column was, it would only be as wide as the road, and could only move as fast as the front vehicles. And second, defending troops realised they could operate relatively freely in the forests, fields and villages along the sides of the road.

With little Russian infantry cover on their flanks, Russian vehicles proved vulnerable to ambushes from small teams of Ukrainian troops, picking off targets from cover that could then hide their retreat.

Key to these ambushes has been the widespread use of troop-carried, shoulder-fired anti-tank missiles, such as the US-made Javelin.

They were sent to Ukraine before the invasion began to allow troops to be taught by western military instructors how best to use them, and are now arriving in their thousands from countries all across the Nato alliance. Ukrainian and western officials have said those supplies are a critical backbone of resistance to the invasion.

Its compact size makes it easily transportable by fast-moving infantry, while the missile’s tracking system means it can be fired-and-forgotten, allowing troops to quickly leave the location of attack before the projectile has even struck its target. A double warhead also allows it to inflict serious damage on reinforced Russian tanks.

Other videos have shown troops using rocket-propelled grenades — lighter but less powerful and harder to aim — or one-man next generation light anti-tank weapons to achieve the same outcome.

Western intelligence officials broadly agree that one of Russia’s most costly military mistakes stemmed from its failure to destroy both Ukraine’s air force and its air defence systems in its initial barrage of precision-guided cruise missiles in the opening hours of the invasion.

That failure meant Russia did not gain air supremacy in the skies above the battlefield, a position it has used to devastating effect in Syria, for example.

In addition, the use of shoulder-launched surface-to-air missiles by Ukrainian troops to successfully attack Russian helicopters and low-flying fighter jets in support of ground forces has deepened Moscow’s reticence over deploying too much air power alongside advances. That has reduced both its surveillance and attack potential.

Russia has lost at least 28 aircraft and helicopters so far in the invasion compared to just 10 from Ukraine’s air force, according to the Oryx blog, which uses open source photography to compile its data.

Explore the series
READ MOREWar in Ukraine: free to read
What to expect as Russia warns of historic debt default 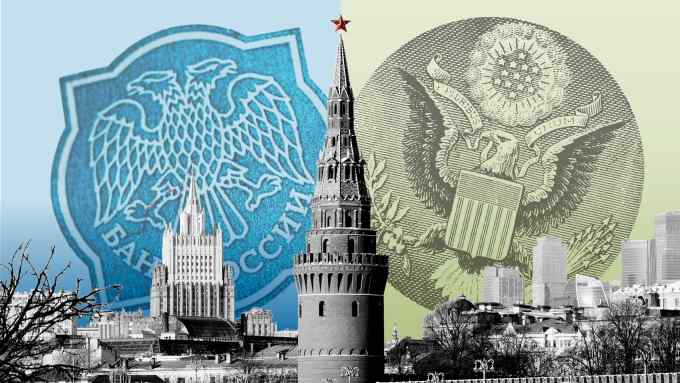