A Japanese lesson for Wall Street

During a trip to Tokyo last week, I made a little pilgrimage to the city’s Tama cemetery to pay my respects to an old acquaintance who died recently.

Outside Japanese financial circles, the name Katsunobu Onogi is barely known. Among the Tokyo elite, however, “Onogi” evokes considerable emotion; he was the last president of Long-Term Credit Bank (LTCB), an institution which, until it collapsed ignominiously in 1998, symbolised the postwar might of Japan.

These days, Onogi’s story has become a thought-provoking and humbling one, not just for Japan but for Wall Street as well. Indeed, I would venture that Onogi’s tale should be mandatory reading for western bankers, particularly on the 10-year ­anniversary of the great America subprime shock.

Why? First, some history. I initially encountered Onogi in 1997, when he was 61. I was working for the FT in Tokyo at the time. He struck me as charming and erudite: he had lived in London early in his career, when Japan was booming, and the experience had left him with an elegant command of English, a passion for its literature and an unusual openness to foreign ideas. So much so that when the Japanese banks started to sink under their bubble-era bad loans during the Asian financial crisis of that period, Onogi took the pioneering step of asking UBS, a Swiss group, to create a joint venture with LTCB, in a desperate bid to save his beloved bank.

It did not work. In 1998, LTCB fell spectacularly, and calamity followed: Onogi was briefly thrown into prison, accused of concealing the scale of LTCB’s bad loans (an accusation overturned by a Tokyo court 10 years later). His deputy and protégé committed suicide from shame. Senior managers lost their pensions. Then LTCB was sold to sharp-toothed American private-equity players, who renamed it Shinsei.

The saga was such a shocking symbol of Japan’s postwar rise and post-bubble fall that I later wrote a book about it, spending hours talking both with the US financiers and the Japanese bankers. My conversations with the latter were painful. These men had devoted their lives to the bank with utter loyalty, thinking that they were rebuilding the glory of Japan; in so far as they had concealed bad loans, they had done it to protect their colleagues, not to make themselves personally rich. Now their reputations and personal finances were shattered. During my interviews, some of these normally impassive middle-aged men would lay their head on the desk, sobbing silently.

Onogi himself was always courteous, gracious and humble. By 1999 he was no longer part of the elite that could afford to play (wildly overpriced) golf. But he played tennis. He voraciously read history books (he particularly loved accounts of the South Sea Bubble). And then, as his finances withered, he did something unimaginable to many elite Japanese men: he started collecting his grandchildren from school each day, while his daughters worked. All this left him increasingly philosophical about what had occurred. “I know my grandchildren,” he observed, citing this as an unexpected “blessing”. They adored him.

Then in 2008 there came a new, unexpected twist as the American financial crisis exploded and Lehman Brothers collapsed. Initially, Onogi and other Japanese bankers were fascinated by the parallels they saw with their own lives, and the senior managers who were being tossed out of their jobs. But then their stories diverged: in sharp contrast to their Japanese counterparts, the US bankers did not lose their pensions, or “voluntarily” decide to hand over their wealth. Nobody senior on Wall Street went to prison. Instead, they mostly kept their vast wealth intact, having run their banks to protect this. Many took on new jobs.

My Japanese banker friends could scarcely believe this. They did not think they had acted in a criminal way when LTCB (or other banks) collapsed. But they had never denied a sense of responsibility for the Japanese financial crisis. They were decent men and knew they were part of a system that had failed so shamefully. So why, they asked me, didn’t the US bankers feel any similar embarrassment? Why didn’t the Wall Street titans feel that they should give back some of their wealth?

I didn’t know what to tell them. Like them, I was dismayed that the American bankers had mostly escaped censure. But I was also dismayed by how brutally the Japanese system had treated the decent Onogi and his colleagues, given that what happened at LTCB — covering up bad loans and putting a flattering spin on the accounts — was standard practice in Japan at the time. Both systems, in other words, seemed deeply “unfair”, albeit in opposing ways, and I was unsure which was worse.

Either way, as I laid my flowers on Onogi’s grave last week, I just wished that more American bankers knew his tale.

Get alerts on FT Magazine when a new story is published

Explore the series
READ MORE
The problem with English 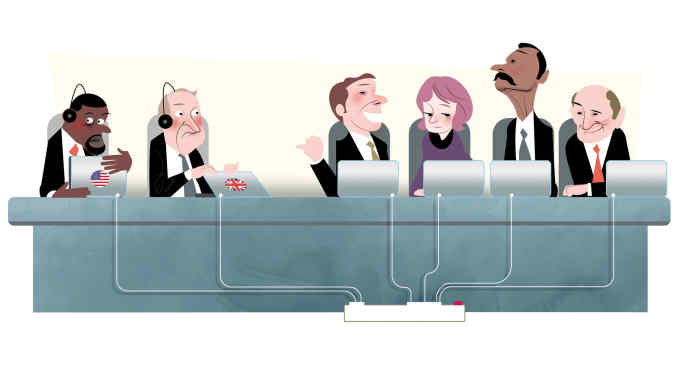