The plague of long-running feuds in family businesses

“All happy families are alike; each unhappy family is unhappy in its own way.” Tolstoy’s opening lines to Anna Karenina apply equally to family businesses, and no wonder. Add the volatile variables of companies to the multiple maladjustments of most families and you have a potent mix.

It would be hard for fiction to match, for instance, the saga of the Redstones, and their media companies Viacom and CBS. There is the patriarch Sumner, once an all-powerful mogul, now a frail 96-year-old, whose will to cling on to power was literally forged in fire, after he survived a hotel inferno by hanging from a window as flames ate into his flesh. And there is Shari, his daughter, often ignored and belittled, whose influence over the companies has waxed and waned in tune with her relationship with her ageing father — and Sumner’s own relationships with carers and girlfriends.

Last week, Ms Redstone won through, when CBS and Viacom agreed to her longstanding plan to merge the companies, separated by Mr Redstone 14 years ago.

Since King Lear, intra-familial strife has made for great theatre, and even better copy. If there is a contemporary fictional parallel, it may be Succession, the HBO series about media mogul Logan Roy that has just started its second season — partly inspired by the Redstones’ discord. In the opening episode of the show, 80-year-old Roy up-ends his succession plans by announcing: “Kids — I’ve changed my mind: I’m staying on as CEO and head of the firm.” Mr Redstone’s own pronouncements eclipse even that shock declaration. When he was 91, he told the Hollywood Reporter he would not discuss succession because “I’m not going to die”.

Among my favourite real-life family feuds is the long-running battle between Gina Rinehart, the Australian mining magnate, and some of her children, over a family trust. When it reached court in 2012, she contended the collapse of the trust might be in the kids’ best interest “personal development-wise” because it would force them to reconsider “their holidaying lifestyles and attitudes”. That will have resonated with any parent who has had to close the Bank of Mum and Dad to further withdrawals.

The compelling Murdoch show, surely soon to enter its last season, also continues to grip viewers, with father Rupert shuffling and reshuffling the succession cards as the fate and finances of his offspring dangle in the balance. Like many such families, the Murdochs had to resort to group therapy in an effort to cut through the tangled knot of their personal, financial and corporate interests.

Plenty of long-running family companies have weathered brutal succession battles and ensured cultural harmony and long-term balance. At another US media company, Comcast, founder Ralph Roberts managed a harmonious handover to son Brian. “The elder Roberts never second-guessed his son. And the younger man never stopped consulting with his father. He actually wanted his father to come to work every day,” Joe Nocera wrote of the congenial succession process in The New York Times in 2007.

I’ve argued before that the vitriol-powered ambition of some family members can, just occasionally, provide strong, if unstable, fuel for advancement of personal and corporate interests. But infighting is almost always value-destroying for any outside shareholders and often soul-destroying for the participants.

CBS and Viacom are a case in point. Shari Redstone’s mission was helped by the decline and fall of CBS’s over-mighty chief executive Les Moonves. But by wrangling over the future, the Redstones, onetime kings of content, wasted time and, more damagingly, squandered opportunities. Meanwhile, rivals consolidated in the face of rapid digital change, including Murdoch-controlled Fox, which merged with Disney this year.

Mythology is another fount of family division, mostly featuring sons bent on seizing power from their fathers. (King Pelias’s daughters did chop him up and cook him, but they had been tricked into thinking a quick boiling would rejuvenate the ageing ruler, which is not a recommended succession plan.)

Ms Redstone’s story, though, is only the latest in what will be a new series in which daughters rather than sons take on their parents. It offers some lessons for those prepared to ignore Tolstoy’s warning against generalising about malfunctioning families. Keep a low profile; find trusted managers who can run the businesses under your supervision; and be patient. Death and disease will fell even the hardiest and most stubborn dynast.

Finally, don’t expect the end of one feud to put a stop to all future feuding. In the annals of family business, unlike in fiction, it is rare for everybody to live happily ever after. 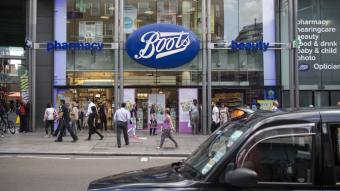 A big shift in thinking says corporate executives must look beyond profits to broader stakeholder interests, while companies in Hong Kong face pressure from China over staff who join the mass protests. Here’s the best of this week’s opinion and analysis