Over the past few weeks the FT has covered the many ways Covid-19 is affecting the legal sector, including litigation tensions emerging as companies try to find a balance between bringing employees back to the workplace and the risk of legal action from those who fall ill.

Law firms have been preparing how to reopen offices themselves as lockdowns ease, introducing face masks, social distancing measures and rota systems to ensure workers take it in turns to go into the office.

When to return is a contentious topic, and for the time being most lawyers remain working from home for the foreseeable future, though some have found a better family balance and closer camaraderie with colleagues that they hope will last beyond the pandemic.

In the past week, as legal sector FT subscribers read about reshuffles at the top level of DWF, Full Disclosure highlighted leadership lessons from ESPN hit basketball documentary The Last Dance. We also delved into the inside story of Allen & Overy’s failed merger last year, in an interview with former managing partner Andrew Ballheimer.

If work has been harder for those of us stuck at home, it’s certainly been tricky for anyone at the helm of a large law firm, such as Allen & Overy.

Andrew Ballheimer was forced to navigate the current crisis just weeks before he handed over the reins to a new leader, rounding off a particularly tough 18 months due to a failed transatlantic merger.

Gossip swirled around that abortive merger from day one. From partners’ alleged unhappiness about branding, to fears over loss of identity and finally the reason for its ultimate disintegration.

Mr Ballheimer reveals the truth behind those rumours in the FT this week, including the discussions that led up to its cash call in March this year.

This week I’d like to hear from anyone affected by the new security law being implemented in Hong Kong. I’m keen to know what it means for lawyers in the area, and whether you have a legal view on what is taking place. Should firms be drawing up contingency plans to leave Hong Kong — is your own? And are you someone who wants to leave? Contact me at @katebeioley_FT.

DWF announced a shock reshuffle on Friday, replacing longstanding chief executive Andrew Leaitherland with chairman Nigel Knowles, above, in a boardroom coup over the former leader’s strategy and capital position heading into the pandemic.

“Like many law firms DWF is set to be hit by a decline in dealmaking as well as property and infrastructure projects and has started to feel a slowdown in billing. However, it has come under more pressure than non-listed rivals as a result of its IPO which cost some £13m, as well as its debt position.”

Keeping a large law firm on track as Covid-19 strikes

Allen & Overy’s former managing partner Andrew Ballheimer, above, spills the beans on navigating his firm through the Covid-19 crisis and the truth behind the collapse of a high-profile merger with US law firm O’Melveny & Myers last year. He says:

“People were anxious about the loss of identity but O’Melveny had the same [concern]. We were each proud of our culture and anxious about losing our heritage.”

Lawyers are worried that it will become tougher to fight financial crime in the UK if information sharing with European counterparts is excluded from a Brexit deal.

“Herbert Smith Freehills — a law firm that does work for the UK’s Financial Conduct Authority — believes intelligence sharing on financial crime may now be just another political bargaining chip. Partner Susannah Cogman said if there is no agreement on it, the UK ‘will be impacted in its ability to combat money laundering’.”

Barclays has been ordered to disclose more than 1,000 documents to Amanda Staveley’s PCP Capital Partners in advance of a high-profile £1.5bn civil trial next week about an emergency cash call in 2008.

“The court ruling comes days before the start of the trial pursued by Ms Staveley, whose company is accusing Barclays of alleged deceit. The lawsuit revolves around the bank’s October 2008 fundraising where Barclays raised money from Qatar and Abu Dhabi as an alternative to seeking a UK government bail out.”

Rules, not lawsuits, are the way to make workplaces Covid-safe

The FT’s editorial board weighed in on the tension between the threat of legal action if employers fail to keep their workers safe after a return to work, and the damage a flood of such litigation could wreak on companies and the economy.

“Wherever possible, effective regulation is preferable to litigation. Central and local governments and appropriate regulators need to set clear, sector-by-sector guidelines on what employers must do to ensure Covid-19 safety — ranging from how to enforce social distancing to what, if any, protective equipment they should provide.”

This week Jo Ellison brings us a joyous ode to leadership through the lens of revered basketball series The Last Dance. The ESPN documentary studies the rise of the Chicago Bulls during 1991-98 under the tutelage of charismatic coach Phil Jackson. Could the UK’s political leaders benefit from Jackson’s schedule of yoga, pep talks heavy on Native American wisdom and a little more acid in their youth? FD is ready to try anything . . .

“Having watched all 10 episodes, I can confidently say I am not one iota clearer about the Triangle Offense, the difference between a point guard and a small forward, nor can I tell a Rocket from a Piston. But if Phil told me to jump, I would ask ‘how high?’” 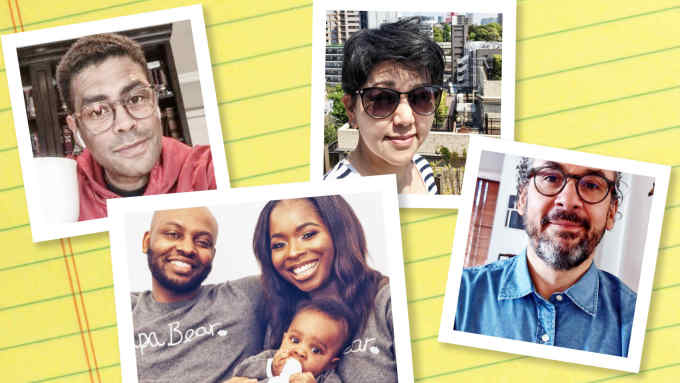