Bricks-and-mortar retailers who fail to match the data and insights of their online competitors keep going bankrupt — from Sears to Payless to Toys R Us.

But Trax, a $1.1bn Singapore-based start-up, is bringing together data from in-store cameras and a new mobile app, which guides shoppers to purchases, to try to bolster high street stores.

“Bringing together shelf and shopper data will deliver new and powerful insights in the store,” said Joel Bar-El, Trax’s chief executive and co-founder, as he announced the acquisition of Shopkick, the Californian shopping rewards app, on Monday for an undisclosed price.

Trax installs cameras on shop shelves to monitor how goods are placed, while its customer-facing apps let shoppers do market research and help retailers understand how they react to price and promotions.

Shopkick, which last changed hands in 2014 when Korea’s SK Telecom bought it for $200m, runs a mobile app that rewards shoppers with points, or “kicks”, for scanning the bar codes of products with their phone camera. While they are searching for a product, Shopkick can also ping them discount codes.

It is the third acquisition that Trax has made since last year. In January 2018, it bought Quri, and in June it bought the Chinese company LenzTech. Both companies reward individuals for taking photos of empty shelves and of how products on promotion are displayed.

Trax said Shopkick’s “path-to-purchase” data, which tracks how shoppers enter stores, and how they can be guided to certain products without being distracted by browsing the shelves, was a “game-changer for the retail industry as they bridge the mobile and physical retail worlds”.

Interest in retail tech companies, which include Trax rivals WiseShelf and Intelligence Retail, has grown as brick-and-mortar stores have struggled to keep up with online competitors.

FT SeriesPeak property: Building a bubble
Death of the high street weighs on landlords round the world 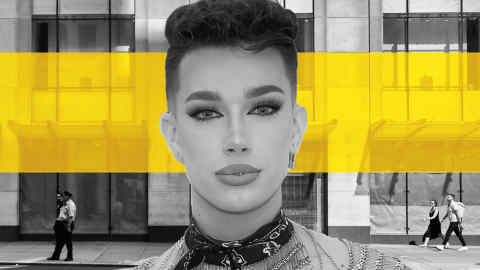 As shops have reduced stock storage space in favour of product displays, knowing exactly how often deliveries are needed has become more important.

“Inventory management will be critical for retailers looking to seamlessly integrate their ecommerce and brick-and-mortar operations,” said Natan Reddy, analyst at CB Insights, who added that drones are an alternative to in-store cameras.

While retailers, such as Israeli grocery chain Shufersal, have started outsourcing data collection to Trax, others have begun developing their own artificial intelligence-based tools. Walmart uses cameras to monitor inventory in its “store of the future” in New York, while Amazon’s Go stores have replaced checkouts with sensors and AI that figure out how much to charge each customer.

Trax is working to finalise its latest $100m funding round, which would bring its valuation to about $1.1bn. Several US chains are piloting its services, and the company said it expected to announce its first American customer this year.

“The combination of Trax’s unparalleled computer vision technology and Shopkick’s engaging omnichannel approach will offer our current and future customers the most powerful set of tools on the market,” said Adam Sand, chief executive of Shopkick.