Environmentally conscious consumers have regulators to thank for reduced energy use

Increased regulation is the bane of everyone’s lives, unless you are a lawyer, policymaker or, perhaps rather surprisingly, a domestic appliance manufacturer.

Over the past decade, people have become more dependent on appliances such as washing machines and microwaves, while the number of devices they own, such as smartphones and tablets, has boomed. It would be easy to assume, therefore, that households consume more energy than ever before.

Yet in many developed countries, domestic energy use is falling. In the UK, household consumption rose by 32 per cent between 1970 and 2004 but has since declined from that peak — falling by 19 per cent in 2017.

So what is causing this decline? Numerous studies show that consumers are making more environmentally conscious purchase decisions. Yet the drive for greater energy efficiency at home is not just result of this trend. Nor is it led by manufacturers seeking to improve energy efficiency of their own volition.

“It is very largely due to European regulation,” says Brenda Boardman, an emeritus fellow at Oxford university’s Environmental Change Institute.

A wave of regulation has meant that household appliances — from fridges to lightbulbs — have become significantly more efficient, contributing to a reduction in energy consumption.

The EU first introduced compulsory labelling for household appliances, rating them on a scale of A (most efficient) to G (least efficient) in 1995. This was followed by the Ecodesign directive in 2009, which sets out minimum performance standards, removing the least efficient appliances from the market.

When the EU announced these plans, household appliance manufacturers were resistant, says Sian Lewis, of the Association of Manufacturers of Domestic Appliances. “But now they are ever so enthusiastic,” she says. Energy efficiency, therefore, has become a selling point, says. “The industry, having not wanted the labels in the first place, really dedicated a lot of time and energy and resources into investing in saving energy.”

The US and Australia, among other countries, have also introduced similar labelling systems and mandatory energy-efficiency requirements.

In 2010, the EU introduced revised ratings to denote appliances that were even more efficient. Because the industry continues to refine energy-saving technology, the EU has decided to rescale the labels, meaning that from as early as the end of 2019 a product labelled A+++ could become a B, without any change to its consumption. “The way the policy is working — and the way we hope it will continue to work is extremely sensible because it hasn’t cost anybody much money. We’ve all got energy savings and the environment is benefiting,” says Ms Boardman.

However, the scope for further reductions in consumption from more energy-efficient appliances is limited, says Lucas Davis, a professor at the Haas School of Business at the University of California, Berkeley. “For major appliances like refrigerators, washing machines and air conditioners, we’ve already tightened standards considerably, so there is less room for additional gains,” he says. “A refrigerator, for example, uses about one-quarter of the electricity that refrigerators did in the early 1970s,” he says.

There is still plenty of opportunity to reduce household consumption further, however, with the switch to LED [light emitting diode] bulbs. “When you replace an incandescent light with an LED you reduce your energy consumption by 80 per cent. You don’t have anywhere near that large a change with any other appliance,” says Professor Davis.

In Europe, incandescent bulbs were taken off the market in 2009. Halogen bulbs were banned in the UK earlier this month, meaning consumers will have to replace existing bulbs with LEDs.

While LED bulbs are more expensive, a 5W LED bulb will cost around 70p a year to run compared with £7 for an equivalent 50W halogen, according to the Energy Saving Trust.

On the other side of the Atlantic, the Trump administration is discussing rolling back regulation that bans several categories of incandescent bulbs, says Professor Lewis. “If you get rid of the mandate I think people are still going to buy LEDs — it’s a good deal.”

As well as appliances becoming more efficient, the way in which homes are insulated plays a part in their energy consumption. Many older European houses — particularly in the UK — have poor insulation. As newer, more energy-efficient homes are built, this should lower consumption. “The debate is shifting towards regulation and buildings — it hasn’t got there yet, but it is getting there,” says Ms Boardman.

Get alerts on EU energy when a new story is published 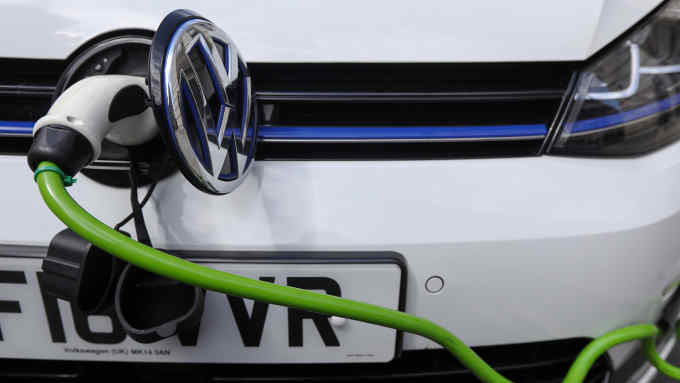