MTV’s Shuga Babi soap opera, launching next week in Ivory Coast, offers viewers a fresh twist on the formula of Fame, the hit 1980s series, but this time using music and dance to inform young Africans how best to respond to the daily realities of HIV.

The broadcast marks the latest expansion — and the first in francophone Africa — of a franchise that began two decades ago with a commitment to tackle serious public health challenges.

“There is massive stigma and so many myths about HIV,” says Georgia Arnold, head of MTV’s Staying Alive Foundation, who has helped shape and build Shuga (sugar) and its precursors from its beginnings in London. Her team oversees the underlying message while the writing, acting, music and production are carried out by and rooted in its target communities in Africa.

Shuga, first broadcast in Kenya, has since spread to reach estimated audiences of several million a week, while also incorporating regional nuances. The underlying idea is that preventing and then limiting the burden of diseases, with HIV as the main focus, requires more than better healthcare systems or the development and distribution of treatments.

While those efforts are welcome, they must also be reinforced by changes in the way people live their lives, including addressing longstanding beliefs and challenging taboos. Themes include how to limit infection; the importance of testing and adherence to treatment; and raising awareness that people living with HIV need not present risks to others and should not be shunned.

The series began when Ms Arnold was asked by Bill Roedy — then head of MTV International, with a mandate to expand the music television channel outside the US — to develop an idea that would resonate with its young audience. “We explored quitting smoking, voter registration and education but the one that kept coming up was HIV,” he says.

Colleagues proposed making a documentary fronted by a musical star, and when George Michael agreed to present a series of stories about young people, it quickly took shape and enjoyed strong ratings. Other productions followed, and Shuga was launched in Kenya in 2009 after an initial grant from the President’s Emergency Plan for Aids Relief (Pepfar), an emergency fund to tackle HIV, established by US President George W Bush.

Using “edutainment” to try to change behaviour is not new. The Archers, BBC Radio’s soap opera, was developed after the second world war to inform and educate listeners about farming. Ms Arnold says the key with Shuga was to focus on young people’s language, lives and relationships, rather than directly on HIV: “We have to be really entertaining or no one will tune in.”

From the outset, the broadcasts were available for free on terrestrial TV channels, followed by re-scripted versions for radio. The growth of the internet since then means Shuga is now viewed widely on YouTube, including tailored versions for Nigeria and South Africa. A radio version is being prepared for Botswana.

As efforts to tackle HIV have improved, so the themes have evolved to reflect the availability of, for example, self-test HIV kits and the use of antiretroviral therapy as a prevention method.

Similarly, the treatments of the stories are adapted to the different audiences in regions where Shuga is viewed. In Nigeria, for instance, storylines featuring the nightclubs of Lagos are different to those catering for more conservative viewers in Kano. In South Africa, where homosexuality is protected in the constitution, the subject is addressed more directly than in other countries.

The messaging has expanded to include sexual and reproductive health and rights — such as intervals between pregnancies, child marriage and education for girls — and mental health. Nishedh (taboo), an Indian version, will be launched next year, addressing tuberculosis and nutrition. “One constant, and a frustrating aspect of human behaviour still driving the epidemic, is sexual violence,” Ms Arnold says. “In Nigeria, rape is still seen to be the fault of the victim.”

Each Shuga campaign costs up to $3m, but studies suggest they are having an impact: research by Johns Hopkins University in Kenya in 2009 indicated more than four-fifths of viewers had changed their perceptions and practices; analysis by the World Bank this year showed a sharp uptake in HIV testing and a drop in chlamydia infections among those who watched in Nigeria.

“I see [us] as part of the solution,” says Ms Arnold. “When it’s done right, behaviour change is a game changer. We are on the right track but these things take years.” She worries that Shuga could risk creating demand that outstrips supply of materials such as testing kits, or of access to healthcare.

Reflecting on Shuga’s potential, Mr Roedy says: “Even a small change in behaviour by a large group of people will have a big impact.” 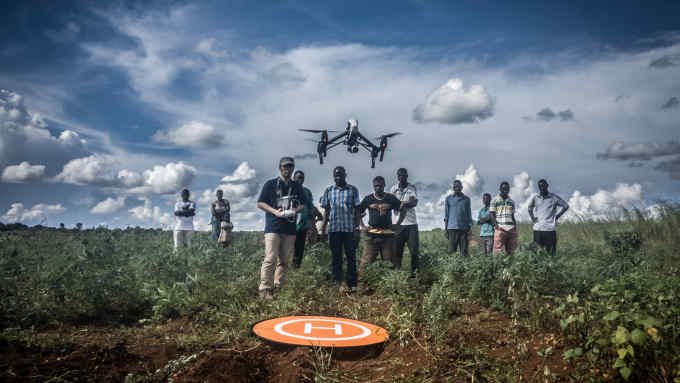