Innovative lawyers must do more than keep up — they must lead

As businesses turn to the latest in technology hardware and artificial intelligence software to make their activities more efficient, innovative legal practitioners must do more than keep up — they must lead. And this year’s shortlisted lawyers do just that. They have been at the forefront of linking tech companies with key hubs in global supply chains, in order to share data and then act on it. They have negotiated deals on vaccine technologies so new that they did not exist months earlier. One has even developed an electronic platform for investment-fund launches that enabled $59bn of inflows and 600 per cent client growth — but has still not taken the top spot this year.

That is perhaps a reflection of the fact that our winner works with a technology so fast moving that its latest civilian and military uses still feature in news bulletins: pilotless drones. To work on their safety and regulation while also enabling their wider commercial use shows a mastery of the contrary challenges of innovation.

Profiles compiled by RSGI researchers and FT editors. “Winner” indicates an Innovative Lawyers 2022 award, the rest are in alphabetical order

To be a successful lawyer in the field of an emerging technology requires a versatile mind and the motivation to champion a new cause.

Lisa Ellman has demonstrated this in becoming the leading lawyer in “uncrewed aviation systems” — or drones. She founded and leads the Commercial Drone Alliance, which brings together the public and private sector to develop a regulatory environment in which drones can be operated safely.

Recent wins include a successful application for Federal Aviation Administration approval for American Robotics to operate drones without on-site human flight observers. This breakthrough sets a precedent for allowing drones to be used at commercial scale.

An advocate for creating fair and honest marketplaces, Joseph Akrotirianakis has developed a practice defending pharmaceutical companies approved by the US Food and Drug Administration from unfair competition from compounders, which combine, mix or alter drugs.

In 2017, Akrotirianakis worked out a way to use state laws to get relief for FDA-approved drugmakers from compounders, which are not regulated by the FDA.

Akrotirianakis has used this approach successfully for clients such as Allergan and Hope Pharmaceuticals, whose products were suffering from unlawful compounders selling copies of their drugs.

When advising the US Treasury and Wells Fargo on their investment in MDIs, Eitel designed a suite of simple and user-friendly investment documents that helped to smooth the process and could also be used in deals in which the firm was not directly involved. By 2022, Wells Fargo and the Treasury had invested $50mn and $8bn, respectively, in MDIs and other smaller financial institutions.

The M&A banking practice, under Eitel’s leadership, bagged two-thirds of announced deals in the sector in 2021 globally.

In using his experience in commercial real estate at a big law firm to create social impact, George Fatheree thinks of himself as a business adviser and social engineer as much as a lawyer.

He is particularly focused on racial equity and most recently developed a framework and precedent for the return of illegally appropriated land from African-American families in the Bruce’s Beach case, in Los Angeles County.

Fatheree has also worked on other racial equity issues, such as developing the first commercial community land trust for black business owners in Los Angeles, and advising the J Paul Getty Trust to ensure the survival of 4.5mn photographs that chronicled 80 years of African-American history.

“My favourite case is one I lost,” says Monique Jilesen, a litigation partner and incoming managing partner at Lenczner Slaght. Jilesen is referring to a case in 2016 against US baseball team the Cleveland Indians, when she tried to stop the use of “Indians” and the Chief Wahoo logo — derogatory to native Americans — for a game against the Toronto Bluejays. The attempt failed, but such legal actions eventually led to a new logo and name, the Cleveland Guardians.

Taking on difficult cases is Jilesen’s forte. Most recently, she made the headlines for using a “Mareva” injunction to freeze the crypto assets of the leaders of the Freedom Convoy, which had occupied parts of Ottawa and obstructed everyday business in the city.

Bonnie MacNaughton’s cyber crimes practice works like a sports team, with each player fulfilling a unique role and her as quarterback. After running Microsoft’s North America digital crimes team, she moved to Davis Wright Tremaine in Seattle to build a flexible and multidisciplinary team.

Lawyers and former prosecutors work alongside managers and data analysts versed in investigation. They identify cases and enforcement actions to pursue and work in clients’ businesses for a fixed fee. MacNaughton applies tenacity from a decade in frontline law enforcement to working for clients such as Meta, Amazon and Microsoft.

Lauren Murdza led the team at DLA Piper that co-ordinated legal counsel for the rollout of the BioNTech/Pfizer Covid vaccine and Paxlovid antiviral product to millions around the world. In negotiating with dozens of governments, the biologist turned life science lawyer, received outstanding praise for her dedication, creative problem solving and the sheer scale and impact of her work on this matter.

Her proactive work early in the pandemic, sharing information with clients on vaccine development, led to her instruction from Pfizer. Murdza then designed the novel highly complex supply agreements in record time. By July 2022, 3.6bn of the vaccines had been shipped to 180 countries.

When John O’Neil first took over Kirkland & Ellis’s investment funds practice in 2016, it had 100 clients. Nearly seven years later, it has more than 1,000 on its books.

This rapid growth is largely down to O’Neil’s ability as both a legal practitioner and digital transformer.

As long ago as 2006, O’Neil had written a white paper about how technology could fire up the funds’ subscription process. Last year, he eventually launched an electronic platform to do just that, called Funded.

The platform streamlines the funds process, from launch to final close. Funded has been used by more than 100 clients for more than 150 funds worth $140bn in total.

“It was a red pill, blue pill moment,” says Timothy Spangler, of when he grasped the implications of blockchain technology, and — as in the movie The Matrix — embraced it as a realistic option.

He studied mathematics and has spent much of his time since 2016 “putting crypto into things such as investment products and funds, and putting blockchain into things, such as building mutual funds”. Recent work includes converting Massachusetts community currency BerkShares to blockchain and advising Australian investment app Bamboo on growing in the US. The app enables users to make cryptocurrency micro-investments when shopping.

Covid, war in Europe, and US-China trade tensions present many complex supply chain challenges. But few lawyers have the skills and experience of Jeffrey Weiss to solve them. He joined Steptoe & Johnson in 2020 to set up a supply chain practice, after a long stint in the US government including serving in the White House. Such experience has enabled Weiss to take a multidisciplinary and big-picture approach to clients’ legal challenges.

He set up a coalition — comprising shippers, seaports and tech companies among others — to increase transparency and interoperability in supply chains, particularly to explore how sharing data might mitigate congestion globally. 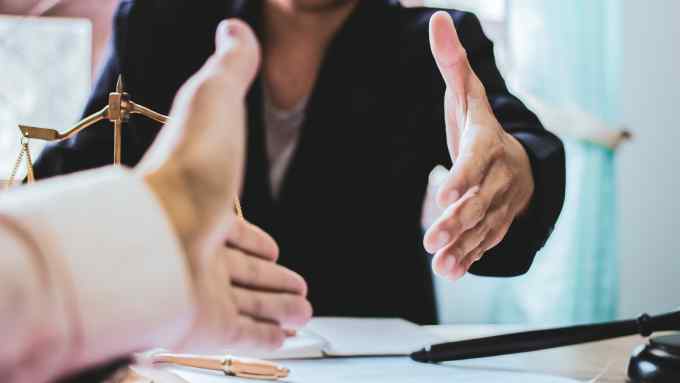