Urban farming could produce 180m tonnes of food globally, according to researchers

Paris is giving a new meaning to local food as ingredients that usually travel hundreds of miles bloom in the heart of the city. Strawberries sprout inside a shipping container near the finance ministry, endives grow underground in a former parking lot previously plagued by drug dealers and prostitution, and curly kale is being harvested on the rooftops of chic department stores.

These are a few of the dozens of farms opening in improbable places across the French capital, many of them supported by its city hall. The mayor, Anne Hidalgo, is leasing public land at reduced rates to agricultural businesses and has pledged to turn 30ha of the city into urban farms by 2020.

But are such efforts merely a fad for the local food movement or, as some advocates hope, could inner city agriculture revolutionise how we feed the world’s metropolises and reduce climate change?

“Growing food without fields is a clear solution to reliably feed the planet of tomorrow,” says Guillaume Fourdinier, who co-founded Agricool, which grows strawberries in shipping containers and opened its first Paris site in 2015.

Mr Fourdinier and his business partner, Gonzague Gru, are both farmers’ sons and wanted the fresh berries they had enjoyed as children in northern France — but in cities and throughout the year. So they refitted steel shipping containers with hydroponics and LED lights to grow fruit without sunlight.

Today they produce strawberries in four containers around Paris. Each yields about seven tonnes of strawberries a year, they say, most of which is sold to Monoprix, a French retail chain.

Mr Fourdinier says urban farms could be particularly useful in places with poor agricultural climates, such as Dubai, where Agricool’s first container outside France opened in June.

“We can grow fruits [in cities] anywhere,” he says. “In China. In the desert.”

A few miles from Agricool’s original site, in Paris’s hip Marais district, another company is going further. On the roof of the BHV department store is a 600 sq m vertical farm, which opened last year and now produces strawberries, tomatoes, wheat, goji berries and sage, among other things.

This is one of 10 farms around the city set up by Sous Les Fraises (Under the Strawberries), since it was founded in 2014, including on top of Galeries Lafayette, the famous Paris department store.

We are at the beginning of a new farming culture

Some academics have pointed to urban farms’ potential downfalls, especially indoor farms that use a lot of electricity and artificial light. Louis Albright, an emeritus professor of biological and environmental engineering at Cornell University explained in a 2014 lecture how some “pie in the sky” vertical farms may use more energy and have higher carbon footprints than traditional methods.

Lettuces grown in vertical indoor farms in New York produced more than three times more carbon dioxide than greenhouse farms outside the city because of lighting costs alone, he found, and tomatoes even more. The carbon emissions from growing 4,000 heads of lettuce in an indoor farm in New York would be equivalent to the annual emissions of a passenger car.

Paris’s agricultural entrepreneurs are undeterred, and insist that projects can use renewable electricity to reduce their environmental impact. Some, such as Mr Hubert, say you can’t compare like-for-like energy use because of the social and environmental benefits brought by city farms, such as recycling waste water, educating people on the source of their food and creating urban jobs.

Pénélope Komitès, the city’s deputy mayor, responsible for green spaces, also insists that there are multiple benefits. She says urban farms have never sought to make Paris self-sufficient for food but believes they will be of huge benefit to cities if they expand in the right way.

“We are at the beginning of a new farming culture,” she says. “However, we must not do this to the detriment of traditional farming.” Ms Komitès adds that “urban farms are not gimmicks”, but a “trend that will keep spreading” around the world.

A study this year by researchers at five universities in the US and China, as well as Google, suggests she could be right. One of the first attempts to systematically analyse the global impacts of city farming, using satellite imaging and population and weather data, it estimates the practice could become a $160bn industry if farms expand across the world’s cities. The researchers see particular potential in the growing cities of Africa and Asia.

The possibilities go beyond profits or even reducing food miles. The researchers say urban farming could produce up to 180m tonnes of food each year — about 10 per cent of the world’s pulses, roots and vegetables — create new homes for pest-eating predators, reduce flooding and could reduce electricity use by lowering city temperatures during the summer. Soil on rooftops can provide insulation that keeps buildings cooler without the need for air-conditioning.

“Urban agriculture is not going to replace the traditional food system,” says Matei Georgescu, a co-author of the study and professor of geographical sciences at Arizona State University. However, it may well replace part of our food system, he says, and benefit the environment in the process.

Explore the Special Report
READ MORE
How to farm in a hotter, drier climate 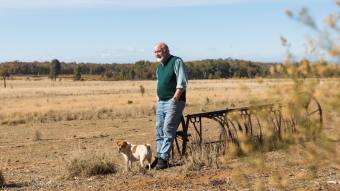