Analyse this: Freud, Dalí and the Surrealists

In 1930s London, the psychoanalyst met the Spanish painter — art and Freudian theory have been entwined ever since

In London in 1938, Salvador Dalí finally realised his ambition, after three failed attempts in Vienna, to visit his hero Sigmund Freud. The artist came to Maresfield Gardens, Hampstead, bearing his latest picture of melting bodies, “Metamorphosis of Narcissus”, created in homage to Freud, who politely told him it was over-obvious: “In the pictures of the masters — Leonardo or Ingres — that which interests me, that which seems mysterious . . . is precisely the search for the unconscious ideas, of an enigmatic order, hidden in the picture. Your mystery is manifested outright.”

Then Freud stared silently at Dalí as the painter, eyes blazing, took the chance to sketch him. Freud whispered to Stefan Zweig, chaperone of the encounter: “That boy looks like a fanatic. Small wonder that they have civil war in Spain if they look like that.”

This winter, Dalí’s strange, luminous painting of a golden youth transforming into an egg sprouting a narcissus flower, held by a stony hand crawling with ants, is back in that house in Maresfield Gardens, now London’s Freud Museum. It is installed alongside the fervent, swirling drawing made that day of Freud — engrossed, almost abstracted, in thought “in which his whole being seemed to converge”, Dalí recalled — for a brilliantly engrossing small exhibition, Freud, Dalí and the Metamorphosis of Narcissus, imaginatively curated by Surrealism scholar Dawn Adès.

The show’s immediate subject, the moment when Salvador met Sigmund, emerges through letters, texts, drawings, artefacts, as marvellous comedy: Dalí’s desperation to impress (“before his imperturbable indifference, my voice became involuntarily sharper and more insistent”), Freud’s bafflement at “the Surrealists who have apparently chosen me as their patron saint”. A further pleasure is how the show opens out, through the context of Freud’s own enthralling art collection, to invite considerations of the long, rich relationship between visual culture and psychoanalysis — the single strongest intellectual influence on modern art, and still potent today.

Dalí told Freud that “Narcissus” was “the first painting obtained entirely through the integral application of the paranoid-critical method”. He meant his ability to create in one image another hidden one: thus the forms of Narcissus’s warm, fleshy crouching body and walnut-like head are, bizarrely, identical in shape and size to those of the cold blue-grey hand and egg. The picture, based on the myth of Narcissus, the beautiful youth who fell in love with his own image, is at once scintillating visual puzzle, imitation in paint of Freudian methods of symbolic reading, celebration of the irrational mind, autobiography — Dalí was an extravagantly posturing egoist — and tribute to Freud’s narcissism theory.

Freud admired Dalí’s technical mastery, but never liked Surrealism, concluding “perhaps I am not destined to understand it”. In the gloomy dark interiors of Maresfield Gardens, you see why: with his blaze of colour and fancifully disintegrating forms, Dalí is a wild interloper among the serious, sombre, Eygptian, Greek and Roman sculptures of gods and mythical characters that Freud amassed over a lifetime.

These sculptures looked down on their owner daily, as they survey visitors now, and offer compelling evidence of how Freud’s thinking developed through an engagement with art. An Etruscan perfume bottle with two heads — beautiful maenad and snub-nosed satyr — is an icon of bisexuality. Across a Greek vase unfolds the drama of Oedipus and the Sphinx. An Egyptian alabaster baboon is Thoth, god of intelligence, credited with inventing hieroglyphs: Freud compared unpacking a dream to deciphering hieroglyphs, and used to stroke this creature as he worked. And here too a Roman bronze hand holds an egg — precisely the form Dalí depicts in “Metamorphosis”. It represents a metaphor for power: hold too tightly and it breaks, too lightly and it slips away. (Barack Obama had a Kenyan example.)

Freud said he read more archaeology than psychology. Both disciplines work by uncovering layers to reach deeper treasures, and Freud saw in his collection of ancient figures timeless expressions of the human desires and fears which as a scientist he aimed to analyse and codify. “I find that wherever I go a poet has been there before me,” he wrote, noting the “unsurpassing comfort” of the past.

As a scientist Freud is today unfashionable, his work largely superseded by disciplines such as behaviourism, genetics and evolutionary psychology. Yet his continuing impact on art and literature — “the central imagination of our age”, according to critic Harold Bloom — suggests that fundamental aspects of Freud’s observations hold true.

In this context, he shares ground with the pioneering generation of artists concerned with perception, memory, interiority, 19th-century sexual repressions, who laid the foundations of Modernism in the 1900s. Neither then knew the work of the other but Freud’s work on the primitive and elemental — The Interpretation of Dreams (1899), Three Essays on the Theory of Sexuality (1905) — resonates with Picasso, who called “Les Demoiselles d’Avignon” (1907) “my first exorcism painting”, and Modigliani, who that year declared: “What I am searching for is neither the real nor the unreal but the subconscious, the mystery of what is instinctive to the human race.” He sought it — paralleling Freud’s interest in Egyptian art — in Egyptian statuary, which his sinuous, simplified figures echo. “Surnaturel,” murmured Apollinaire in 1912 — heralding the term Surrealism — on seeing Chagall’s headless and flying figures and cow-violinists painted as dream-memories of Russia.

Not surprisingly, convergences between psychoanalytical experiment and art at this time are also strong in Freud’s Vienna: Klimt’s figures posed beneath layers of erotically patterned fabrics (“The Kiss”); Schiele’s explicit renderings of masturbators and copulating couples. The Royal Academy’s current Klimt/Schiele exhibition superbly evokes this world, and its death throes: neither artist survived 1918.

Instead it was in France that Freud’s writings, which were read by André Breton in 1916, then widely circulated among his Surrealist colleagues, entered into long-term dialogue with modern art. As Freud told Dalí, artists have always revealed enigmas of the imagination; the difference now was that the Surrealists deliberately worked from, and to represent, the unconscious mind. The Interpretation of Dreams was catnip: Freudian dream symbols inspired many playful, accessible, popular works. Dorothea Tanning’s corridor of closed doors and staircases in the dream painting with menacingly enlarged sunflower “Eine Kleine Nachtmusik”, for example, will be a highlight of the artist’s Tate Modern retrospective next month; Tanning said its underlying subject was “confrontation”.

It is ironic that, while feminists dismiss Freud as patriarchal and misogynist, Surrealism and psychoanalytical theory liberated new veins of expression particularly rewarding for women artists, right up to now. Free association, slippages of language, are essential, for instance, to the installations of oddly juxtaposed objects as comments on gender and memory created by 2016 Turner Prize winner Helen Marten, who cites Jacques Lacan as an influence, and 2013 winner Laure Prouvost: her Turner show featured buttock-shaped teacups — a nod to Oppenheim? — and her film of objects being violently chopped, “It, Heat, Hit” (2010), quotes texts from Freud and Lacan.

“Psychoanalysis is my religion,” said the godmother of feminist art Louise Bourgeois. In analysis herself, four times a week for decades, she made work swamped in Freudian reference: the gleaming bronze “Arch of Hysteria”; the installation “The Destruction of the Father”, fantasising about eating the patriarch; “Janus Fleuri”, two joined forms pulling away from each other, suggesting contradictions within the self; “Fillette”, a two-foot flaccid latex phallus whose title surely mocks Freud’s penis envy theory.

Bourgeois believed all great 20th-century art was confessional: she called art “a form of psychoanalysis”. Groundbreaking 20th-century artists similarly stimulated by experiences of analysis to establish an innovative language include Jackson Pollock — the early work features Jungian archetypes of the universal unconscious, and Abstract Expressionism takes its starting point as a freewheeling externalisation of individual emotions.

But the postwar movement most indebted to psychoanalysis is conceptual art: both function through allusions, ambiguity, cerebral games, excavating layers of meaning, as well as patient/visitor participation. Mindfuck was the title of a recent London exhibition of leading American conceptualist Bruce Nauman, whose oeuvre attempts to replicate/induce extreme mental states; “Clown Torture”, a video co-opting audiences into humiliation and aggression, and the nightmare labyrinth “Kassel Corridor” are among pieces displayed at Nauman’s current MoMA retrospective Disappearing Acts.

The relationship between mind and body, self and world, language and experience, are the key themes alike for Nauman and grandees of British postwar sculpture Anish Kapoor and Antony Gormley. From his ubiquitous multiple figures, cast from his own body, returning the viewer’s gaze, to “Blind Light”, the steamed glass chamber inviting claustrophobia, panic and loss of self which starred at the Hayward’s 2007 retrospective, Gormley explores how “our place is the consciousness of another. The sculpture’s only real place is in the imagination of the viewer. Strange that something so physical can only find a real place within the mind.”

“I’m endlessly obsessed with the question of the interior . . . Of course I was in psychoanalysis for 20 years, so some of this stuff did come up,” Kapoor says of his vast installations dependent on male-female oppositions: the cannon ejaculating red wax “Shooting into the Corner” (2008-09), Versailles’ shiny steel vulva “Dirty Corner”, which he explains as “the queen’s vagina taking power”, the Grand Palais’ inflatable, womblike “Leviathan” (both 2011).

What do they mean? “I don’t believe in the idea of delivering meaning. A thing comes into meaning. It doesn’t have meaning,” Kapoor answers. “Artists don’t make objects. Artists make mythologies.” Perhaps Freud belongs above all with the artists: a visionary storyteller and, as his myriad devotees in every aspect of visual culture demonstrate, the 20th century’s most spellbinding mythmaker. 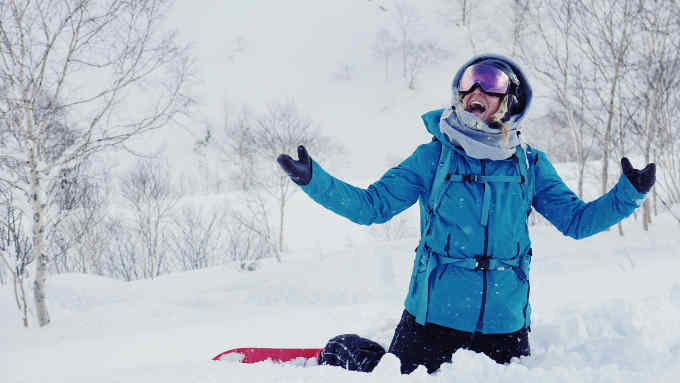