If you think the same, join us
FT Appeal for Habitat for Humanity
See all 14 stories
FT Seasonal Appeal

Habitat for Humanity: the key facts

This year, the FT’s charity partner for its Seasonal Appeal is Habitat for Humanity. The charity was chosen by staff of the FT in all our international offices.

What is Habitat for Humanity?

Habitat for Humanity is a global non-profit housing organisation. Its mission is to alleviate poverty by eliminating substandard housing. Habitat believes that a safe and stable home is essential to a decent life.

Across the world, one in five people are locked into poverty: inadequate housing affects career and education prospects, as well as mental health. Habitat’s vision is a world where everyone has a decent place to live. So far it has helped more than 22m people build or improve the place they call home.

What is Habitat’s history?

Habitat for Humanity International was founded in the US in 1976. It is a volunteer-based, non-evangelising Christian housing organisation, helping build houses for low-income families and the vulnerable, regardless of faith.

Habitat has grown from a grassroots effort to a leading global non-profit, partnering with local organisations and governments to develop projects that encourage long-term stability for beneficiaries. It advocates internationally for affordable housing and the right to a home.

Where does Habitat work?

Habitat works in 78 countries, spanning North America, Latin America and the Caribbean, Europe, the Middle East, Africa and Asia. In the US, it works in more than 1,200 communities across 50 states.

Habitat is active in disaster zones and slums, but also in many cities where rent and rough sleeping is soaring. It has renovated poorly insulated blocks in Macedonia, where up to half of residents’ income is wasted on energy. In the US, its neighbourhood revitalisation work transforms communities into vibrant, safe places to live. In Sri Lanka, Habitat has built sustainable homes for families displaced by the long civil war.

In the UK, Habitat partners with people in need of affordable housing and vulnerable women. In Ethiopia, it is constructing houses and drainage systems in Addis Ababa, offering a model for how slums can be upgraded anywhere.

How much impact does Habitat have?

In 2018 alone, Habitat has helped 8.7m people to improve their living conditions.

Habitat works with financial institutions in Latin America, Asia and Africa, assisting where mortgages are inaccessible. It has pioneered housing microfinance, providing more than 69,000 small loans in Kenya and Uganda. It has helped 18,000 families access low-cost, long-term loans in Tajikistan, where 80 per cent of women are denied property rights or child support in divorce cases.

In Bolivia, Habitat established the Women’s Leadership Network. After a proposal by the Network was adopted into law, 2m women were given the right to be listed on property deeds. In Beirut’s refugee settlements, Habitat will help 38,500 people in its first phase of renovation and repair work.

How does Habitat find its volunteers?

People volunteer to help on Habitat’s projects all over the world. It reaches volunteers mainly through social media, its website and word of mouth. Many volunteer in groups from schools, universities and corporations. Some sign up with friends, family or individually.

Volunteers can work locally or internationally and as part of long-term or short-term builds. They are expected to raise the funds for their trip, though Habitat provides resources and advice to help fundraisers.

Video: Home: the global search for a decent place to live

Explore the series
READ MOREFT Appeal for Habitat for Humanity
Giving hope: how to help ‘working poor’ US families build a home 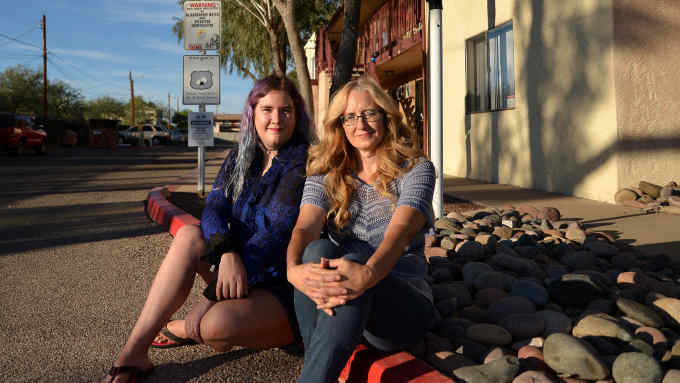