We use cookies (opens in new window) for a number of reasons, such as keeping FT Sites reliable and secure, personalising content and ads, providing social media features and to analyse how our Sites are used.
Manage cookies
Accept & continue
Oscars 2020
See all 24 stories
Film

The British actor George MacKay has a face a cartoonist might draw in a few penstrokes — a single straight-line mouth, wide circle eyes. He makes for perfect casting in Sam Mendes’s first world war epic 1917. Schofield, the young lance corporal he plays, sees terrible wonders — but in a film of Imax scale and ambition, his own haunted gaze is spectacular too, a small, simple badge of humanity.

MacKay has his eyes closed when we meet him. The screen has just announced the date: April 6 1917. In the quagmire of northern France, Mendes gives him a second more before a hand stirs him from the edge of the frame. The hand is that of fate, of course, but also another soldier, Blake (Dean-Charles Chapman), doughily cherubic, casually picking a second for an unknown errand. In short order, the pair are set their task by a weary general (Colin Firth). It proves at once straightforward and impossible. A German retreat has been discovered to be an ambush — with communications cut, a planned British attack will be a deathtrap unless word is carried on foot across No Man’s Land and beyond. Embarking on their mission, Blake learns his brother is among those in peril, a hefty pinch of narrative seasoning.

Ahead of the Oscars 2020, we are gathering your nominations and mini film reviews. Share your views and favourites

Advance publicity trailed the film as a spiffy technical achievement, unfolding as if one continuous shot. The pitch struck a strange note for a war story — Ta-da! Mendes’s greatest coup may be that you stop noticing. So too the potential distraction of a starry supporting cast. As big names float in and out, the effect feels less splashy than dreamlike — and you were there, as The Wizard of Oz had it, and you, and you. The cameos include Andrew Scott as a jauntily nihilistic lieutenant with a hip flask and Mark Strong’s brooding captain, warning of Kurtzian danger ahead. “Some men just want the fight,” he says.

Elsewhere, dialogue is minimal. But madness is always near. More dreamlike yet — or more nightmarish — are Blake and Schofield’s silent advances through the blasted tundras of mud and razor wire. Troops in trenches sleep standing amid sandbags, as if half-mummified. The pair pick their way past vast abandoned cannon and shells, dwarfed like toyshop figures.

If Mendes’s film-making has sometimes felt as if it has not fully outgrown his beginnings in theatre, 1917 is wildly cinematic, a movie that makes you feel the breath of mortality on your neck. Some may be jarred by the hint of video games as silhouetted figures sprint through flaming ruins — but there are less noble causes than connecting a mass audience to this moment in history with a note of familiar visual grammar. It doesn’t cheapen a film whose risks pay off and which transcends its vanities — a story for all those who, like Schofield, want more from a world than the fight. 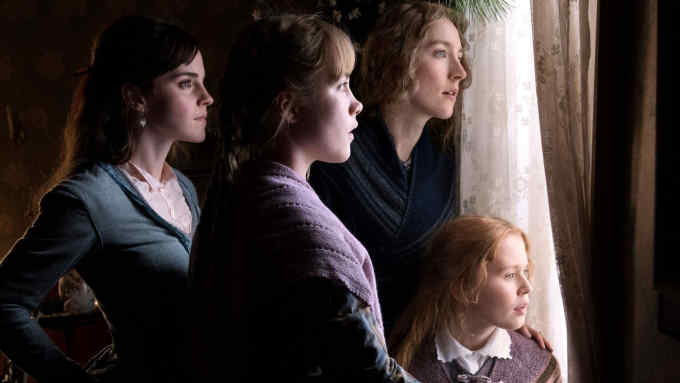