The long-awaited single European patent, protecting inventions throughout the EU, is set to arrive next year — unless Britain votes to leave the bloc in this month’s referendum.

A Brexit vote would seriously wound the new “ unitary patent” and its associated “unified patent court” (UPC). Having played a big role in developing both institutions, Britain would have to withdraw from the UPC and forgo hosting a division of the court ruling on life sciences and pharmaceuticals disputes. Under current agreements, the unitary system can only come to life if ratified by a minimum of 13 nations including France, Germany and the UK, the EU’s three biggest patentors. “I don’t think Brexit would necessarily torpedo the whole thing,” says Rob Williams, co-head of intellectual property in the London office of Bird & Bird, the international law firm, “but it would certainly delay its introduction while new arrangements are made”.

“A UK exit would undoubtedly unleash a political crisis within the EU,” says Allen & Overy, another global law firm. Yet it argues that because “the UPC has developed a commercial momentum of its own”, it could be still be launched next year “if there is sufficient will to solve the practical issues”. There would be no shortage of offers to take London’s place as home to the new court’s life sciences branch.

If Britain votes to remain in the EU, all seems set for the system to begin operating next May.

That is well behind the starting dates suggested by some UPC enthusiasts in 2012, when the EU finally agreed the new system. But that new date had appeared realistic until the UK vote was called.

The novelty of the unitary system does not lie in the way patents are examined and granted. The European Patent Office, a non-EU international organisation that has operated from Munich since 1977, will administer the unitary patent on behalf of the EU as it has a European patent until now. Applicants will also retain the option to register their patent in individual countries instead.

The new system brings two changes: first is the automatic validation of a unitary patent in all the countries that have ratified the system at the time a patent is granted. Also novel is the legal framework to adjudicate on disputes, which combines elements of Europe’s different legal traditions. Its decentralised structure has a Court of First Instance for initial hearings with a central division in Paris and branches in London and Munich. The Court of Appeal will be in Luxembourg. Other facilities, such as arbitration and training, are to be distributed around Europe.

Recruitment of judges for the pan-European system is going well, says Daniel Brook, a partner in the London IP group of Hogan Lovells, the international law firm. “The initial round had over 1,300 applicants,” he says, “which should mean that we get some good judicial appointments.” The system will eventually require a few hundred judges, many working part-time. A net salary of €11,000 a month exceeds that offered by national systems. 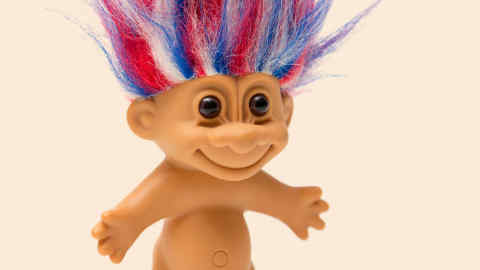 Meanwhile the big IP law practices are assessing their clients’ enthusiasm for unitary patents. Allen & Overy’s just completed survey of 151 patent specialists in European companies found that “many are ready for the launch next year. They have put people and processes in place and have started working out what the unitary patent could mean for their business and how best to respond.”

Strategies vary according to a company’s size and activities. “Sectors like life science/pharmaceuticals, which depend on a few crown jewel patents for the bulk of their business revenues, look set largely to opt these few patents out of the UPC system,” the study found. Until they see how it is working, these companies may not want to risk having key patents struck down throughout the EU; under the existing system, a loss in one country is not a Europe-wide setback.

“Industrial companies and those in the technology, media and telecoms field, on the other hand, are more likely to leave a sizeable number of important patent suites in the UPC system, where they can test the viability of pan-European injunctions and ensure the system develops with their input.”