Sign up to myFT Daily Digest to be the first to know about Telecoms news.

Retailers’ long-held ambitions to break into the telecoms business finally produced a breakthrough this year when Japan’s ecommerce operator Rakuten became the first retailer to turn itself into a fully-fledged telecoms company.

Some big name retailers have already made the leap into the mobile market in an effort to tap new sources of growth with varying degrees of success.

But despite the smartphone taking over from the high street as the main shopping venue for billions of users, a process accelerated by the pandemic, retailers have largely stayed on the fringes of the telecoms sector.

Bricks and mortar chains have created basic “virtual” brands such as Superdrug Mobile, which offers discounted services to the chain’s shoppers, and uses Three, the operator, which, like it, is owned by Hong Kong tycoon Li Ka-shing.

Amazon’s Fire mobile phone, aimed at creating a stronger relationship between the US online retailing behemoth’s customers and its shopping platform, failed to spark.

“Uniting retail with telecoms has not always proved easy,” said Kester Mann, an analyst with UK research group CCS Insight. “It is an approach that needs careful brand positioning, strong marketing investment and coherent execution. Few have been able to find the right balance, so far.”

Analysts say Rakuten’s approach has the potential finally to deliver on the original dream of marrying retail with connectivity.

A virtual operator since 2014, the company became a fully fledged telecoms operator this year after building new mobile network Rakuten Mobile in its home country with partners including Nokia and Fujitsu.

With no legacy equipment, it has also forged a different path in network architecture by using smaller technology companies and interoperable components to reduce the cost and increase the flexibility of its network. That pioneering approach has seen it team up with old world telecoms companies, including Spain’s Telefónica.

For Rakuten, the push into networks is still underpinned by its retail ethos rather than a burning desire to become a company of telephone engineers.

Naho Kono, chief marketing officer, said the heart of the company’s strategy rested on its existing “points” programme, which encourages consumers to use new services such as its shopping, content and online banking products.

About 70 per cent of Rakuten customers use more than two services and the prospect of cheap mobile phone contracts in the expensive Japanese telecoms market is an important cross-selling opportunity.

Ms Kono said combining location data from the mobile network with a customer’s retail habits could prove powerful for Rakuten in increasing customer loyalty and activity.

The points-based system is not so different to the old-fashioned model of a Superdrug Mobile but Rakuten has gone further with its approach by taking on rivals SoftBank Mobile and NTT at the network level. “Rakuten Mobile is not one of the pieces. It is the centre of our ecosystem,” she said.

Ms Kono said, however, that Rakuten needed to win customers from outside its existing base to justify its vast investment in building a telecoms network. In the third quarter, Rakuten posted an operating loss of ¥28.7bn ($271m) mostly due to a ¥43.3bn investment in its mobile network during the period.

So far, 15 per cent of subscribers that have signed up to the Rakuten Mobile service are new. About 35 per cent of those new customers are now using other services from the company, such as its Ichiba ecommerce marketplace and credit cards.

Mr Mann of CCS Insight said Rakuten was using a “freemium” approach, drawing on its internet heritage of signing large numbers of users with free or very cheap prices before generating revenue from them in other ways.

However, he said the bold move that was “far from risk-free” given that the company was using unproven technologies and suppliers for its network. “Should these or other hurdles lead to a dip in service performance, Rakuten could suffer reputational damage,” he said.

Rakuten is not alone, however, in expressing confidence that the time is ripe for a stronger convergence of connectivity and customer-oriented retail.

Reliance Industries, historically a petrochemicals and oil refinery business, which is India’s biggest bricks-and-mortar retailer, has shaken up India’s telecoms market after launching 4G services that were initially free. It amassed a large customer base at the expense of established rivals such as Vodafone. It now aims to replicate the scale of the big technology platforms after selling $20bn worth of its Jio mobile business to global investors including Google and Facebook, which are looking for a footprint in the country.

Having failed to start a telecoms fire of its own, Amazon is now squaring up to Reliance in the Indian ecommerce market and the battle could determine just how vital connectivity will be to achieving long-term ambitions in digital retail. 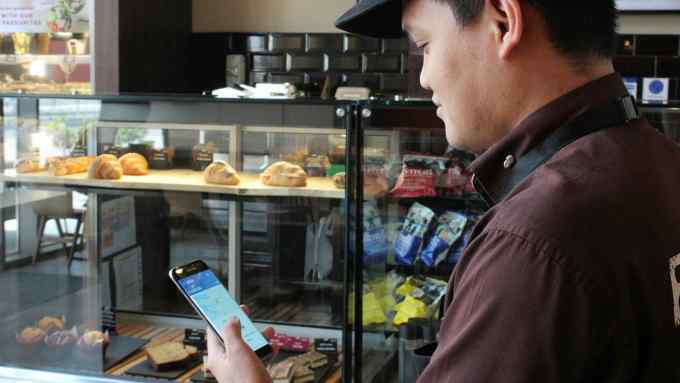