In the world of art, the reinterpretation and transformation of other artists’ work has always raised eyebrows, as well as several lawsuits.

Controversy similar to that of reinterpreting an artist’s work is attached to modernist twists on classic watches such as the Cartier Tank or Rolex Oyster by contemporary designers including laCalifornienne, Mad Paris and Bamford Watch Department.

George Bamford began to personalise watches at university in his 20s. “I used to go into flea markets in New York, pick up one watch, change the strap, then trade [it] for another watch.”

In 2007, Mr Bamford decided to turn his pastime into a business, setting up in London. Since then, his eponymous company has refashioned the dials and straps of men’s timepieces by Audemars Piguet, Bulgari, Tag Heuer and Zenith. It has also tweaked that most feminine of watches, the Bulgari Serpenti, the strap of which coils around the wrist of the wearer. The remodelled items sell for anything between £4,500 and £35,000.

Julien Tornare, chief executive of Zenith, worked with Mr Bamford on an exclusive edition for the 50th anniversary of the company’s El Primero model. He says: “I’m always positively surprised when I see how Bamford Watch Department reimagines one of [our] iconic watches.”

Customers want customisation, according to Mr Bamford. He says: “In a mass-market luxury world, people really want to have something unique.”

“Our customer is always searching for items that are personal to them. We have seen an increase in interest for one-of-a-kind pieces,” says Tanika Wisdom, jewellery buyer at Matches Fashion, the British luxury etailer.

In a mass-market luxury world, people really want to have something unique

This season, for the first time, the shop offered vintage 18-carat gold-vermeil Les Must de Cartier Tank watches, reimagined in eye-catching pastel colours by laCalifornienne of Los Angeles. They were all sold on the day of the launch.

The Californian revamp company was founded in 2016 by husband and wife Leszek Garwacki and Courtney Ormond, who source their watches from the vintage market, where a Tank in gold vermeil will sell for £1,100.

LaCalifornienne paints the dial and the distinctive Cartier Roman numbers in a variety of colours, and swaps the plain leather straps for ones with colourful stripes.

The enthusiasm for laCalifornienne’s work has prompted Ms Wisdom to add more reimagined timepieces from designers including jewellers Lizzie Mandler and Jacquie Aiche.

Ms Wisdom says: “There is no price resistance from our customer within this category as there is a real demand for exquisite, one-of-a-kind pieces.”

However, not every company is like Zenith, which is happy to see customisation carried out by third parties. Some watchmakers dislike their work being tweaked and consider it a damage to their brand.

In December, Rolex sued laCalifornienne, alleging counterfeiting and trademark infringement. It claimed the watches were flawed, which could affect Rolex’s reputation.

LaCalifornienne rejects the accusations but has for now removed Rolex Royal Oyster models from its website and social media accounts. The Californian company says it guarantees that the movements, cases and dials of the watches it sells are authentic and that it gives its own two-year warranty. The case continues. 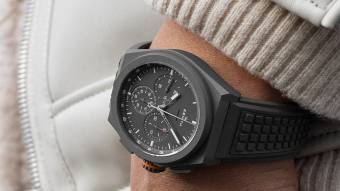