Global equities hit a record high on Wednesday, ending a bear market that at one point had wiped a third of the value — or roughly $22tn — off publicly traded companies around the world.

The FTSE All World index climbed 0.9 per cent to 384.91, eclipsing a high set in February, propelled by many of the same stocks that pushed the benchmark S&P 500 in the US to a record last week.

Investors have sent shares of high growth companies surging this year after central banks slashed interest rates and governments launched trillions of dollars of stimulus to help arrest an economic downturn spawned by the coronavirus pandemic.

Stimulus from the Federal Reserve has been instrumental in driving real yields in the US deep into negative territory, which has increased the appeal of publicly traded businesses that are still notching sales and profit gains.

Apple, Microsoft and Amazon, which are the largest components of both the S&P 500 and FTSE All World indices, are each up 40 per cent or more this year.

The gains by the indices, which are weighted by their members’ market capitalisations, have not been evenly distributed. Just a third of the nearly 4,000 companies within the FTSE All World index have matched or eclipsed its 3.1 per cent advance this year, according to Bloomberg data. About 47 per cent of them are still down 10 per cent or more in 2020.

The performance has reflected an improving outlook for large corporations and their ability to generate profits. Goldman Sachs has forecast earnings on a per share basis for the S&P 500 would fall 21 per cent in 2020 but would bounce back above 2019 levels next year.

“We’ve passed the peak of negative economic data,” said Grant Bowers, an equity portfolio manager with Franklin Templeton. “You have to look through the canyon of the economic impact of Covid and look toward 2021, 2022 in terms of the earnings outlook.”

US equities built on their recent winning streak on Wednesday, which followed three consecutive daily record closes. The S&P 500 rose another 1 per cent to a new high, while the Nasdaq Composite advanced 1.7 per cent, for its fifth consecutive advance. The technology-weighted index has risen more than 8 per cent this month.

Stocks in Europe also climbed, with the benchmark Europe Stoxx 600 rising 0.9 per cent as shares in Paris and Frankfurt advanced. London’s FTSE 100 gained 0.1 per cent.

The rally in equities has contrasted with weakness in sovereign debt markets in recent days. Ten- and 30-year Treasuries have come under pressure as Fed policymakers have signalled a willingness to let inflation run above their longstanding 2 per cent target.

On Thursday, Jay Powell, Fed chair, is expected to provide details of the central bank’s review of monetary policy, including how it calibrates interest rates and other tools to try to reach its inflation aims.

“The bar is high for the Fed to deliver a dovish message on its reflation policy revamp,” Bank of America analysts warned in a note. “We believe the rates market may be overestimating both the types of changes that will be made and the impacts they could have on inflation expectations and interest rates.” 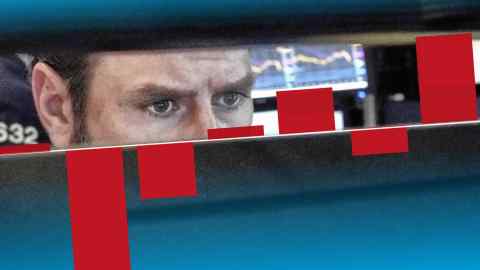 US government debt has slipped in value as the Treasury has raised record sums to finance stimulus measures. The Treasury borrowed $50bn in a record setting two-year note auction on Tuesday.

A sale of $51bn of five-year Treasuries on Wednesday was met with strong demand. The Treasury priced the notes with a yield of 0.298 per cent. Investors submitted bids for 2.71 times the amount on offer — a bid-to-cover ratio that exceeded its one-year average, according to Ben Jeffery, a rates strategist at BMO Capital Markets.

This story was amended on August 26 to correct a move in bond yields.