People love fitness trackers, but should employers give them out?

People worry about data security when using wearables at work

Doctors and nurses in Britain’s National Health Service are not supposed to have wearable fitness trackers on at work. The advice is that their wristbands are unhygienic and could facilitate the spread of infections. But according to Rachael Avis, a nurse, these trackers have become so popular that colleagues still wear them on their ankles, or put them on during breaks to tot up additional exercise.

“We often participate in a ‘workweek hustle’, where nurses from various departments compete for the lead in the steps race,” says Ms Avis, referring to a weekly Fitbit challenge where participants form a group to easily compare their progress. “I don’t think the Fitbit makes people healthier, but it makes me realise when I’m not moving much and motivates me to go for a run or walk.”

The market for these healthtech wearables has grown in recent years. Fitbit reported 25.4m active users in the final quarter of 2017, up 9 per cent year on year, while Apple shipped 8m Apple Watches, which can also be used to track health, in the same quarter, according to figures from market researcher Canalys.

As the market has grown, established providers of dedicated wearable fitness trackers, such as Fitbit and Garmin, have targeted corporate clients. Research suggests more active employees are, on average, healthier and thus more productive: employees of all ages can reduce work impairment by 3.2 days a year if they go from no exercise to 150 minutes per week, according to a study by Rand Europe for Britain’s Healthiest Workplace.

“Wearables are especially attractive to companies that run their own insurance schemes,” says Aditya Kaul, research director at Tractica, which has studied the rise of wearable devices. “Even as the market grows beyond fitness trackers towards smartwatches like the Apple Watch, the main focus is on health and wellness, with employees receiving wearables as a part of their benefits scheme — similar to getting a discounted gym membership or corporate health check-ups.”

Barclays, the UK bank, and BP, the oil group, are among companies that have offered wearable fitness trackers to employees as part of corporate wellbeing programmes. Willis Towers Watson, in its 2017 survey of global attitudes to workplace benefits, noted that 51 per cent of employees in developed economies and 71 per cent of employees in emerging economies used fitness trackers or smartphone apps to manage their health.

The growth in workplace-based fitness tracking has triggered concerns among some data privacy activists and employee groups that wearable devices could offer employers an unprecedented opportunity to snoop on staff. Research from consultancy PwC in the UK showed over a third of staff would not trust their employers to use data collected through wearables to benefit employees.

Fears over data security have been fuelled by the involvement of insurance companies, which have offered customers discounts or rewards if they upload information about their physical activity.

If air pollution is poisoning us, just how bad is it and what can we do? 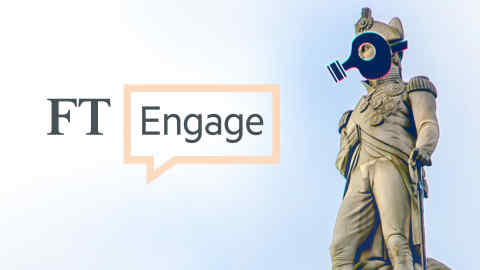 According to Chris Brauer, director of innovation at Goldsmiths, University of London, concerns about data protection have made some companies cautious about adopting wearables — especially in the UK and Europe. The implementation of the General Data Protection Regulation — tough rules in the EU that come into effect in May — will further restrict how businesses collect and store information and is likely to make employers even more cautious, he says. Fines under GDPR can reach up to 4 per cent of global turnover or €20m, whichever is greater.

“The question is what that [GDPR] does to the adoption curve for new technologies like wearables, augmented intelligence and artificial intelligence. It’s not just GDPR itself, it’s the response from organisations in Europe to GDPR — they lack confidence in data protection.”

In addition to concerns over data protection, however, some researchers are beginning to question whether fitness trackers actually produce any benefits. For example, although many people wear them as part of a weight-loss programme, a study published in the Journal of the American Medical Association in 2016, found that the addition of a wearable technology device to standard interventions including a calorie-controlled diet actually resulted in less weight loss.