A long-running crisis at French newspaper Le Monde has moved closer to resolution after journalists and leading shareholders signed a revised agreement aimed at safeguarding the title’s editorial independence.

The move came as Xavier Niel, the French telecoms billionaire who is one of two controlling shareholders in Groupe Le Monde, which owns the left-leaning daily, proposed that the company should be turned into a foundation “in order to protect its independence”, in an effort to bring the dispute to an end.

Thursday’s deal is the culmination of a year of negotiations that began after Czech energybillionaire Daniel Kretinsky bought a stake of about 10 per cent in Groupe Le Monde.

His arrival sparked concern among a group of Le Monde stakeholders known as the “pole of independence”, which represents its staff, readers and founders and is a minority shareholder in Groupe Le Monde.

The pole of independence wanted to formalise its ability to prevent any new shareholder from becoming a controlling shareholder in Le Monde without its consent, after Mr Kretinsky signalled he was ready to increase his holding.

Mr Niel last week signed the deal aimed at settling the dispute. But Mr Kretinsky had expressed concern over some of its terms and Matthieu Pigasse, a Lazard banker who is Le Monde’s other controlling shareholder and had sold part of his stake to Mr Kretinsky, had also held back on signing.

However, on Thursday Mr Pigasse announced that Le Nouveau Monde, the group that represents Mr Pigasse and Mr Kretinksy’s positions, had signed a revised pact, under which the pole of independence would be able to “refuse the approval of a new controlling shareholder of Groupe le Monde”. 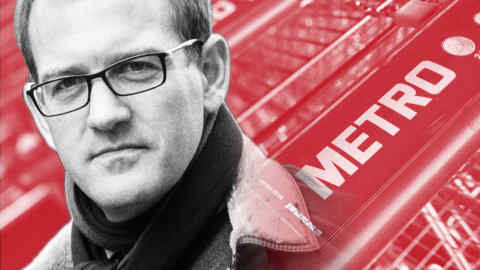 In a statement on Thursday, Mr Neil expressed his “relief” that Le Nouveau Monde had signed the agreement. The statement added that at Le Monde’s next supervisory board meeting on October 3, Mr Niel would propose that Le Monde Groupe’s capital should be moved into a foundation. The idea was to have a similar model to the Guardian, the UK daily newspaper, which is part of the Guardian Media Group and is owned by the Scott Trust, according to a person familiar with Mr Niel’s thinking.

Louis Drefus, Le Monde’s publisher, said he supported Mr Niel’s suggestion. “I think a foundation is probably the best way to ensure that those who invest in Le Monde do so in order to give it the means to consolidate its business model but don’t invest to make a profit,” he told the FT.

“Kretinsky has previously said that he wanted to help protect the freedom of the press in France,” added Mr Dreyfus. “What better way to do that than through a foundation?”.

Mr Niel’s statement also said that he and Mr Pigasse were planning to buy the roughly 15 per cent stake in Le Monde Groupe being sold by Prisa, the Spanish media conglomerate, and would hand the shares to the pole of independence to reinforce its position.

Mr Niel and Mr Pigasse’s involvement in Le Monde stretches back to 2010 when, alongside the late French businessman Pierre Bergé, they rescued the group from the verge of bankruptcy. The newspaper now has a daily paid circulation of 330,000 and subscriptions rose 11 per cent in the first six months of the year.