This first guest-edited issue is built around optimism, and the inspirational people who make the world a brighter place

The first suggestion that Jonathan Anderson brought us as guest editor of How To Spend It came via a picture he sent me earlier this year. The creative director of Loewe and his own namesake label had doctored the How To Spend It masthead on the cover to pick out the letters spelling HOPE.

A brilliant idea. I was gutted I hadn’t thought of it myself.

This is the first guest-edited How To Spend It, and it is built around an optimistic focus. “There is no point going through this process if there is no hope,” says Jonathan, reflecting on a year of pandemic and on his ideas for the issue. “As much as hope can seem very trite, I think we need a goal.” In dedicating this issue to a theme, however, neither of us wanted it to be too passive or nostalgic. Jonathan wanted to focus on people who are doing things that are positive and life-affirming, but who are also redefining and reshaping our cultural lives. Art was a key component – especially the portfolio of artists.

“No matter who you are, the idea of working on your own to create something makes for a useful life analogy,” says Jonathan. “History reimagines itself in different ways. It has been really interesting throughout the pandemic to have watched people being creative on their own. I found this an incredible fuel when I couldn’t go to a museum.”

For the cover, Jonathan was keen to use a painting by Lisa Brice, an artist acclaimed for her striking feminist works in indigo and cobalt. “I love her work for many reasons,” he says. One of which is that it’s subtly disruptive. “You can’t just sit there and say, the system is broken, therefore I’m going to talk about it being broken,” he adds of Lisa, and also the documentary maker Adam Curtis, who offers us his “hope manifesto”. “Adam is good at taking history, reframing it and making you realise that history can repeat itself, but you can get out of the cycle if you want to. While it seems to me that Lisa Brice realises the cycle is broken, but is creating her own window to look out of. When I look at the cover it says, ‘Let’s start again. Let’s pour paint on the ground and start a new beginning.’ There is something so evocative in that.”

From the artists painting new world visions to those uncovering masterpieces, such as Simon Gillespie, who is interviewed on page 60, or acting as cultural stewards, like Tim Bowen, who has dedicated the past 20 years to the preservation of Welsh crafts, all the subjects are inspirational. “There is not one person in this issue that I don’t look up to or envy,” says Jonathan. Some are extremely well known: Tracee Ellis Ross, best known for her role in the TV comedy series Black-ish, lists the things that make her happy, while Dan Levy, the Canadian actor and creator of Schitt’s Creek, writes about the joy of making playlists. “The thing about hope is if you can’t laugh, then what’s the point,” says Jonathan of these TV superheroes. “Tracee and Dan say it how it is. They are political individuals, but they have been able to look at the world through humour – and change it.”

Finally, garden designer Dan Pearson and his partner Huw Morgan invite us to their home in Somerset, with a reminder that the natural world remains the true wellspring of all hope.

In all, the issue is a celebration of talent, positivity, humour and the beauty in the everyday. “The natural thing is always to want something that we don’t have,” concludes Jonathan. “People like Dan Pearson, Simon Gillespie and Lisa Brice remind us of what we do have. As much as hope is about projecting into the future, we have to rediscover things that are in the present, and realise that we are lucky to have them. And that is a hopeful thing, I think.” 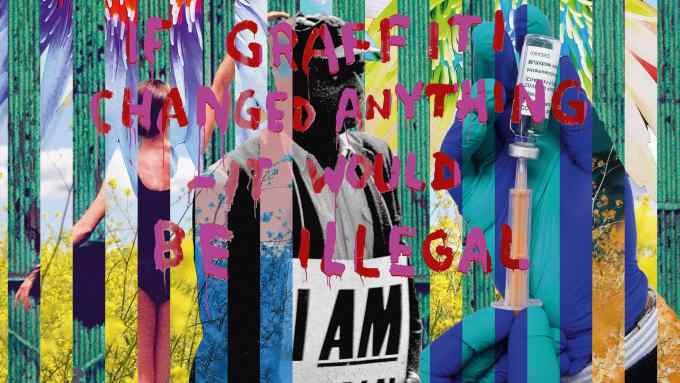