We use cookies (opens in new window) for a number of reasons, such as keeping FT Sites reliable and secure, personalising content and ads, providing social media features and to analyse how our Sites are used.
Manage cookies
Accept & continue
Special Report Watches and Jewellery: Asia
See all 8 stories
Watches & Jewellery Watches

If it was not before, China is now the world’s most important market for Swiss watches. Figures from the Federation of the Swiss Watch Industry (FHS) show exports of Swiss watches to China in August were up by almost half year-on-year and accounted for 15.7 per cent of the global total, relegating the US to second place.

But while the Chinese continue to lap up Swiss watches, they have little love for their own watchmaking culture. China is by a distance the world’s largest watch producer in terms of volume. According to the FHS, China exported 664.3m watches last year, compared with Switzerland’s 20.6m. But while the average export price of a Swiss watch was just under $1,000, Chinese watches left the country at a paltry $4 a piece.

Chinese watch industry insiders admit there are problems with the quality and perception of their products. “Our watches, especially luxury watches, lag behind the old watch powers in many aspects, such as design, manufacturing and brand influence,” says Zhang Hongguang, chairman of the China Horologe Association.

The CHA, based in Beijing and founded in 1985, says there are more than 200 “major active brands” in China, including Fiyta, which supplied Chinese astronaut Zhai Zhigang with the watch he wore on the country’s first successful spacewalk in 2008. The association also says Seagull, a company based in Tianjin and founded in 1955, makes 5.2m mechanical movements a year, the biggest total globally.

Chinese collectors show little interest in these brands. “Modern Chinese watches are not something that interests me,” says Daniel Sum, who in 2017 co-founded the Shanghai Watch Gang, a watch enthusiast group. But there are signs that is changing. During the pandemic, guochao, the Chinese trend for products designed in China, has gathered pace. “There’s a fatigue with western brands,” says Robin Tallendier, a French Sinophile whose Hong Kong-based watch company Atelier Wen openly makes mechanical watches in China and decorates them with Chinese cultural symbols.

Mr Zhang agrees. “The added value of high-end imported watches is mainly in the brand,” he says. “And the pursuit of those watches is a manifestation of the immaturity of consumer behaviour. I am convinced that this is a temporary phenomenon and that rational consumption will become the mainstream.”

But there is still a long way to go. Mr Tallendier admits it has been hard to find customers in China. “Our results were not as good as outside mainland China,” he says, adding that most of the 600 sales he has made since Atelier Wen’s 2018 launch were to non-Chinese. “Chinese people do still crave western watches, but ‘Made in China’ is getting a foothold.”

Age plays a part. Guochao is particularly pronounced among younger Chinese. “More and more young Chinese people like watches made in China, especially those with Chinese cultural connotations or Chinese craftsmanship,” says Li Wei, head of the domestic horologe department at the CHA.

“The current goal is to develop the domestic market,” says GuiLin Hou, general manager of the Dandong Peacock Watch Factory, which is part of the Fosun group and one of China’s largest watch manufacturers. “The Chinese market is large enough that there are enough opportunities. Chinese young people work hard and have a strong pursuit of a happy life. This is an inexhaustible driving force for China’s development.”

China’s independent scene is also on the march. Shenzhen-based Lin Yong Hua taught himself watchmaking and produced his first watch in 2006. In 2019, he was invited to become a member of Switzerland’s prestigious Académie Horlogère des Créateurs Indépendants, or AHCI, which counts celebrated watchmakers François-Paul Journe and Philippe Dufour among its 29 members.

“Most Chinese are willing to believe in Chinese brands, so I have confidence in the development of Chinese watchmaking,” says Mr Lin, who hand-crafts about 20 watches a year under the dial name LYH. “Once, we only looked at production numbers, but now Chinese brands are turning their eyes to the improvement of technology, together with the promotion of the brands themselves.”

Domestic appreciation of China’s independents is growing. “These brands are slowly developing,” says Mr Sum of the Shanghai Watch Gang. “I’ve seen quality significantly improve over the years and I would consider a piece in the future.” 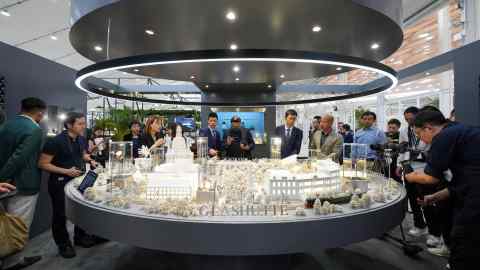 No one is expecting the shift to happen quickly, though. “It will take time to change people’s perception of Chinese watches,” says Mr Li of the CHA. “But with the improvement of the quality of Chinese manufacturing and the research and promotion of history, I believe that there will be major changes in the future.”

Mr Zhang of the CHA believes the Chinese will one day think of Chinese watches as being in the same league as Swiss pieces. “The Chinese watch industry continues to work hard to improve craftsmanship, upgrade manufacturing, create original designs, accelerate equipment updates and provide consumers with high-end watches,” he says. “Chinese people will love Chinese-made watches like Swiss watches, and domestic high-end brand-name watches will sooner or later become mainstream in the watch market in my country.” 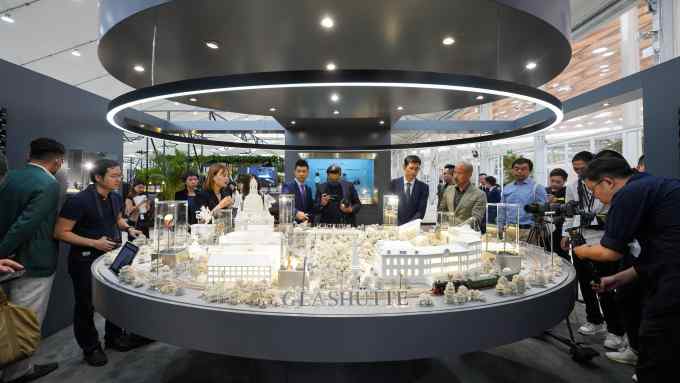