Media groups face choice of eat or be eaten

Under pressure from technology giants such as Amazon, Apple and Netflix, and the prospect of big traditional players getting bigger — from Walt Disney’s $66bn bid for most of Rupert Murdoch’s 21st Century Fox, to AT&T’s pending purchase of Time Warner — media companies are reaching one conclusion: eat or be eaten.

The revelation that Mr Murdoch was seeking an exit from the entertainment business injected a new sense of urgency among smaller media companies — including CBS and Viacom, which last week decided to revisit a combination, having walked away from such a deal just over a year ago.

“It’s clear that the message that Disney and Fox are sending is that scale matters,” Lowell McAdam, Verizon’s chief executive, told analysts on the telecoms company’s earnings call last month. Verizon has been pegged as a potential buyer of assets from Fox to Charter, the cable provider.

But it is not only scale that is driving what is shaping up to be one of the busiest media dealmaking cycles in recent history.

The rise of streaming video from pioneers such as Netflix and Amazon has upended television, eroding audiences and sapping advertising revenue. As the industry grapples with changing viewer habits, big distributors are consolidating and acquiring content owners, leaving TV network owners like CBS and Viacom — which were housed under the same roof from 2000 to 2006 — exposed.

“Companies in the middle risk getting squeezed in their economics by the very large guys unless they can figure out their comparative advantage,” says one senior New York banker.

The industry has been undergoing a tectonic shift for some time. AT&T, best known as a wireless operator, first signalled its ambitions to scale up in media with its $48.5bn purchase of satellite operator DirecTV in 2014. Two years later, it made an even bigger bet by proposing to buy Time Warner, the owner of HBO, CNN and the Warner Bros film studio, for $85.4bn. The Trump administration has sued to block that deal on antitrust grounds and the case is headed for trial in March.

Other smaller players have also made moves, from Discovery Communications snapping up Scripps Networks Interactive, owner of the Food Network, for $14.6bn to film studio Lionsgate spending $4.4bn on premium cable channel Starz. Speculation has also swirled around AMC Networks, the company behind hit shows including The Walking Dead and Mad Men.

CBS and Viacom last explored a deal in late 2016, when the Redstone family — which holds controlling stakes in both companies — urged them to consider a merger to “respond even more aggressively and effectively to the challenges of the changing entertainment and media landscape”. But discussions fell apart after it became apparent that Les Moonves, chief executive of CBS, opposed the combination, say people briefed on the matter.

The two companies’ fortunes have diverged in the years since they split in 2006. Viacom’s cable networks, including MTV and Nickelodeon, have been particularly hard hit, and the company is in the midst of restructuring following a messy struggle for control that led to a management shake-up in 2016. CBS, on the other hand, has the US’s most-watched broadcast channel and has sought new sources of revenue by offering its streaming service.

Last week’s announcement that the two companies are again weighing a deal suggests that as the circle of possible partners shrinks, they do not want to be left standing when the music stops. Investors were wary, however — CBS shares fell 6 per cent on Friday and Viacom dropped 3 per cent.

But media bankers say that any future deals will depend on the regulatory approvals of AT&T’s proposed takeover of Time Warner and Disney’s acquisition.

“We believe the outcome of [AT&T-Time Warner] will serve as a litmus test for the rest of the industry and could incentivise and expedite additional dealmaking if approved by the court,” UBS analysts wrote in a recent note.

Verizon, in particular, will be watching closely the outcome of AT&T’s court battle with the US Department of Justice.

If the AT&T deal falls apart, Verizon — which has thus far focused on acquiring smaller digital media assets such as Yahoo and AOL — could swoop in with a fresh offer for Time Warner, say several dealmakers.

Alternatively, these people added, Verizon could move to combine with Charter Communications, the second-largest US cable operator — something it has previously explored. Such a merger would give it a clear distribution channel to better compete with Comcast, the biggest cable company, and AT&T.

“Verizon needs to do something big,” says an adviser who has worked closely with the telecoms company. “They either do something with Charter or they risk being bought by Comcast.”

Charter and Comcast both acknowledged the more active dealmaking environment on their recent earnings calls with investors.

“There may be opportunities for us to create more value for our shareholders, like we did with NBCUniversal [the media group Comcast bought in 2009]. In this respect, it shouldn’t be a surprise that we study every situation that comes along,” says Brian Roberts, chief executive of Comcast. But, he adds, “I’d say that there’s nothing we feel we have to acquire.”

Tom Rutledge, chief executive of Charter, says: “If there were opportunities for acquisitions at the right price, we’d always be interested in entertaining those.”

But even as media and telecoms groups size each other up, they cannot ignore the elephant in the room. Amazon and Netflix are spending heavily to produce more content and steal more eyeballs away from traditional television. Meanwhile, Google and Apple have the financial resources and technological prowess either to swallow or crush even the biggest legacy media titans.

Until recently, Mr Murdoch’s legacy had been defined by empire building. Instead, his lasting impact may be the widescale reordering of the industry his exit has triggered.

Get alerts on CBS Broadcasting when a new story is published 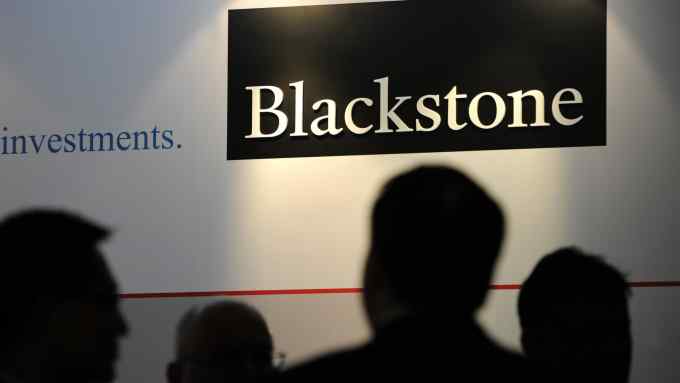 Deal activity has started strong in 2018. By some measures, it has been the busiest opening to a year since 2000. What are the prospects from here?