‘Flighty’ millennials look to switch out of funds

Millennials, generation Y or any other marketing terms used to describe those aged between 18 and 35 have become something akin to catnip for the financial services industry.

Adding the word millennials to the headline of an FT story — in the same vein as adding gold, oil or Goldman Sachs — is proving to be a huge draw for readers and an easy win for those that measure the success of a news item by how many clicks it generates.

Millennials are already the largest section of the US workforce and their disruptive behaviour as consumers is wreaking havoc on those industries struggling to keep up with how they spend their money.

Decision makers at large corporations are poring over as much information as they can to work out who these millennials are, where they can find them, and how they can win their business — and those at the top of money management companies are no different.

However, in an industry accused of being pale, male and stale, a reference to the preponderance of white middle-aged men working in the investment management market, the prospect of catching the attention of an influx of 18- to 35-year-olds is a particularly daunting one.

Research into generation Y has already shown that asset and wealth managers will have their work cut out to convince this new breed of investor to part with its money in the same way their parents and grandparents did. And the latest in a long line of studies on the topic makes for further uneasy reading.

According to research from Legg Mason, the US fund house, which polled more than 5,000 wealthy individual investors across 19 countries, fewer than one-fifth of generation Y respondents said they would be prepared to hold an underperforming fund for more than a year before they dumped it.

In contrast, almost three times as many investors over the age of 40 said they would stick with a poorly performing fund, finds Legg Mason.

This poses a problem for an industry paid according to the amount of assets it gathers and, ultimately, retains. Any new assets are gratefully received, but the stickier those assets are, the better for fund managers.

Nick Hungerford, non-executive director at Nutmeg, the online wealth manager that launched in 2012 and which is backed by Schroders, the UK’s largest listed fund company, believes traditional investment houses should be nervous.

“Asset managers should be concerned that [millennials] are taking an active interest in their investments and they should be worried that they are keen to switch out of funds.

“But it is tricky for fund managers, as millennials are demanding better service but investing less. They come from a generation that is used to switching immediately but they are not yet highly valued customers.” 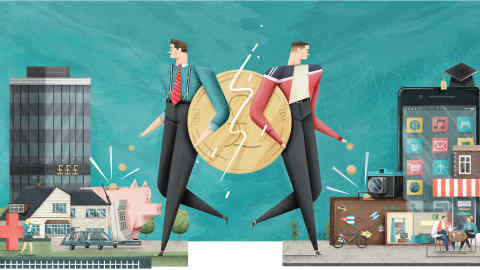 Andrew Power, a partner at consultancy Deloitte, which has written a number of reports on the impact millennials will have on the investment business, adds: “Asset managers need to care about this because when someone switches [funds], they are probably not going to switch to the same fund company.”

The increased likelihood that these investors will pull their money sooner than current clients also creates performance issues for fund managers. More cash will have to be held to meet those redemptions and, with interest rates at record lows and in negative territory in many markets, that will dent returns.

Paul Traynor, international head of pensions and insurance at BNY Mellon, the fund company, says: “If we make the assumption that people are more flighty, the net of that will be managers will need to hold more cash — and the reality is that cash is expensive. That would be a drag on the performance of a fund, no doubt.”

Other issues also need to be solved. Millennials hit working age around the same time the financial crisis consumed the global economy and so have an innate distrust of financial institutions in a way previous generations did not.

Generation Y places great value on fair pricing and transparency, according to Deloitte, something the fund market has struggled to get to grips with. Other than the annual management charge — the fixed fee paid to fund houses — there can be between 11 and 13 additional layers of costs, according to some estimates.

“To overcome this negative attitude, managers need to focus on pricing transparency,” says Daniel Kobler, a partner at Deloitte.

“All fees should be clear, reasonable and fair. As digital natives, millennials have much higher expectations on transparency.”

But work is being done to appeal to millennials, 80 per cent of whom own a smartphone that 90 per cent check within 15 minutes of waking up.

The two companies have been working on an app called MyFuture that allows clients to “play” with various financial scenarios by taking actions such as selling assets, increasing or decreasing their salaries, or spending less on school fees. 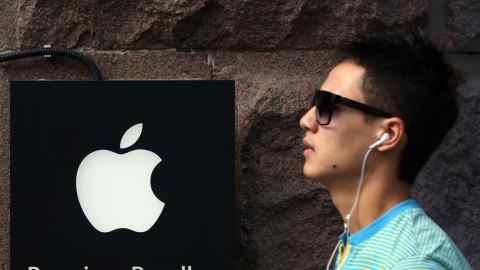 Nutmeg has also said it is considering using mobile phone features such as geo-location to allow consumers to pay money into their portfolio when they reach certain destinations in order to counter bad habits, for example, when they visit fast-food restaurants.

Tentative steps are being made to appeal to this demographic and more are expected to follow — not just because of the realisation that existing fund companies will have to adapt in order to stay ahead but because of the fear that others could break into the market and fill the void.

According to a poll of 400 senior executives conducted last year by State Street, the custodian bank, four-fifths of senior asset management staff expect the fund market to be disrupted by an outside participant in the same way Apple, the technology company, upended the music industry with the introduction of iTunes.

A millennial definition of financial success

Research published by Facebook this year analysed the conversations working-age US-based millennials were having with each other on the social media platform. Unsurprisingly, it found millennials’ ideas of financial success differed wildly from their parents’.

Millennials are keen on saving, but are wary of anything branded an “investment”. According to Facebook, 86 per cent said they were actively saving or trying to. But the responses to another survey suggest that this is often geared towards saving for a short-term goal (such as a holiday) rather than investing for the future.

More than half said they saved “simply because they want to be responsible” but millennials tend to be underinvested, and are 1.6 times more likely than older generations to have no investments at all, also according to Facebook analysis. Whereas half said they did not have enough money to invest, another quarter said they did not know how to.

And more than half of the millennials surveyed said they felt they had no one to turn to for financial guidance — a clear opportunity for the increasingly digital financial services sector.