We’ll send you a myFT Daily Digest email rounding up the latest Television news every morning.

Nadia Vulvokov, sashaying out of her own birthday party with a cheesy new pick-up, is not the most wholesome of characters, a point that becomes crucial to the Möbius-strip plot of Russian Doll, the new Netflix series co-created by Amy Poehler.

The party’s being held at the New York flat of an artist friend, Maxine, and Nadia will get to know her Gothic-styled bathroom exceedingly well, along with the opening bars of the damnably catchy song that is playing as she exits. Finding herself on a nightmarish temporal loop, Nadia keeps returning with a jolt to the bathroom at exactly the same moment, turning off the tap and heading back into the never-ending festivities. But like a matryoshka doll, each seemingly identical nested reality only becomes smaller and more confining.

Fittingly, Nadia is a games designer and genius coder (nothing’s left to chance in this highly wrought scenario). Choosing her own adventure becomes not so much a fun activity as a moral imperative. The fling with Mike is not something she needs to repeat, and neither is the annoying morning meeting at which she trounces the office nerds. Every conversation she has, every situation she gets herself into is reset to zero the moment she stares at herself in Maxine’s mirror and hears Harry Nilsson launch once more into “Gotta get up…”

What is the cause of the maddening blip? Is the apartment haunted, is her spooky missing cat, Oatmeal, involved, or is it the dodgy Israeli joint Maxine hands her? Clues turn into McGuffins and back again, and stray items — a Krugerrand, a scarf, a goldfish, a children’s book — become numinously significant.

In the multiplicity of scenarios, Greta Lee as Maxine invests her repeated line “Sweet birthday bay-beh!” with infinite variation, and characters seem to exemplify E M Forster’s celebrated distinction between “flat” and “round”; background-functional one minute, fully individuated the next. None more so than Horse (Brendan Sexton III), the wild-eyed street punk; divorced from reality to begin with, he’s paradoxically better able to cope with a crazy woman he’s never seen before who insists she knows him.

All riotously curly hair and winged eyeshadow, whip-smart Nadia (Natasha Lyonne) could rival even Annie Hall as a New York icon, a tiny bombshell with the gravelly voice of a chuckling, chain-smoking demon. It’s a hell of a performance, matched by Charlie Barnett’s Alan, a depressed young man who intersects with Nadia’s various realities. Connoisseurs of the ludicrously overripe might enjoy Elizabeth Ashley’s lash-flutteringly flamboyant turn as Ruth, a therapist, and it’s also worth waiting for Chloë Sevigny’s late arrival. But it’s Lyonne’s show. You can’t take your eyes off her.

‘Russian Doll’ is available on Netflix 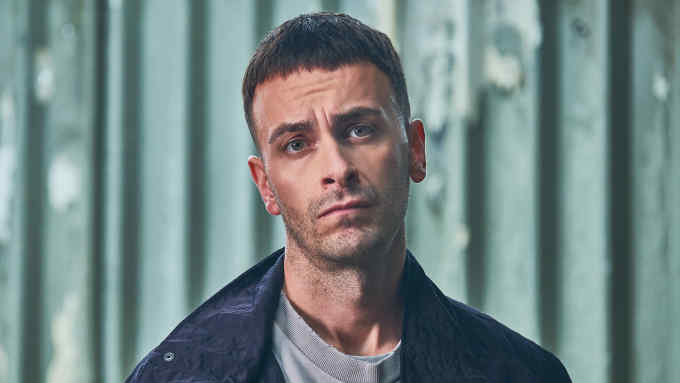 FT television critic Suzi Feay selects her favourites, from the nightmarish ‘Russian Doll’ and crackling dialogue of ‘Succession’ to the blood-soaked ‘Britannia’

Exemplary dramas, fearless reporting, tales of start-up folly — and vampires. Here are the shows that got me hooked this year, with no ‘Fleabag’, no ‘Game of Thrones’ and no ‘Stranger Things’ in sight.