Closed-end funds raised for renewable energy hit an all-time high of $42.3bn in 2018

Jim Yong Kim’s decision to quit as head of the World Bank three years early sent shockwaves through the finance industry this month.

But his defection to Global Infrastructure Partners, which focuses on investing in renewable power generation assets in developing countries, also highlighted the growing clout of fund managers that specialise in green energy.

Preqin, an investment data company, tracks close-ended funds focused exclusively on renewable energy infrastructure. It found that these funds raised an all-time high of $42.3bn of capital last year, more than double the amount accumulated in 2017. Of the $280bn in these funds, just under two-thirds had been put to work.

Last year, the American Council on Renewable Energy, an industry group, surveyed prominent investors in the US green power market and asked them to project possible levels of private investment in the sector and related grid modernisation. The responses indicated that up to $1tn could be attracted by 2030. Industry commentators say the European market could draw a similar amount of capital.

The growth of the renewable energy investment industry has been driven by two main factors. On the supply side, the Paris climate agreement, drawn up in 2015, has forced many governments around the world to invest heavily in green energy. This has often been in the form of subsidies for big infrastructure projects, which have lured investors attracted to the government-backed, inflation-linked income streams.

On the demand side, individuals are taking a much greater interest in the way their savings are invested, and in many cases are demanding their portfolios or retirement accounts have a low carbon footprint. This in turn has forced many institutional investors, such as pension schemes and insurers, to adjust their asset mix to give them a greener hue. Darryl Murphy, head of infrastructure debt at Aviva Investors, the £345bn UK fund company, describes this as a “halo effect”.

“It’s been a perfect storm in terms of attracting capital to the sector,” he says. “There is a gravitational pull bringing investors to these types of projects.”

Aviva Investors is one of Europe’s biggest backers of renewable energy projects, with most of the funding going through the business’s £37bn real assets arm. Mr Murphy’s team is responsible for a £6bn portfolio of debt investments.

Late last year Aviva Investors announced it was committing £400m to help fund the construction of what will become the world’s largest offshore wind farm, Hornsea 1, just over 100km off the north east coast of the UK in the North Sea. The project will have an installed capacity of 1,218MW. This is almost double the current largest offshore wind farm, Walney Extension, which Aviva Investors also backed.

The Hornsea 1 investment was packaged by Global Infrastructure Partners, the specialist private equity firm that Mr Kim will join after he leaves the World Bank on February 1. Under the terms of the investment, the firm is taking a 50 per cent stake in the project from Orsted Wind Power, the Danish group that is the largest offshore wind power developer in the world.

Mr Murphy says this approach is typical of fund managers investing in renewables. “This is a sector that historically has been driven by commercial developers,” he says. “What you are seeing now is these corporate developers selling assets to financial institutions and investors.”

BlackRock is one of the biggest fund managers in this space. It has four products that are solely invested in renewable energy projects and have a total of $5bn assets under management. Its most recent international fund, Global Renewable Power II, raised $1.65bn and has invested more than 75 per cent of the commitments on a diversified portfolio of 12 infrastructure assets in four continents.

David Giordano, head of renewable power for the Americas and Asia-Pacific at BlackRock, says one of the biggest risks of investing in renewable energy is incorrectly forecasting future market rates for energy supply. “As these markets continue to evolve, the price for wholesale power is going to have a huge impact on your overall returns,” he adds.

Another risk often associated with renewable energy investing is the predicted future removal of valuable government subsidies that have supported many green energy projects to date.

But Alex Brierley, investment director at Octopus Investments, a boutique UK fund manager that specialises in renewables, says profitable investments can still be made in an environment of diminishing subsidy as the cost of generating green energy falls.

“Increasingly we see governments around the world thinking subsidies have done their job and that the assets should stand on their own two feet,” he says. 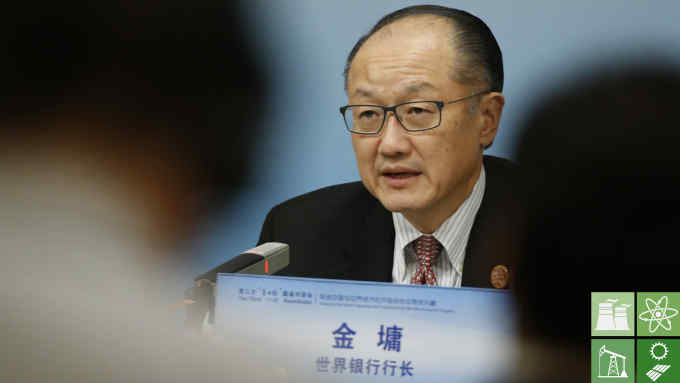