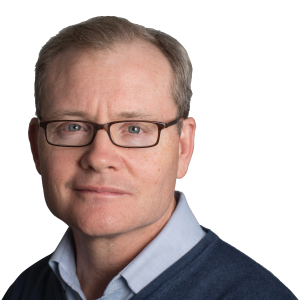 Swift and decisive action from central banks and governments over the past couple of months has prevented the kind of collapse in equity and credit markets that has accompanied deep economic downturns in the past.

The unique nature of the Covid-19 economic shock and the rapid response from authorities, along with the likelihood of more support to come, leaves investors assessing two important lessons from past recessions.

History shows that economic contractions take their time in revealing the full extent of their financial damage. Missed payments, defaults and bankruptcies kick in with a lag. Jay Powell, chair of the Federal Reserve, nodded to that this week, suggesting it was too early to tell if stimulus efforts were sufficient. While lauding the efforts of Congress, he told lawmakers, “I do think we need to step back and ask, over time, is it enough?”

Slow progress in reopening the US economy over the summer would mean a number of companies and businesses will run out of cash and falter. Government infusions of money can bridge gaps, but only up to a point. In the absence of a vaccine, a wave of bankruptcies later this year could pull equity and credit prices back towards their depths of March.

Another lesson from recessions is that equities and credit start recovering well before economic data show an improvement. What is more, the argument for a speedy economic recovery is still in play; if lockdowns end smoothly and companies and consumers adapt swiftly to a world of social distancing, that bullish tone on Wall Street could well be justified — particularly as it has come courtesy of record amounts of fiscal and monetary stimulus.

“May should mark the end of the shortest but deepest recession in a century,” said John Normand of the cross-asset strategy team at JPMorgan.

The upshot is that investors are left trying to gauge what kind of recovery is around the corner and how much ammunition remains available to central bankers. Here, things do not appear so clear and reflect deeper trends that prevailed before the pandemic erupted.

One indicator is the stark divergence between segments of the stock market. So far big economic shutdowns have rewarded technology, ecommerce and healthcare groups. The laggards include energy, financials, retailers, transports and industrials — along with real estate companies that face slews of missed rental and mortgage payments.

The pandemic shock has only enhanced the leadership of technology and healthcare over the past two to three years, leaving other sectors trailing further behind.

One opportunity for investors, then, would be to buy cheaper sectors and then wait to benefit as they close the gap with the current market leaders.

Another view is that companies with impressive growth prospects, strong balance sheets and the capacity for disruption represent better long-term holdings. Such stocks are not cheap, but there are compelling reasons for that.

The importance of companies with robust growth prospects is enhanced by ultra-low interest rates. Certainly, the threat of inflation is a wild card and is the subject of much debate. But there are strong arguments why a legacy of greater debt and challenging demographics limits broader growth and sustains an environment of low rates. Such an outcome would be accentuated by a period of post-pandemic caution that results in businesses and consumers building up reserves and savings.

One result of that kind of environment is a valuation premium for disruptive companies found in tech and healthcare, as the value of their future cash flows are bolstered by low yields. In turn, there are broader implications for regional choices across global equity markets once the pandemic abates and the nature of the recovery becomes clearer. 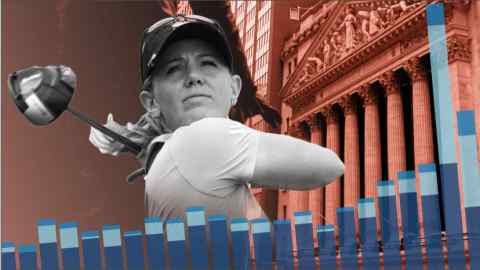 The weighty presence of tech and healthcare in the S&P 500 contrasts starkly with other global markets. Only 13 per cent of Euro Stoxx 600 companies are likely to raise their sales by more than one-tenth in the coming years, according to estimates from Goldman Sachs. In the US, meanwhile, the proportion of listed companies that can expect similarly solid revenue growth sits at around one-third, on Goldman’s projections.

Citi Private Bank notes China and the US “have the highest shares of the longer-term growth industries” that have helped portfolios bear the brunt of Covid-19.

That suggests that disruptive companies in cloud services, digital payments and bioprocessing should play a crucial role in stock selection over the next decade. And focusing on a G2 world of China and the US may be one key takeaway from the great recession of 2020.

“Investors should not underestimate that the way to achieve their financial goals might be markedly different now, as the ‘disrupters’ take an ever-larger share of the pie from those ‘disrupted’,” argues Geraldine Sundstrom, portfolio manager at Pimco. “The ability to distinguish between both is becoming crucial.”