What tech can learn from nonagenarians 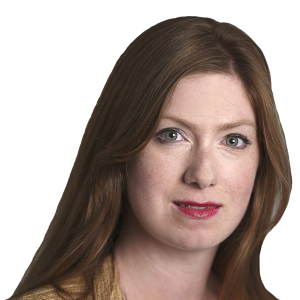 It was billed, unofficially, as “TED talks by old people”. Instead of millennial speakers with slick slide decks trying to sell their start-ups, octogenarians — and even the odd nonagenarian — took to a stage in San Francisco last month to speak candidly about their life experiences.

The “Bridge” event was part of Reimagine, a week devoted to discussing the end of life (I even got a free pack for planning how I want to die). But the speeches (not in fact organised by TED) had more life in them than most of these types of talk, where speakers tend to open with an anecdote, scatter in a few funny pictures and conclude with a three-point argument.

An audience of young and old heard about some vastly different life experiences. There was an 87-year-old African-American, born to a teenage mother in a shack in Texas two generations after the abolition of slavery. At the age of five, he picked cotton and was taught the danger of hugging white girls. But he was the first in his family to graduate from high school, from college and from law school. He became a judge in San Francisco.

In stark contrast, an 84-year-old white man wearing wacky trousers took off his sandals, stood in his socks and told the epic story of how he gave up his safe job as a junior executive to go “vagabonding” around Europe.

My favourite was a drummer who had taken up with a number of gurus during the 1960s. His life lesson was that if you put positive energy into the world, you will get it back. But he also spoke about losing one guru “to the nuthouse in Napa”, and following another to an ashram that was bombed during the 1965 Indo-Pakistani war. So not all positive energy.

The young people at the event went because they realised they could learn from an older generation. But old age is a rare commodity in Silicon Valley. Too often, the technology industry fears or sneers at older people. This element was on full display last month when Mark Zuckerberg was quizzed by US Senators. Tweeters obsessed over how old the politicians were, just as the writers of breathless magazine profiles used to marvel at how young Zuckerberg was.

“Mr Zuckerberg, a magazine I recently opened came with a floppy disk offering me 30 free hours of something called America On-Line. Is that the same as Facebook?” mocked one tweeter. “Facebook stock up 4.5 per cent on news that America is run by people who still own VCRs,” snarked another.

In truth, some of the politicians did little to dispel such remarks. One described smartphones as “handheld tablets”, another boasted of having his “Facebook address” printed on his business cards, while yet another appeared confused about how the company made money (leading to the now famous Zuckerberg response, simple to the point of insolence: “Senator, we run ads”).

Of course we should expect the people that regulate companies to understand them. But the sneering felt unfair. And those who cringe at an older generation’s tech illiteracy risk missing out on what else they might have to offer. Senators with strong foundations in politics and economics may, for instance, have a better understanding of how to regulate large companies than kids in Silicon Valley who know that a “cookie” is both a way of tracking a user around the web and a way to fill your belly.

Back on stage, Vilma Ginzberg, a 91-year-old retired psychologist, had some advice for those worried about tech addiction. Young people’s minds were, she feared, being wired like devices, not humans. To counter this she had a four-step plan, which, over 21 days, might become a life-enhancing habit:

1. Move, move with your children, move at least every hour-and-a-half.

2. Remember the importance of human touch, even for old people.

4. Get outside into the natural world.

It was the kind of talk that, were she 50 years younger, would have gone viral.