It took four decades for NMC Health to ascend from its humble origins as a small clinic founded by Indian entrepreneur BR Shetty to its pinnacle as a FTSE 100 favourite.

It took less than four months for the success story of the largest private healthcare provider in the United Arab Emirates to sour after short-sellers questioned NMC’s debt and cash position last December. Angry denials quickly collapsed as an independent investigation triggered a series of damaging revelations that saw NMC admit evidence of fraud and more than $4bn of undisclosed debt.

Earlier this month, NMC’s major creditor, Abu Dhabi Commercial Bank (ADCB), successfully applied to a UK court to place the London-listed business in administration. Restructuring consultancy Alvarez & Marsal has taken over management of the hospitals and clinics, replacing the entire board.

“Clearly something has gone very wrong with the management and oversight of this company,” said Judge Sebastian Prentis at the hearing.

The unfurling scandal has been lucrative for consultants, with boutique investment banks coming in to advise the company’s management, shareholders and creditors.

The appointment of Alvarez & Marsal to handle the UK administration comes after the previous management brought in investment bank Moelis & Co and accountancy firm PwC to assist them with debt restructuring and operational advice as NMC sought a debt standstill. Shareholders, such as Mr Shetty, have also engaged their own advisers, including investment bank Houlihan Lokey, to steer them through the situation.

The crisis at the UAE’s largest private healthcare provider has coincided with the onset of the coronavirus pandemic. “The turmoil at NMC couldn’t come at a worse time given the growing Covid-19 crisis,” says one healthcare consultant. The number of cases had risen by Wednesday to more than 5,300, with 33 deaths.

The Gulf state has introduced tight restrictions on movement, with Dubai imposing a 24-hour curfew that requires residents to apply for a permit to leave their homes to collect essentials. A mass testing programme has involved opening 13 drive-through testing centres across the seven-emirate federation, as well as the construction of a laboratory in Abu Dhabi that can assess tens of thousands of samples a day.

While some non-essential NMC facilities have closed because of the nationwide lockdown, one person close to the company says any hospital and clinic that can serve patients is staying open. NMC has more than 2,200 beds and 2,000 doctors in 200 facilities across the UAE.

The company’s former management attempted to block the administration effort, arguing that such a move would destabilise the business at a critical juncture. Alvarez & Marsal quickly wrote to assure staff that the administrators would strive to allow medical staff to deliver healthcare efficiently, including a commitment to pay salaries on time. NMC struggled to meet February payroll.

Some local healthcare executives believe that the government would have intervened if it feared a shortage of intensive care beds. As it is, Dubai alone already has up to 5,000 available for Covid-19 patients and can handle more than 10,000 with the construction of two field hospitals. It also plans to convert deserted hotels into medical facilities if the need arises.

“The government has a full handle on the number of intensive care beds needed,” says one healthcare executive. “If they needed the hospitals, they would have acted differently on NMC.”

Alvarez’s three joint administrators working on NMC are all senior managers based in the UK, rather than in the consultancy’s UAE office. In a letter to staff, Richard Fleming, managing director of Alvarez & Marsal Europe, said this was because NMC is registered in the UK.

At the administration hearing, the judge expressed his confidence that the new management, backed by fresh funding, would be able to keep NMC a going concern. ADCB has pledged to provide new working capital facilities.

Yet the scandal has once again tarnished the UAE’s reputation as a commercial centre. Coming less than two years after the fall of Abraaj — a Dubai-based private equity group that collapsed when it was accused of misusing investor money — it has intensified concerns about local regulators’ capacity to deal with such complex cases.

Abraaj started to unravel when overseas investors in the group’s healthcare fund raised the alarm on its alleged use of their money for internal purposes, rather than investments. Alissa Amico Kole, managing director of the Govern Center, which advises on corporate governance, points out that the original whistleblower on NMC’s financial problems — research firm Muddy Waters — also came from outside the region.

To bolster local ability to handle such crises, Nasser Saidi, a governance consultant, says the financial regulator’s powers could be expanded into a supervisory body to screen regional companies seeking to list abroad. He also believes that a UAE version of the UK’s Companies House — providing information on corporate ownership and financials to the public — would benefit transparency.

While the Abraaj scandal damaged the fundraising prospects of the Middle Eastern private equity industry, NMC threatens to do likewise for UAE companies seeking to access the deep pools of capital in western markets.

“The level of scrutiny for companies from here will be off the charts,” says one investment banker. 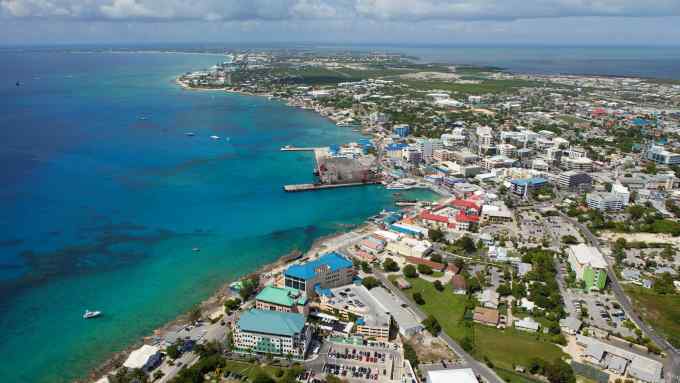