The UK increasingly resembles an “emerging market” and risks a currency crash should it leave the EU without a deal next month, according to one of the pioneers of investing in developing economies.

Mark Mobius, who started one of the first funds dedicated to emerging markets more than 30 years ago, said that the pound would tumble to parity against the dollar and Britain’s credit rating would be cut should politicians fail to avoid an abrupt exit from the trading bloc.

Sterling, which has been a barometer for investors’ fears and hopes for how Brexit will unfold, has traded in a tight range in recent weeks as political wrangling in Westminster has kept open a wide range of outcomes, including an exit without a deal or a second referendum on EU membership.

“Up to now, the UK is riding on the coat-tails of the EU, in the sense that [the UK] can have very low interest rates,” Mr Mobius told the FT at an event in New York this week hosted by the Emerging Markets Investors Alliance. “As soon as they break, people are going to start looking hard and fast. The rating agencies will say ‘wait a minute, no more EU association? We’ve got to downgrade.’”

The Bank of England warned earlier this month that a no-deal Brexit would leave the UK’s economic outlook materially worse but, as the new deadline of April 12 for leaving the EU draws near, the picture has been mixed. The unemployment rate is at a multi-decade low of 3.9 per cent, though business investment last year fell for the first time in several years.

With Theresa May, the UK prime minister, so far unable to command a parliamentary majority for the Brexit deal she struck with Brussels, the remaining 27 EU countries have handed the government a further two weeks to win over enough MPs, or for Westminster to agree on a different approach.

The 82-year-old said that the UK lacked leadership and described the June 2016 referendum as a “fraud” because voters were “lied to and they made a mistake in making this vote”. 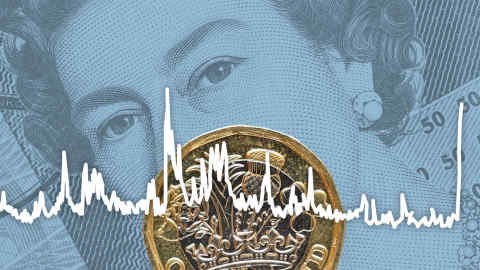 Sterling tumbled more than 10 per cent immediately after the poll and has since traded at an average of about $1.30 against the US dollar. Meanwhile, UK government bonds have been swept up in the global rally in sovereign debt.

Mr Mobius said he would consider moving his new firm, Mobius Capital Partners, from London in the event the UK crashes out. Such a scenario would end passporting, or the ability of a firm in one EU country to sell its products and services in another without the need for separate regulatory approval.

“The unfortunate thing for us in emerging markets is that the UK is really a centre for emerging countries for [public] listings or for company meetings,” Mr Mobius said. “We can sit in London and these people will come to us.”

The Financial Conduct Authority has estimated that about 5,500 UK-based firms would lose their passporting rights if the UK leaves without a deal.

“We’ll have to go to Paris, Munich or somewhere else in the EU,” Mr Mobius said of his firm. “I would like to go to Spain. I want warm weather.”