Employees of exchange traded fund providers in Europe are paid significantly less than their US peers, according to a global ETF salary survey.

The average basic salary of someone working at an ETF issuer in the US is $211,000, already almost 50 per cent more than their Europe-based counterparts who, on average, take home the equivalent of $141,000, according to Blackwater Search, a specialist ETF executive search and advisory firm.

Once bonuses are added in, the pay gap widens further between the two markets, according to the research.

The average total pay package in the US is $392,000, more than 60 per cent higher than the $242,000 average annual payout for staff members at European ETF issuers.

The gap widens still further for those at the head of ETF issuers in Europe whose average overall pay packages in Europe of $873,000 are less than half the average of $2m business heads take home in the US. Average total pay for a business head at an ETF issuer in Asia lags behind at $600,000.

“A lot of ETF providers are US based, so more senior management tend to be based there, which can skew the figures,” said Michael O'Riordan, founding partner at Blackwater Search.

Globally, authorised participants or market makers offer some of the most lucrative roles in the ETF industry.

Mr O'Riordan says he is surprised by how much authorised participants and market makers earn, although the likely explanation is that most are former investment banking traders, who are accustomed to demanding high pay.

$860,000 Average total compensation of an authorised participant or market maker in Asia

The coronavirus crisis has highlighted the critical role that market makers play in the ETF industry by continuing to buy and sell ETFs in the secondary market despite stressed conditions.

When market volatility was at its peak in March, fixed income ETFs continued to trade while many of the underlying bonds did not.

However, the crisis may still have a downward pressure on salaries in the ETF industry as a result of the shift to remote working, said Mr O'Riordan.

“As more people work remotely and firms look to hire people from outside the main cities then firms will try to reduce compensation,” he said.

“A firm is not going to continue to pay a London salary” if that happens, he added.

“All firms” are looking at this right now, said Mr O’Riordan, who added he expected that pay packages would start to get smaller across the industry.

The salary data are based on a survey of more than 2,000 professionals working in the global ETF industry.

*Ignites Europe is a news service published by FT Specialist for professionals working in the asset management industry. It covers everything from new product launches to regulations and industry trends. Trials and subscriptions are available here. 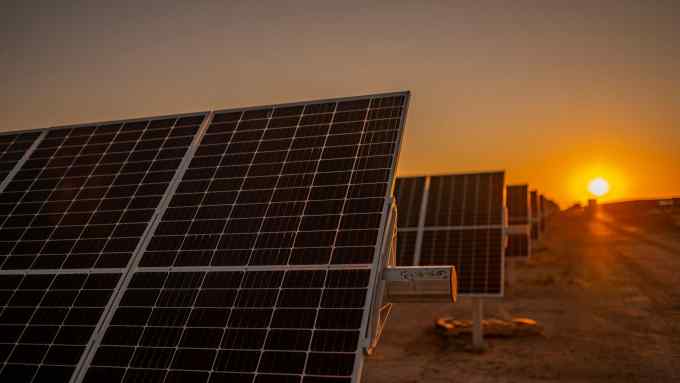