UK stocks have widely outperformed global equities this year, in a sign that investors are hunting for bargains as they exit higher-growth businesses whose appeal has been tarnished by expectations of interest rate rises.

A broad MSCI index tracking UK companies has added 3.6 per cent in dollar terms since the end of 2021. That gain puts British stocks more than 9 percentage points ahead of the broader MSCI World index, which has fallen almost 6 per cent over the same period.

If current trends were to continue through to December, this would mark the first year since 2011 that UK equities have beaten the rest of the world, according to FactSet data.

“The UK has shown up increasingly positively over the past year,” said Trevor Greetham, head of the multi-asset team at Royal London, which has more than £150bn in assets under management.

Greetham highlighted the cheap valuations of UK companies compared with those in Europe and the US, as well as improving earnings and recent “resilient price action”. He said the UK was now Royal London’s “largest regional equity overweight”, having ranked bottom of its list as recently as 2020.

The MSCI UK currently trades on a forward price-earnings multiple of 12 times — well below the multiple of about 18 times commanded by the global MSCI gauge.

London’s blue-chip benchmark share index, the FTSE 100, has a heavy concentration of industries that have been unpopular investments over the past decade, such as global banks, miners and energy producers — from HSBC to oil major BP.

At the same time, the gauge lacks technology companies to rival US heavyweights such as Alphabet, Amazon and Apple, and has trailed other leading equity indices in the years that followed the 2016 Brexit referendum. Last year, for example, Wall Street’s S&P 500 index gained 27 per cent, while the FTSE 100 gauge added just 14 per cent.

But those trends have reversed in recent weeks as global investors have begun to unwind positions in riskier assets expected to grow at a rapid clip years into the future in favour of cheaper stocks represented in UK markets.

The change in momentum comes as central banks on either side of the Atlantic weigh up how best to tackle inflation that has proved stickier than many expected. Both the Federal Reserve and Bank of England are expected to increase interest rates in coming months. Higher borrowing costs erode the present value of future cash flows — denting the allure of stocks perceived to be higher risk.

Royal London noted in a presentation that while rising real yields — the returns investors in low-risk bonds can expect after accounting for inflation — would hit growth companies whose value is underpinned by expected future earnings, “cheaper, less interest rate-sensitive stocks”, such as those in the UK, were likely to do well this year.

Royal London is not the only fund to have warmed to the UK, attracted by its history of hefty dividend payments and the sunken valuations of many of the country’s public companies.

JPMorgan last month upgraded the UK to ‘overweight’, meaning it suggests clients give the country’s stocks an outsize weighting in their portfolios. The US bank said the market is trading at a “record discount” compared with other regions. Australia’s largest pension fund, meanwhile, has said it expects to more than double its UK assets from £7bn to more than £15bn by 2026 — focusing on private markets.

One of Canada’s largest pension fund managers last year unveiled its own plans for a C$15bn ($12bn) investment in private assets in the UK and Europe. Caisse de Dépôt et Placement du Québec (CDPQ), the C$400bn global investment group, noted that the UK stood out for its “pro business” stance.

Yet there are reasons to question whether the UK will maintain its outperformance this year. It has consistently ranked towards the bottom of the list of markets popular among global investors, according to Bank of America’s closely watched fund manager survey. Retail outflows from UK equity funds reached a record £5.3bn in 2021, topping the prior record of £4.9bn in outflows set in 2016, according to the Investment Association.

“If you want exposure to rising bond yields you play the banks. The oil companies are a play on the oil price. Equally if you think global economies are recovering from Covid-19 then mining stocks are a good way to play that.”

Get alerts on UK equities when a new story is published

Explore the series
READ MORERobin Wigglesworth
Will this truly, finally be ‘the year of the stockpicker’? 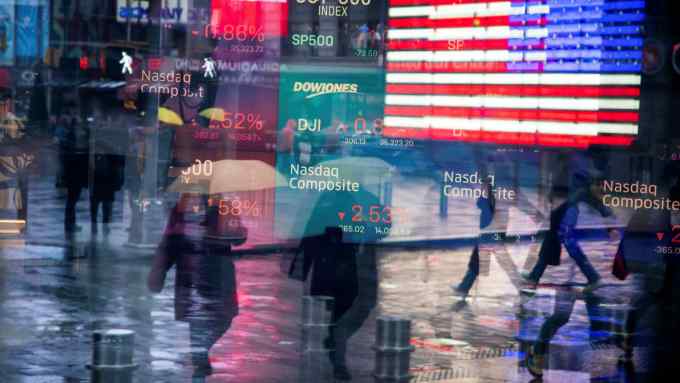