Kapsch TrafficCom, the Vienna-listed tolling division of the family-owned Kapsch Group, is a classic example of what Austria likes to call its “hidden champions”. It is small in global terms, with €456m in revenue in the 2014-15 financial year and only 3,500 employees, but it is a giant in its niche.

It also represents the kind of high-technology company Austria needs more of to maintain its postwar prosperity. Kapsch spent 11 per cent of its revenues on research and development in the last financial year, and it employs 400 engineers in eight locations around the world.

Kapsch Group, which has been active in telecommunications for almost 125 years, diversified into tolling technology through acquisitions 20 years ago, and quickly staked out a specialised position. It not only provides cutting edge technology, but operates all kinds of tolls, competing against usually larger groups that do one or the other business.

Today Kapsch is reinventing itself once again by pushing into intelligent transportation systems (ITS), cameras linked to road signs that monitor and regulate traffic flow. It is also exploring the still nascent market for intelligent mobility systems (IMS), which connect vehicles with infrastructure and with each other. By 2020 it aims to earn 40 per cent of its revenues from these markets, and only 60 per cent from electronic toll collection.

Kapsch’s reliance on the high end of the tolling market was a vulnerability in the global financial crisis. Budget cuts led public authorities to delay tenders, rather than embrace the need to find alternative funding methods. Still today, Kapsch’s shares not only trade at lower multiples than its peers but even below its 2007 initial public offering price.

“The revenue predictions of the industry were much more than turned out to be the case,” says Georg Kapsch, group chief executive and the current head of the Federation of Austrian Industries.

Falling revenues and the cancellation of a much hoped for Russian tender pushed Kapsch to last year launch its Strategy 2020, which included cost cuts to raise its earnings before interest and taxes (ebit) margin to 10 per cent of revenues from just 4.2 per cent in the 2013-14 financial year — a target it exceeded in the first quarter.

Kapsch will also redouble its efforts to seek contracts outside Europe, which has typically supplied 60 per cent of its revenues. There have also been a series of acquisitions in the US since 2008.

“The willingness to invest in new ideas there is much greater than in Europe,” says Mr Kapsch.

Under the strategy Kapsch also plans to win more contracts for intelligent transportation systems, where it is still a small force in a very fragmented market. Recently it won contracts to supply traffic management systems on the UK and Dutch motorways. “It showed the market they can win a bigger tender in this field,” says Daniel Lion, an analyst at Erste Group, the Austrian bank. “They were completely dependent on the tolling market so far and now the [stock] market has begun to reassess Kapsch’s investment story, though we are far from the point where it is seen as high growth.”

Kapsch sees even bigger opportunities in the broader IMS market, which will bring the group from the highways into smart cities and inside smart cars, where drivers, public transport and infrastructure are linked together to smooth traffic flows, make parking easier and protect the environment.

In April Kapsch completed the acquisition of Californian company Streetline, whose technology enables drivers to check parking options with smartphone applications. “We acquired Streetline as a nucleus, as a first step towards IMS,” says Mr Kapsch. “We are convinced that urban applications will be the main driver for our future strategy.” Kapsch expects Streetline to start contributing to profits in 2017.

But some analysts argue that Kapsch may just be too small to win what will be a fierce technological battle in this new market. “They might need to team up with other technology providers in order to bolster their position in the market,” says Mr Lion.

Mr Kapsch admits that the intelligent mobility systems business is heading into an unpredictable future.

“No one knows what IMS will be all about,” he says. “It will be a long and winding road before we know where we will end up.” 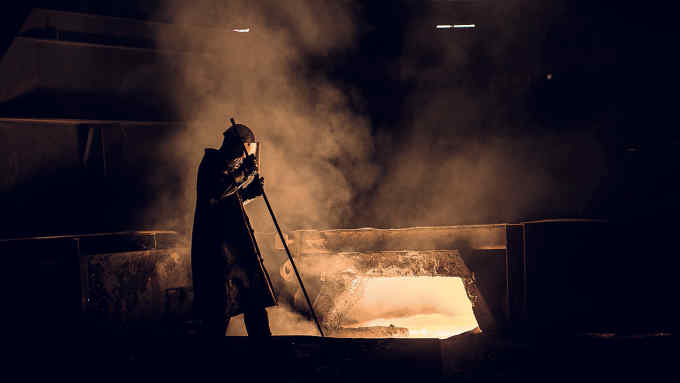