Climate change turns up the heat for property owners

Flood and wildfire risks are increasing costs, but defensive measures are possible

Sign up to myFT Daily Digest to be the first to know about Risk Management news.

The residents of Lake Charles, a city in southern Louisiana, have had a tough few months. In August Hurricane Laura smashed through the area with winds of over 130mph, causing billions of dollars’ worth of damage. Just six weeks later Hurricane Delta visited with yet more strong winds, and more heavy costs.

This year’s Atlantic hurricane season has been a particularly active one, with a succession of storms causing severe damage. At the same time, wildfires have ravaged other parts of the world. Together, say climate experts, they are worrying signs of what is to come.

“Properties which were out of reach of hazard have the potential to become included. Flood risk and wildfire risk are the two which are showing the strongest signatures of climate change at this point.”

Climate change will not necessarily make storms more regular, say modelling experts, but they will be more severe when they do happen, causing extensive flooding. And increasing temperatures make wildfires more likely by drying out forests and making them easier to burn.

$400bn Cost of flood defences for US coastal communities by 2040, according to Center for Climate Integrity

“Wildfire is a slightly complicated peril,” says Mr Muir-Wood. “What drives it is how much fuel there is around. Past years of drought in California have killed more than 100m trees. A shorter, wetter winter produces more vegetation, while a longer, drier, hotter summer dries out that vegetation and turns it into fuel.”

“A longer, drier summer also means a longer fire season. A whole series of factors are interlinking and raising the risk,” he adds.

These wildfire risks have played out in the US this year. According to Aon, the consultancy, five of California’s six largest fires since 1932 were recorded in August and September this year.

In Australia, meanwhile, bushfires at the end of 2019 and start of 2020 are likely to cost insurance companies over A$1.8bn ($1.3bn), according to Perils, a data provider.

Beware of the rural idyll

In some cases, the risks to property from climate change have been increased by people moving towards problem areas rather than away from them. Florida, for example, is facing growing flood risk but US retirees are still keen to move to the state. Meanwhile in California, the growing popularity of rural living means that people are moving to forest areas where there is a greater risk of wildfires.

A report from consultants McKinsey published earlier this year lays bare just how much property owners could be exposed to rising costs. In Florida, losses from flooding could wipe $30bn-$80bn, or 15-35 per cent, off the value of exposed homes. Across the world, in Ho Chi Minh City in Vietnam, the cost of direct infrastructure damage from a one-in-100-years flood could rise from $200m-$300m today to $500m-$1bn by 2050.

Mary Ludgin, head of global research at property asset manager Heitman, says that real-estate owners need to prepare themselves. The first step is to assess the direct physical risks to properties. “Physical risk information is widely available and not particularly expensive,” she says. “That’s changed in the past five years.” 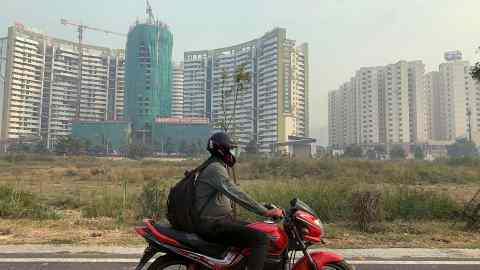 Once these risks have been assessed, it is possible to take measures to make properties more resilient. For example, owners can install flood barriers if the building is close to a river, or move sensitive equipment to upper floors.

According to Billy Grayson of the Urban Land Institute, a think tank, these measures can pay dividends as resilient buildings are likely to be able to charge more in rent than those that are more vulnerable.

“We’re seeing evidence that a good resilience strategy can pay off on top-line revenue,” he says. “There are tenants who care deeply about business continuity and are willing to pay more to be in a building that provides them [with that continuity].”

But physical risks are not the only threat to property. According to Mr Grayson, owners need to look at “transition risks” as well. These include the cost and availability of insurance, the cost of local taxes, and the investment that local governments might need to make to mitigate the risks. According to campaign group the Center for Climate Integrity, for example, coastal communities in the US face over $400bn in costs over the next 20 years to defend themselves from rising sea levels.

Already, some of these costs are starting to come through. Insurance companies, which have paid out billions in recent years to cover the costs of floods, storms and wildfires, are starting to adjust their prices to reflect the bigger risks.

“Insurance companies are investing in risk knowledge to better understand, model and assess risks,” says Michael Gloor, climate change lead at Swiss Re, the reinsurance company. “In some cases that leads to a change in risk views and their insurance or reinsurance prices.”

Get alerts on Risk Management when a new story is published