Flying taxis will bring traffic jams to the sky

When Rick Deckard, the hero of the 1982 science fiction film Blade Runner, gazes down at a futuristic Los Angeles from a flying police car, a Pan Am sign shines on one of the towers. It is a nod to the helicopter service from the old Pan Am airline building in Manhattan to John F Kennedy airport, which closed down in 1977 after a fatal accident.

Urban mobility is going back to the future. An executive of Uber, which wants to operate flying taxis by 2023, this week promised that the “ever elusive flying car” is almost here. He was speaking at a conference for its Elevate division, where details of its new 30-minute Uber Copter service from Manhattan to JFK were announced.

Uber has selected Dallas, Los Angeles and Melbourne in Australia as pilot cities for its Uber Air taxi service, while Lilium, a Munich-based start-up that is building an electric aircraft with 36 engines, plans to hire hundreds of software engineers in London. Advances in engines and batteries are making Deckard’s short aerial journey possible; the question is whether it is desirable.

I doubt it. The trouble with electric aircraft is that the ones that would be undeniably useful — long-range airliners that would reduce the industry’s carbon emissions — are still a distant prospect. Arriving sooner are short-hop taxis that will ferry a few people across a city, adding noise in the skies to the congestion on the roads.

There is something about flying that provokes investor excitement, but often ends in disappointment. The vision of on-demand flights on “very light jets”, or VLJs, led to start-ups such as DayJet and Pogo placing big orders for aircraft including the Eclipse 500 in the mid-2000s, then to bankruptcies.

The economics of airlines mean that aircraft need to be in constant use, flying back and forth. The consultancy Roland Berger estimates that 100,000 “passenger drones” could be in operation by 2050 and Morgan Stanley’s bull case is that the lack of congestion in the skies means that a flying taxi could make 40 commuter trips of 20 miles each in an eight-hour shift.

Better public transport would obviate the need for urban private aviation — helicopters skip from Manhattan to JFK because there is no high-speed rail service to the airport, as in other cities. People pile into private cars and Ubers, causing gridlock along the Long Island Expressway and creating demand for a $200 Uber Copter trip rather than a $50 ride in a yellow cab.

High-speed rail is a vain aspiration in many US cities because it is impossible to find public investment running into billions. Elon Musk, founder of the electric car company Tesla, wants to bore his own tunnels instead, including a pair from Chicago to O’Hare International airport. It is quixotic but he is right that rail is more civically and ecologically rational than flying taxis.

Safety is another concern. Private helicopters have a worse accident record than cars, and the helicopter crash in Manhattan on Monday was the second fatal accident within a month. As Robert Thomson, a partner at Roland Berger, puts it: “The safety case for flying taxis buzzing around tall buildings in all weathers is difficult.”

Electric aircraft makers such as Lilium insist they are safer than helicopters because they have more engines and rotors, and are less vulnerable to a single point of failure. But technology will have to advance a long way before autonomous flying taxi fleets, which is Uber’s ultimate aim, are safe.

Meanwhile, there is the everyday problem of noise. Deckard’s flying car lifts into the air with a mellifluous whine but no one who lives near a helicopter pad would be convinced by that. Even the noise of a small drone overhead can be intrusive and an air taxi with several people on board will need powerful thrust to ascend vertically.

Uber’s ambition is for the flying taxis it plans to operate, which will be made by companies such as Boeing and Bell Helicopter, to be only half as loud as a medium-sized truck passing a house at 50 feet. Given that Uber alone also envisages hundreds of flights a day in some cities, the combined effect could sound like a motorway in the sky.

Technology companies that make losses often respond by inventing a new financial metric and, sure enough, Uber’s 2016 white paper on urban air mobility “explored a more nuanced and complete definition of noise than simply sound pressure”. Arguing with investors is one thing, but trying to redefine noise to residents under its flight path will be a tough sell.

Medium-range electric jets that produce less noise and emissions than traditional jets have potential. Lilium wants to operate services of up to 300km between towns and cities and Zunum Aero, which is backed by Boeing, is building a hybrid electric regional jet in the US. When rail links are un­economic, rapid transport on an electric aircraft is an appealing idea.

But cities would be better off putting more people on trains than unleashing squadrons of private taxis in the sky. Regulators and investors will determine whether services such as Uber Air merit approval and are worth the financial risk. Both should pause before turning science fiction into fact.

Proof that two wheels are better than none / From Mike Frost, Bristol, UK 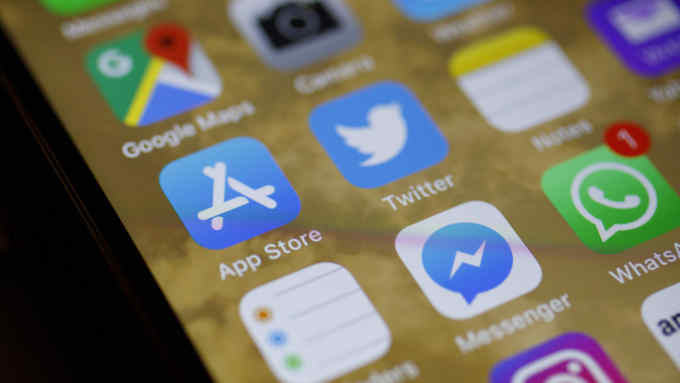 As Uber prepares to take electric taxis into the skies, the traditional book trade fights off Amazon and Big Tech reshapes competition, companies have to be nimbler and more adaptable than ever. Here’s the best of this week’s opinion and analysis.