Take a flutter on these innovative mascaras

With new formulas, wands and falsies, your lashes are set for an upgrade

Mascara hasn’t changed a great deal in the past 50 years. Which is unusual, considering it’s part of an industry that is constantly innovating. That miracle-working, tar-like goop formulation has remained mostly unchanged, while different effects — lengthening, separating, volumising or curling — are achieved with tweaks to the wand or wiper (the ring inside the neck of the tube that controls how much product is dispersed). “The formulas are basically just wax, pigments and some film formers,” says cosmetic chemist Ginger King. “You can have the exact same formula but different wands and have a very different result.”

Now, new consumer demand for plant-based formulas or products that can replicate the appearance of professional eyelash extensions is shaking up the sector. And such innovations couldn’t be better timed, given that eye make-up (which highlights the only part of the face visible when wearing a mask) performed above the category average in 2020, despite declining cosmetics sales overall, according to the NPD Group.

Victoria Beckham, who launched her beauty line in 2019, this year released her first mascara, Future Lash (£26), because she was “tired of my mascara being unable to keep up, always smudging, flaking or harming lashes”. The formula employs shea butter and hydrating pro-vitamin B5 alongside plant-based polymers to create flexible volume that prevents lashes from getting brittle. These volumising filaments dissolve in warm water, removing the need to pull or tug at the eyes to remove it, while the wand has a slight bend, accentuated by the increasing bristle length.

Burgeoning plant-based and vegan movements are contributing considerably to innovations in mascara formulations, which have traditionally been made with animal products, including fish scales or beeswax. Luxury vegan formulas include Hourglass Caution Extreme Lash Mascara (£29), which has dense bristles on one side for volume, shorter bristles on the other side for smudge-free bottom-lash application, and a tapered point for inner corners. Byredo’s debut into cosmetics last year saw the launch of its much-talked-about Space Black Mascara (£35), a vegan formulation made with 85 per cent natural ingredients, while the Tears in Rain (£35) waterproof version launched this spring.

With the wand and wiper doing so much of the heavy lifting, beauty brands are also innovating with these tools. The new Lancôme Lash Idôle Mascara (£23.50) has 250 different bristle sizes and some 360 even smaller micro-bristles, set into a flexible arched shape to better hug the lash from root to tip — and it has trademarked the wand shape. Benefit’s new addition to its bestselling They’re Real! range is the Magnet Mascara (£24.50), which uses a (patent-pending) wand with a magnetically charged core to attract the formula, which the brand says helps to pull the lashes up and out for a fanned-out effect. By Terry’s Lash Expert Twist Mascara has a unique customisable wand that can be adjusted to two different curl settings. “Wands don’t get the spotlight they deserve — a good one can be key to creating curl, volume and good pigment deposits,” explains Victoria Fu, one half of cosmetic chemist duo Chemist Confessions. “Curved wands can help to give lashes lift, while flat wands are better at depositing a more even coating for a natural look.” 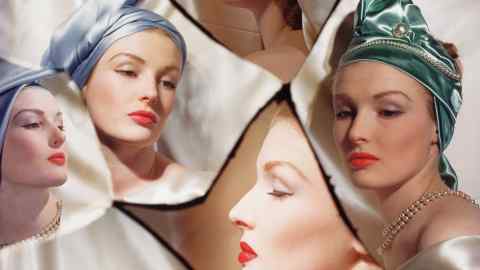 Those who usually rely on professional eyelash extensions, and have been thwarted by lockdown, will welcome the recent arrival of Lashify in the UK. The US brand holds multiple patents for its semi-permanent DIY eyelash extension system, which has revolutionised the false lashes category and quickly garnered a devoted following. Unlike traditional false lashes, applied along the root of the lashes, Lashify’s Gossamers (£15) are applied underneath the lash using a special tool and affixed with a proprietary adhesive, all included in the Control Kit (£115). The brand says the lashes last three to five days on average, but could last seven to 10 days with careful application. With a variety of options in length, volume and colour, the Gossamers can be used to create a natural, soft effect or a dramatic, full-fat finish.

The brand already has more than 67,000 members in its dedicated Facebook group, Lashify Life, where members help neophytes master the art of application, and swap tips to make lashes go the distance. One fan writes: “I put [the Gossamers] on the day prior to my C-section yesterday and they’re still going strong. They were the perfect style to keep me looking fresh but not too made-up!” Indeed, it seems we’re relying on the power of a great lash like never before.