We’ll send you a myFT Daily Digest email rounding up the latest Sudan news every morning.

We’ll send you a myFT Daily Digest email rounding up the latest Sudan news every morning.

Sudan’s prime minister has appealed to Washington to remove Khartoum from its list of state sponsors of terrorism, saying it would be a “game changer” for his impoverished country as he tries to steer a transition to democracy.

In an interview for the Financial Times Africa Summit, Abdalla Hamdok, who was chosen to head a military-civilian interim government after a coup ended the 30-year dictatorship of Omar al-Bashir, said US sanctions stemming from Sudan’s terrorism status were “crippling our economy”.

There was no guarantee the transition to democracy would stay on course until elections scheduled for 2022, he said.

“Transitions are always messy. They are non-linear and they don’t travel in one direction,” the 64-year-old economist said.

“Sudanese people have never been terrorists. This was the deeds of the former regime

Last year, months of mass protests — initially led by women, doctors, lawyers and engineers — triggered the overthrow of Bashir, who seized power in 1989 and led an Islamist regime. The generals who toppled him, including former close associates, agreed to share power with civilians during a three-year transition.

But Mr Hamdok said the road to democracy was being jeopardised by the US’s designation of Sudan as state-sponsor of terrorism. Washington put Sudan on the list of state sponsors in 1993 when Bashir’s regime was hosting Osama bin Laden.

The African state, ruined by years of mismanagement, civil war and corruption, was cut off from the international finance system, Mr Hamdok said, and was unable to restructure $60bn in debt arrears.

“We are isolated from the world,” Mr Hamdok said. He added that it was unjust to treat Sudan as a pariah state more than 20 years after it expelled bin Laden, and a year after it overthrew the regime that harboured him.

“Sudanese people have never been terrorists. This was the deeds of the former regime,” he said.

There has been speculation that Khartoum could recognise Israel if it was removed from the terrorism list, but Mr Hamdok insisted there would be no quid pro quo.

“We would like to see these two tracks addressed separately. We believe we have ticked boxes for us to be removed,” he said, referring to an agreement to pay families of the victims of the 2000 attack on the guided missile destroyer USS Cole and a pending deal related to the 1998 bombings of US embassies in Kenya and Tanzania.

The attacks were carried out by bin Laden’s al-Qaeda network.

Mr Hamdok, a technocrat more used to dealing with bureaucrats and bankers than generals, acknowledged his precarious position in a transition led by former Bashir allies for the first 21 months. These include Lieutenant General Mohamed Hamdan Dagalo, known as Hemeti, a former warlord whose militia has been accused of atrocities in Darfur, the western region of Sudan, and of massacring more than 100 protesters in Khartoum in June 2019.

“I knew when I got the invitation that I was not coming to an easy job,” said Mr Hamdok, who spent years outside the country at the African Development Bank and the UN Economic Commission for Africa, where he was deputy executive secretary.

Mo Ibrahim, a Sudanese businessman and founder of an eponymous foundation that encourages democracy, said Mr Hamdok and the military “have a reasonable working relationship”. But added: “He is walking a tightrope with all these forces around him.”

Mr Hamdok survived an assassination attempt in March and there have been persistent rumours of a coup or a counter-offensive by Islamists excluded from power. The prime minister said legislation aimed at dismantling sharia law was proof that he could work with the military. 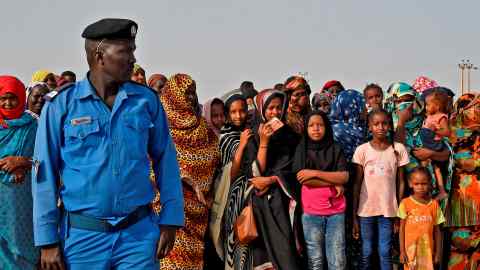 However, Mr Ibrahim said the Forces of Freedom and Change, a loose confederation that led the uprising against Bashir — who has been convicted of corruption and is imprisoned — was losing patience with the transitional government and with economic hardship.

Mr Hamdok acknowledged that the economy was on its knees. The currency was in freefall, inflation was running at 160 per cent, and the budget deficit, at 12 per cent of gross domestic product last year, would balloon to more than 20 per cent of GDP in 2020, he said. The state raised taxes of just 6 per cent of GDP.

“You can’t run a decent government on that,” he said.

His administration was preparing to scrap fuel subsidies to save $2bn annually, the prime minister said, though it would keep subsidies on wheat, cooking gas and other basics.

Nationwide protests against Bashir were initially triggered by an increase in food and transport prices making lifting of subsidies potentially explosive.

Mr Hamdok said his government would also save money through peace agreements with rebel groups that had been fighting the previous regime. Up to 80 per cent of revenue had been lavished on the military, he said, a proportion that would drop to 10-15 per cent now that Sudan was no longer a “war economy”.

The prime minister said he had discussed with the International Criminal Court the possibility of it trying Bashir, possibly in a “hybrid court” in Sudan.

The best option, though, he added, was to reform the judiciary so that it could do the job itself. The ICC has accused Bashir of genocide in relation to the conflict in Darfur in the 2000s.

Get alerts on Sudan when a new story is published 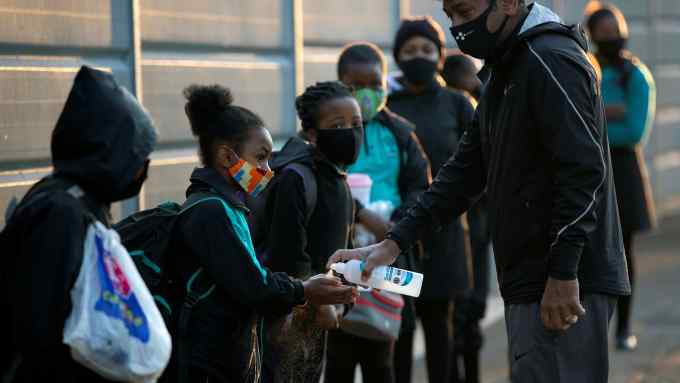