Investors are getting pickier in emerging markets 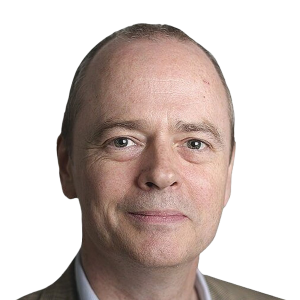 Investors have returned to emerging markets after the coronavirus shock, helping to encourage a surge in government debt issuance. But that revival in confidence has its limits. While some governments will continue to fund themselves with ease, others are finding it more difficult, raising questions about debt sustainability down the line.

The overall bounceback from the panic selling that gripped markets in March has been impressive. According to Moody’s, the rating agency, EM countries with investment-grade ratings issued $119bn worth of foreign currency-denominated overseas debt in the year to mid-September, more than the $114bn issued throughout 2019.

It is a similar picture on domestic markets, where the same group of borrowers issued local-currency debt totalling $47bn over the period, up from $31bn in the whole of last year.

Lower down the rating spectrum, however, conditions have been more challenging. Moody’s data show that foreign currency issuance for non-investment grade sovereigns was $33bn over the same period, about a third less than in the same period last year. And on some local markets, governments are struggling to get debt auctions away.

This partly reflects a loss of momentum in the economic rebound. A proprietary index of financial conditions from Moody’s shows a swift recovery since March. But that recovery has stalled since August.

“The normalisation of financial conditions since April is starting to lose speed,” said Rahul Ghosh, the rating agency’s senior vice-president for emerging markets research. “We are going to see investors make a pivot to thinking about the prospects for economic recovery, and what that means in terms of financing deficits and debt sustainability.”

While the surge in bond issuance may signal a return of investor appetite, it also demonstrates the impact of trillions of dollars of liquidity injected into global markets by the US Federal Reserve and other major central banks. And for EM governments, it represents a ballooning of their financing needs as they respond to the economic damage from the virus and measures taken to contain it.

Other gauges of investor appetite are less encouraging. Cross-border flows by foreign investors into EM debt and equity markets have not made up for the estimated $89bn that left in March, according to the Institute of International Finance. Such flows slowed to a trickle last month, when debt flows were negative for the first time since March, the IIF said.

Dig into the detail and the differentiation is clear. Data compiled by HSBC show that Chinese government bonds — including bonds issued by so-called policy banks — attracted foreign inflows of $89bn to the end of August this year. South Korean government bonds attracted $18bn.

André de Silva, global head of EM rates research at HSBC in Hong Kong, notes that it is low-yielding, highly rated sovereigns that have been the recipients of inflows, while others have found it harder going.

Recent government bond issues in India, for example, fell flat when investors asked for higher interest rates than the central bank was willing to pay, resulting in two cancelled auctions. In Brazil, where the central bank last month cut its policy rate to an all-time low of 2 per cent, investors are already pricing in a rise of 3 percentage points before the end of next year. They believe the government will have to pay more to borrow as the country — which has tipped into recession — struggles to cover an expanding fiscal deficit and a mounting pile of debt, which is on track to reach about 100 per cent of economic output.

Contrast that with China, says Edmund Goh, investment director for Asian fixed income at Aberdeen Standard Investments. Yields on the country’s long-dated government bonds have risen as a result of the People’s Bank of China opting not to follow the monetary easing of the Fed and others, as it focuses on financial stability rather than stimulus.

A 10-year Chinese government bond pays just over 3 per cent a year, compared with 7.3 per cent for a Brazilian sovereign bond of the same maturity. But there is little surprise, given the short and medium-term economic prospects for each, that the demand is heading China’s way.

It is those countries that were in need of policy reform before the pandemic struck that are in the greatest difficulty now, Mr de Silva says. Three countries where sovereign debt is rising at a particularly alarming rate — Brazil, South Africa and India — are also the three emerging economies hardest hit by the pandemic.

“Will they fall into debt crisis?” he added. “I’m not saying they will go the same way as Argentina. But there are strong risks, and until they get a debt stabilisation plan, there will be that debate.”