Most automobiles are woefully underused. Subscription schemes may be the answer

Transportation is the largest contributor to US greenhouse gas emissions — no surprise, perhaps, in the land of the freeway. Yet the biggest automotive problem for the environment is not cars zooming along the interstate, but cars sitting still in driveways and parking lots.

The average car is unused 92 per cent of the time, according to McKinsey, the management consultancy. Given the carbon intensity of producing vehicles, this stunning underutilisation suggests that far too many cars are built relative to society’s transport needs. And once cars are sold, they take up far too much space. In America, 250m vehicles are served by an estimated 2bn parking spots, diminishing the amount of green space and contributing to urban sprawl.

“Everybody is entirely too comfortable with the status quo of how transportation works today,” says Dan Ammann, head of Cruise, GM’s driverless car division. “Why is it OK that 30 per cent of the real estate of cities like [San Francisco] is occupied by parking lots?”

Mr Ammann’s solution is a fleet of electric, on-demand autonomous cars serving every important metropolitan area, which could have a big environmental impact by reducing congestion and killing the need to own a vehicle. By simultaneously designing out waste and maximising product use, such a system would also slot neatly into a circular economy.

It is a compelling vision, but experts say the shift will take 20-30 years. Until then, the question is how to get more use out of today’s cars. The answer is pretty simple: sharing.

In 2016, a study by the OECD’s International Transport Forum concluded that if cars and buses in Lisbon were replaced with a fleet of shared taxis and minibuses, the same level of mobility could be provided by just 3 per cent of the current number of vehicles.

“Congestion would be eliminated, traffic emissions cut by one-third even without any new technology, and on-street parking places would become superfluous, freeing public space for other uses,” was how the ITF summed up its findings.

Others have backed up these numbers. AlixPartners, a consultancy, found that if a privately owned car enters an Uber or Lyft fleet, it displaces four privately owned vehicles. If one vehicle enters a car-sharing fleet — a short-term rental service such as ZipCar — it displaces 19 vehicles. “So shared mobility is a big piece of how [the automotive sector] gets into the circular economy,” says Mark Wakefield, managing director at AlixPartners.

Ride-hailing and car rentals are already ubiquitous, but another trend is becoming apparent among consumers: car subscriptions.

Car subscriptions are like leases but they are “all-in-one” packages inclusive of insurance and maintenance. Like Netflix or Spotify, there is no fixed term — just a monthly price that often gives the user the ability to exchange vehicles at will.

In the US, the two-and-a-half-year-old start-up Fair, backed by SoftBank, has pioneered subscriptions and now has 45,000 cars in its fleet across 30 cities. Porsche, Volvo, Cadillac and Lincoln are all trialling subscription packages. For the most part their challenge has not been finding consumers, but getting the finances right in a very capital-intensive business.

Russell Hensley, co-leader of McKinsey’s Center for Future Mobility, says subscriptions can fill “the huge gap” between on-demand ride-hailing and multiyear leases. He projects that in the next five years car subscriptions in the US alone will move from the tens of thousands to 6m-11m units.

One reason car subscriptions could take off is the rise of electric vehicles. Today, in a car ownership society, battery-powered vehicles account for about 1 per cent of new sales. Customers are reluctant to purchase electric vehicles because they cost more upfront. Yet the operating costs are far lower: according to UK energy provider British Gas, charging an electric car for a 100-mile journey costs £4, compared with £14 for petrol. Electric vehicles also have fewer moving parts — they are essentially giant batteries on wheels — making them easier to service.

This makes them the obvious choice for ride-hailing fleets and autonomous robotaxis, which will only be profitable if they are utilised more than 80 per cent of a 12-hour day, according to James Farley, president of new businesses, technology and strategy at Ford.

In the US, 250m vehicles are served by an estimated 2bn parking spots

Los Angeles-based Canoo claims to be the first company to design and manufacture an electric vehicle made for ride-sharing that it will exclusively offer via subscription, beginning in 2021.

Canoo’s business model is to be paid a recurring fee to offer a service — rather than to make a one-off sale. Its executives argue that electric vehicles can last longer and are cheaper to maintain, opening up a new avenue for electric cars to go mainstream.

“We own the car, so our incentive is to build a car that lasts,” says chairman Stefan Krause. “This car will probably have half the cost of operation than [one with] an internal combustion engine.”

Canoo plans to allow its subscribers to operate an “Airbnb-for-cars” service, too, in effect allowing members to have their own subscribers when they are not using the vehicle.

Some companies already allow this, such as the car sharing apps GetAround and Turo, but Canoo believes more people will be willing to do it if they themselves do not own the car.

Meanwhile, other types of business are trying to use car subscriptions as a clean energy play. In Germany, battery storage group Sonnen, which was acquired by Shell earlier this year, announced last month that it would soon offer its customers electric car subscriptions as part of a wider household package.

Sonnen sells home battery storage units that connect to solar panels and give free electricity to users by creating a “virtual network”. Starting in 2020, customers in Germany will be able to purchase a six-month subscription to sonnenDrive — which acts like a short-term trial for customers unsure about whether or not they want an electric car.

The trends are encouraging. Electric vehicles can be charged by sustainable energy. And if they are widely shared rather than purchased, parking lots can be repurposed. But, with more than 1bn cars in the world today, there is a lot of traffic on the way to a circular economy.

Get alerts on Sharing economy when a new story is published 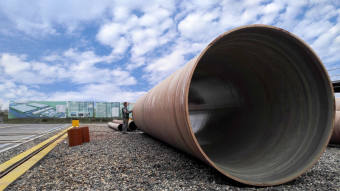