Lawyers should not rewrite crisis communications

I chaired a Financial Times event last week about crisis management — in particular what to do when your company’s activities cause harm, injury or death to your customers or the public.

Among the issues in the discussion, held under the Chatham House rule, which means I cannot identify the participants, was the need to provide sympathy and support to the victims and their families, to ensure employees understood what had happened, to begin the search for the facts — and to make sure the lawyers didn’t stop the company saying or doing the right thing.

Lawyers, according to one participant who had been through several headline-making crises, can really mess it up. In their desire to ensure the company does not admit legal liability they can cause serious damage.

Some in-house company lawyers recognise this. Keith Ruddock, who spent 24 years in-house with Royal Dutch Shell and the Weir Group has written: “Lawyers are generally trained to avoid, or at least minimise, legal risks and exposure . . . However, in a crisis situation, adopting a legalistic approach may only serve to worsen the outcome.”

Lawyers’ first response may be to worry about the company’s legal liability, preferring not say too much or to be defensive. But a lawyer whose first response in a crisis is to protect the company’s legal position, “may (eventually) win the legal case, but could well have already lost the reputational argument. Most companies can withstand a major financial impact, but a reputational disaster will take years to recover from,” Mr Ruddock wrote.

He referred to one of the most egregious cases of a company getting it wrong: Thomas Cook’s response to the death in 2006 of two children on one of its holidays in Corfu in 2006. The children, Bobby and Christi Shepherd, were killed by carbon monoxide poisoning from a defective hotel boiler.

The British tour operator was not to blame; the hotel owner was. But a UK inquest into the children’s deaths found the company had failed in its duty of care to their parents. At the inquest, Thomas Cook’s chief executive said the group had nothing to apologise for because a Greek court had cleared it of criminal responsibility.

It was only in 2015, nine years after the tragedy and after suffering extensive damage to its reputation, that the company apologised to the parents.

Critics blamed Thomas Cook for paying too much attention to the lawyers, but Mr Ruddock wrote that lawyers did not need to restrict the company’s response. Lawyers were actually well-equipped to deal with crises. “Lawyers generally take a rounded view of matters; they are often used to professional conflict; they typically adopt an analytic, proportionate view; and are used to multifunctional team working,” he said.

How to ensure that legal defensiveness doesn’t trump everyone else’s approach? At the FT conference, participants stressed the importance of rehearsing for crises. This included who would need to be involved: the chief executive’s office, communications, human resources — and legal.

The crisis risks may be obvious. For an airline, the fear is of a fatal crash, for a mining company, an underground accident or environment-damaging spillage. A food company worries about contamination or poisoning. But tragedy can strike any company: ITV, the UK broadcaster, last week had to end production of The Jeremy Kyle Show, its most popular daytime television programme, after the death of a participant who failed a lie-detector test on a recently-recorded episode. 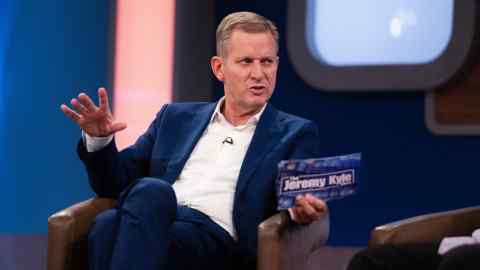 Companies should think in advance about what they are going to do, and say.

After an accident in which people have been injured or killed, companies need to express sympathy for victims and their families, explaining what they are doing to help and provide a contact point for anyone affected by the crisis. Companies need to announce what investigations they are setting up and which regulatory authorities they are assisting.

The conference participants said it was important for companies to say what they knew. What they tried to keep back, social media would expose. They also had to ensure that any employees who may feel responsible were contacted and supported.

Companies can do all this without accepting legal liability. While the lawyers need to see the statements the company is issuing, they should steer away from watering them down. As another lawyer, Nick Watson, former senior legal counsel at Control Risks, wrote in 2017: “You should be wary of generating announcements that have been ‘over-lawyered’; a halfhearted or mealy-mouthed apology is worse than useless.”