We’ll send you a myFT Daily Digest email rounding up the latest Africa news every morning.

Since the first African coronavirus case was confirmed on February 14 when a Chinese national was diagnosed in Egypt, the virus has spread to virtually all corners of the continent.

Bill Gates, the Microsoft founder whose charitable foundation is focused on the pandemic, has warned that, if left unchecked in a region of crowded slums and flimsy health systems, the disease could claim a horrifying 10m African lives.

Yet, more than two months on, some are daring to whisper a more hopeful message. Maybe, just maybe, the continent could be spared the worst of the pandemic. “I don’t get it,” said Kennedy Odede, a grassroots organiser who said that of 400 people tested randomly in Nairobi’s huge Kibera slum last week, only three were positive. “For me, it was good news.”

Africa has more than 32,000 official cases of the virus that has infected more than 3m people around the world, and suffered fewer than 1,400 deaths. Given the limited testing capacity, the numbers may greatly underestimate the true burden, although Mr Odede, like others, said there was little evidence of unexplained outbreaks of the virus. At face value, the figures suggest that a continent of 1.2bn people had suffered fewer Covid-19 deaths than the US was recording each day.

“People are very cautiously beginning to breathe a sigh of relief, although it is too early to say that we’ve dodged a bullet,” said Murithi Mutiga, a Nairobi-based analyst with the Crisis Group think-tank.

John Nkengasong, director of the Africa Centers for Disease Control and Prevention, warned it would be wrong to draw any firm conclusions. There was, he said, no hard evidence that any factors specific to Africa — whether a younger population, warm weather or even the prevalence of BCG vaccinations against tuberculosis — had any impact on the disease’s spread.

“I would be extremely cautious at this point to make any statement that we are moving slowly and that there are special factors,” he said, adding that confirmed cases have risen by more than 40 per cent in a week. That suggested Africa might simply be behind the curve, with the pandemic picking up speed now.

“Our testing level is extremely low,” he said, implying many cases might have gone undetected. About 415,000 tests meant only 400 per million had been carried out, which is much lower than in Europe.

Rather than speculate about unproven factors retarding the disease’s spread, Mr Nkengasong said he preferred to praise the decisive action taken by governments. “African countries took very radical steps very early on by shutting frontiers and doing lockdowns,” he said.

Paul Hunter, professor of medicine at the University of East Anglia, said the authorities were right to be cautious. Still, he said, there were reasons to suspect the virus might be less deadly in Africa where droplet-spread diseases, such as flu, have tended to spread more slowly. The continent had only one case of severe acute respiratory syndrome (Sars) during the 2002-03 outbreak, with a sole infection in Cape Town.

Slower spread of airborne infections, said Prof Hunter, might be attributable to less dense populations, the effect of ultraviolet light or a climate that meant people spent more time outside.

In the case of coronavirus, he said, Africa’s youthful population may also help to explain the low death rate so far. The median age in Africa is 19.4 years, compared with 40 in Europe and 38 in the US.

Prof Hunter said: “There have been so few cases of severe disease in people under 20 in the west that, when you have a population that is median age 19, the risk of high numbers of fatalities is substantially reduced.”

Nor was there strong evidence, Prof Hunter said, that the benefit of young populations was undermined by poor nutrition. “Malnutrition may be a contributing factor to mortality, but there is no evidence for what is at this stage just a hypothesis,” he said.

One way to judge whether coronavirus deaths might be being under-reported was to search overall fatality statistics for deaths in excess of normal levels. In South Africa, deaths in the year up to April 14 were “generally within the bounds of expectation”, according to the country’s Medical Research Council, suggesting few hidden coronavirus deaths.

In Egypt, a country of 100m people that has recorded 4,782 infections and 337 deaths, one epidemiologist said the data released by the health ministry was insufficient to predict the course of the disease. But he doubted that the official statistics were wildly inaccurate: “If infections were drastically higher, we would see hospitals being overwhelmed, which is not happening. But it could still happen.”

Trudie Lang, director of the Global Health Network at the University of Oxford’s Nuffield Department of Medicine, said it would be wrong — and potentially dangerous — to jump to conclusions. It was far too early to conclude from the data available that the disease was spreading more slowly, she said.

However, Prof Lang said it was possible the virus was spreading “differently” in Africa, including with more asymptomatic cases. It was possible, too, that people with underlying conditions such as tuberculosis might respond differently to Covid-19, conceivably making patients more resistant, because of a previously triggered immune response, rather than more vulnerable as is usually surmised.

“It is really important to have evidence-based conclusions,” Prof Lang said, adding that it was vital to conduct research into the disease’s progress to help governments implement informed policies.

Until health experts knew exactly what was going on with the disease, she said, governments were right to err on the side of caution. “We need to keep measuring and to keep testing,” she said.

Video: What coronavirus will mean for Africa 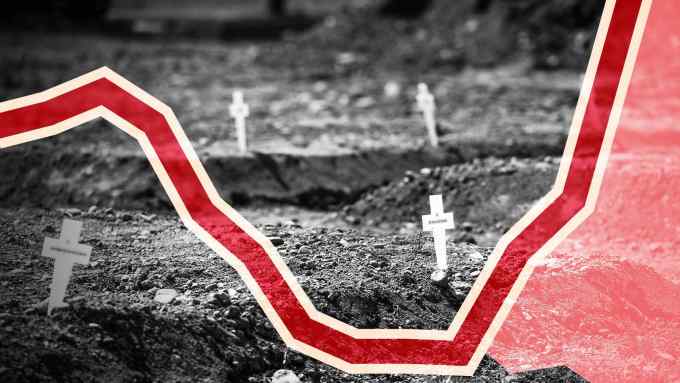